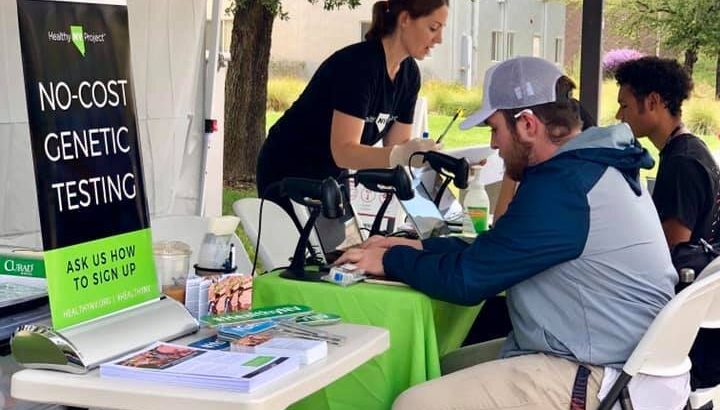 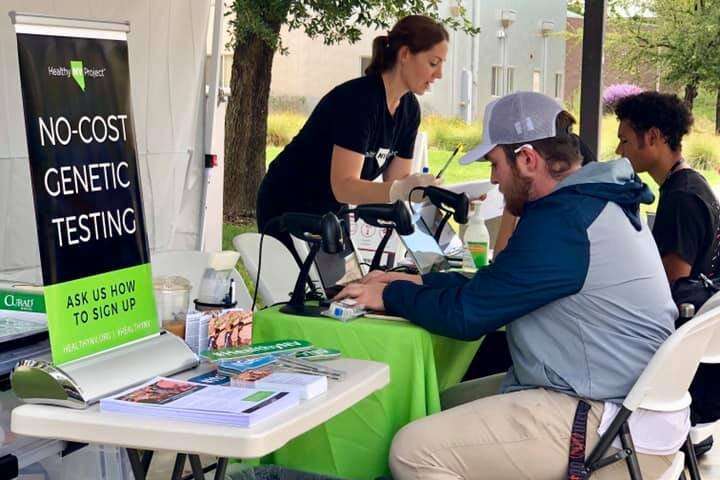 In a new study published today in the journal Nature Medicine, researchers behind the Healthy Nevada Project suggest that community-based genetic screening has the potential to efficiently identify individuals who may be at increased risk for three common inherited genetic conditions known to cause several forms of cancer and increased risk for heart disease or stroke.

In 2018, the Healthy Nevada Project (the largest, community-based population health study combining genetic, clinical, environmental and social data) started notifying consenting study participants who have certain genetic variants which predispose them to the Centers for Disease Control and Prevention (CDC) Tier 1 genetic conditions. The study focused on identifying carriers of these conditions, which include Hereditary Breast and Ovarian Cancer, Lynch Syndrome, and Familial Hypercholesterolemia, because they are the most common conditions and early detection and treatment could significantly lower morbidity and mortality.

Initial results from almost 27,000 study participants showed that 90% of carriers of the CDC Tier 1 genetic conditions were not previously identified in a clinical setting. The authors conclude that population genetic screening would identify at-risk carriers not identified during routine care.

“Our first goal was to deliver actionable health data back to the participants of the study and understand whether or not broad population screening of CDC Tier 1 genomic conditions was a practical tool to identify at-risk individuals,” explained Joseph Grzymski, Ph.D., the principal investigator of the Healthy Nevada Project, a research professor at the Desert Research Institute (DRI), chief scientific officer for Renown Health and lead author of the study.

“Now, two years into doing that, it is clear that the clinical guidelines for detecting risk in individuals are too narrow and miss too many at risk individuals.”

Within the group of 26,906 Healthy Nevada Project participants that Grzymski’s research team studied, 358 (1.33%) were carriers for CDC Tier 1 conditions. However, only 25% of those individuals met clinical guidelines for genetic screening. Additionally, more than 20% of the carriers already had adiagnosis of disease relevant to their underlying genetic condition.

“We’re at a point now where it’s possible to do clinical-grade genetic screening at population-scale,” added James Lu, M.D. Ph.D., co-founder and chief scientific officer of Helix and senior co-author of the study. “What this study demonstrates is the potential impact of doing so. By making genetic screening available more broadly, we can help the millions of Americans who are unaware that they are living at increased risk for highly actionable, genetic conditions take action.”

Most notably, the study found that of the 273 participants who were carriers of the CDC Tier 1 genetic conditions and had clinical record information, only 22 individuals showed any previous suspicion of their underlying genetic conditions.

“For the first time, we are providing information at the individual level so study participants can make lifesaving changes to reduce their risk based on their genetics,” said Anthony Slonim, M.D., Dr.PH., FACHE, president and CEO of Renown Health and co-director of the Project study. “We’re conducting research on the community level to develop leading-edge research on health determinants for entire neighborhoods, states and eventually, the country. Returning these results allows us to understand the prevalence of genetically programmed diseases and illnesses that we have here in Nevada and ensure we are providing the best prevention and care plans. For the individual, the return of results can be lifechanging.”

According to the CDC, early detection and intervention of the Tier 1 genetic conditions could have a meaningful potential for clinical actionability and a positive impact on public health.