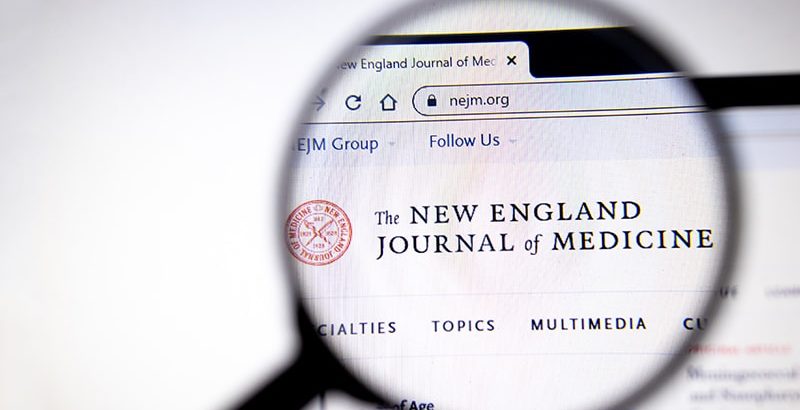 It’s a given that the case of David Bennett, Sr, and his transplanted, genetically modified porcine heart will have a lot to teach, and the peer-reviewed publication this week lends welcome authority to some of its earliest lessons.

Bennett lived for 2 months after receiving the heart in the pioneering surgery, and the new case report compiles the available clinical, anatomic, and histologic evidence and other potential clues to the underlying cause or causes of death.

It also describes a mystery that came to light at autopsy: a grossly enlarged heart due to pervasive interstitial edema, and at the cellular level, a peculiar pattern of myocardial damage that included microvascular deterioration and, potentially as a result, cellular necrosis, according to the new report.

The myocardium itself was described as “thickened and stiff,” consistent with the “diastolic heart failure” that characterized Bennett’s final 10 days and the likely convergence of several underlying processes. Missing, however, was any conventional sign of graft rejection as it is understood clinically or in animal models, the report states.

If a form of tissue rejection was the cause of graft failure, any implicating cellular evidence may simply have been unrecognizable, given the unprecedented nature of the first pig-to-human heart transplantation, the donor animal’s multiple anti-inflammatory gene deletions, and partly investigational immunosuppression regimen, speculated Bartley P. Griffith, MD, University of Maryland, College Park.

“I’m betting against it being a fulminant rejection,” he told theheart.org | Medscape Cardiology, “because we saw nothing like the [characteristic] platelet deposition or thrombosis of the capillaries.”

Griffith, who performed the xenotransplant surgery and led Bennett’s postoperative care, is lead author on the case report published June 22 in the New England Journal of Medicine. “Additional studies are under way to characterize the pathophysiologic mechanisms that resulted in this damage,” the report states.

The report builds on recent meeting presentations on the case, which, as previously reported, gave cursory details regarding the organ damage and other clinical developments during and after the surgery, including evidence that the transplanted heart contained porcine cytomegalovirus (PCMV).

Similar details also appeared in a third-person account based in part on personal communication with Griffith. The cardiac XTx review that focused on this University of Maryland experience was published June 15 in JACC: Basic to Translational Science, with lead author Jacinthe Boulet, MD, CM, Brigham and Women’s Hospital Heart, Boston.

“The question of how to move XTx forward remains uncertain, and appropriate selection of patients for experimental XTx will be one of the most important challenges to be addressed. The first issue we must contend with is whether we are ready to move to the next XTx in a human. We strongly believe this to be the case,” the review states. “Once early experience is gained, with successive iterations of XTx, the bar for success can be raised with maturation of the technology.”

Evidence has so far not implicated several other potential mechanisms underlying the graft failure that had been the focus of early speculations. For example, the transplanted pig heart was infected with PCMV, as previously reported. Bennett showed traces of PCMV DNA in his circulation, but no actual virus in his native cells. Still, PCMV remains a suspect.

Bennett also received intravenous immunoglobulin (IVIG) on several occasions to fight rejection, and also severe infections, including a nasty episode of sepsis. A reaction to the IVIG, derived from pooled donor antibodies, could potentially have caused the unusual myocardial damage seen by the University of Maryland team, Griffith observed. Alternatively, the damage might have been partly related to the patient’s overall severely diminished condition even before the transplant surgery or his rocky postoperative clinical course.

Indeed, Bennett’s condition worsened dramatically on postoperative day 50, and echocardiography showed a striking degree of myocardial wall thickening and heart enlargement, determined to be from edema. “The heart got amazingly stiff but maintained a systolic function that wasn’t too terrible, even to the very end. But his heart seemed as though it had swollen overnight,” Griffith said. “We had never seen that type of process, the suddenness of this swelling, in our nonhuman primate studies.”

The damage to the heart muscle appeared irreversible, based on myocardial biopsy results, so the decision was made to withdraw life support 60 days after the transplant surgery, the report notes.

Among the experience’s apparent lessons for future cardiac xenotransplantation, Griffith said, would be to select patients for the surgery who are in a bit more robust condition than Bennett was, who are perhaps ambulatory, not sarcopenic, and not recently on prolonged mechanical circulatory support. “We’re going to try to pick a patient who, on the front end, is less critically ill but who is just as likely not to benefit from continued medical therapy” and who isn’t a candidate for conventional heart transplantation, he said.

Because of universal efforts to manage conditions like diabetes, hypertension, and vascular disease in the population, and “because these conditions cause many of the cases of organ failure and fuel demand for transplantation, one might wonder whether the advances reported by Griffith and colleagues presage a decreasing demand for organ transplantation,” speculates an accompanying editorial from Jeffrey L. Platt, MD, and Marilia Cascalho, MD, PhD, University of Michigan, Ann Arbor.

“We think the answer is no. Since aging is associated with progressive decline in the function of the heart, kidneys, and other organs, advances that extend life expectancy will ultimately increase the prevalence of organ failure and potentially the demand for transplantation.”

The donor pig was developed and provided by Revivicor, and the investigational KPL-404 antibody drug used in the experience was provided by Kiniksa. Other disclosures for the case report and editorial from Platt and Cascalho are available at NEJM.com. Boulet reports no relevant relationships; disclosures for the other authors are in their report.