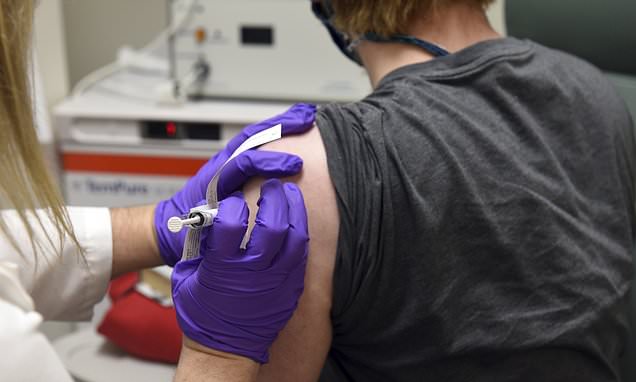 Pfizer claims its shot has milder side effects than Oxford’s: US firm says volunteers in vaccine trials have had only ‘moderate’ symptoms like chills and aches

Fatigue was the most commonly reported symptom data as of August 27, executives said on an investor conference call on Tuesday.

Because the study is randomized, double-blind and placebo-controlled – the gold-standard of clinical trials – researchers do not know if the subject received the experimental jab or a placebo.

An independent data monitoring committee could recommend pausing the study at any time, but has not done so to date, the company said.

However, no major safety issues – such as side effects resulting in hospitalization – have been reported unlike a participant in the Oxford University trial that was recently paused in the US 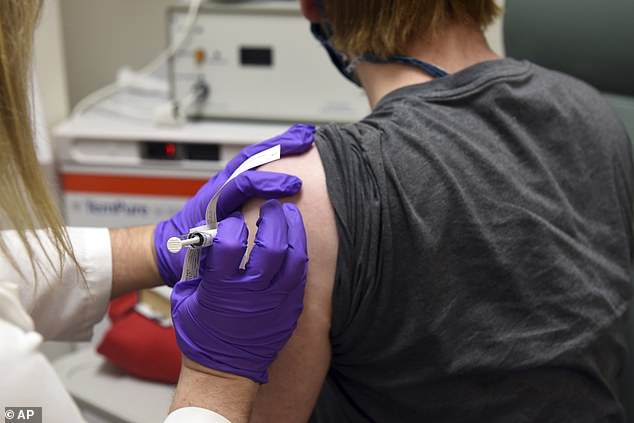 Pfizer Inc says participants have shown mild to moderate side effects from either its experiment coronavirus vaccine or a placebo with the fatigue being the most common sign. Pictured: The first patient enrolled in Pfizer’s coronavirus vaccine clinical trial at the University of Maryland School of Medicine in Baltimore, receives an injection, May 2020 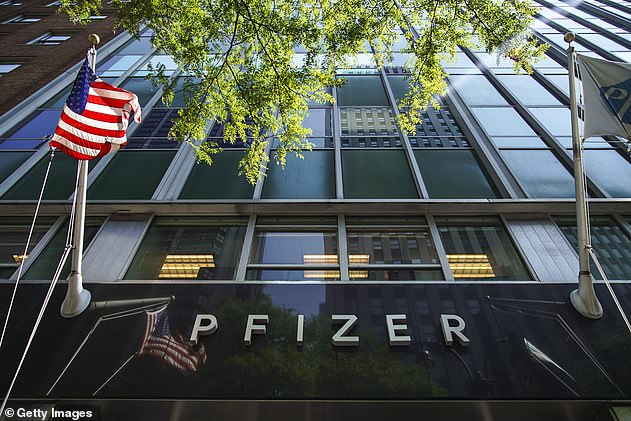 No major side effects, such as adverse reactions that require hospitalization, have been reported. Pictured: Pfizer headquarters in New York City, July 2019

Over 12,000 study participants had received a second dose of the vaccine, Pfizer executives said on the conference call.

The next most commonly reported symptoms were headache, muscle pain, chills and joint pain, respectively.

‘[Researchers] would notify us if they had any safety concerns and have not done that to date,’ Dr Kathrin Jansen, Pfizer’s head of vaccine research, said on the call.

The company has enrolled more than 29,000 people in its 44,000-volunteer trial to test the experimental COVID-19 vaccine it is developing with German partner BioNTech.

Pfizer had said the US Food and Drug Administration (FDA) will consider issuing an emergency use authorization of a vaccine if it sees strong enough safety and efficacy data in a subset of the trial volunteers.

Pfizer added it is continuously scrutinizing the safety and tolerability of the vaccine in its study.

‘What we are doing in terms of releasing data is very unusual,’ CEO Albert Bourla said, according to Bloomberg News.

‘It is a must to release this data.’

The comments come after the COVID-19 vaccine trials of rival AstraZeneca Plc were put on hold worldwide last week after a severe side effect was reported in a volunteer in Britain.

The British participant was rushed to the hospital after suffering a serious reaction that triggered spinal cord inflammation.

AstraZeneca’s trials resumed in the UK and Brazil on Monday following the green light from British regulators, but remain on hold in the US.

The vaccine candidate from Pfizer and its German partner BioNTech uses part of the pathogen’s genetic code called messenger RNA, or mRNa. 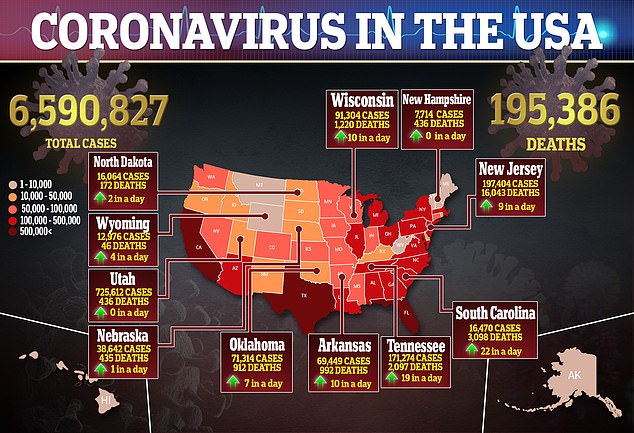 It trains the body to recognize the coronavirus, which will send out an immune response if a person becomes infected.

In July, the company released data from its early-stage trial, involving 45 people who received either a low, medium or high dose of the vaccine in two shots or a placebo.

Volunteers given either the low or medium dose generated not just antibodies against the virus but specifically neutralizing antibodies, meaning they stop the virus from infecting human cells.

Results showed the levels of neutralizing antibodies were between 1.8 and 2.8 times greater than those seen in recovered patients.

Pfizer Inc says it could have results from its late-stage coronavirus vaccine trial available as early as October and – if data shows the jab is safe and effective – it will submit an application for approval immediately. 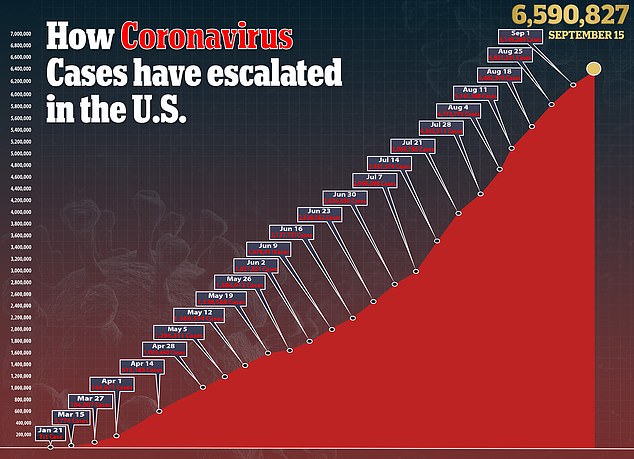