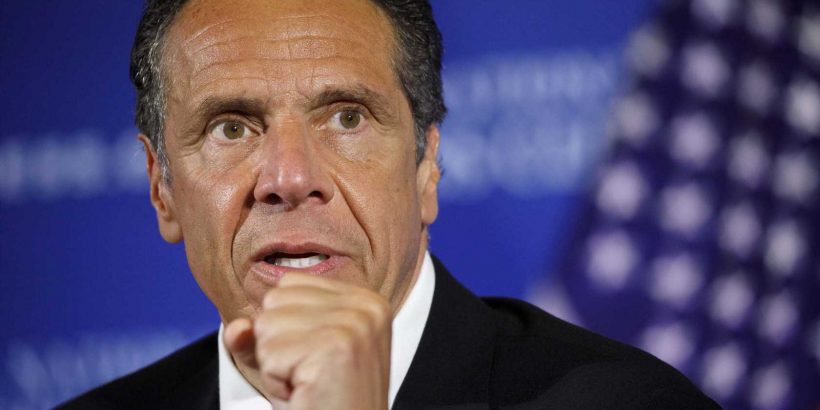 Pharmaceutical giant Pfizer cannot sell its COVID-19 vaccine directly to New York as the state’s governor, Andrew Cuomo, had asked the company’s CEO to do, according to a report.

The Democratic governor in a letter sent to Pfizer CEO Albert Bourla asked if the company could send its jabs directly to the Empire State, as the state does not have enough vaccine supply provided by the federal government, Cuomo wrote in the letter, which he shared to Twitter on Monday.

Pfizer, a New York company, is “not bound by commitments” that Moderna, the biotech company that created the second COVID-19 vaccine to see emergency approval from the U.S. Food and Drug Administration (FDA), made to Operation Warp Speed, the Trump administration’s “broader strategy to accelerate the development, manufacturing, and distribution of COVID-19 vaccines, therapeutics, and diagnostics,” Cuomo argued.

Therefore, he wrote, the company should be able to directly sell to states, bypassing the federal government.

CORONAVIRUS IN THE US: STATE-BY-STATE BREAKDOWN

“The distribution of any doses obtained directly from Pfizer will follow the rigorous guidance the State has established while enabling us to fill the dosage gap created this week by the outgoing federal administration,” Cuomo wrote in the letter.

But no such move can be made without approval from the U.S. Department of Health and Human Services (HHS), which would have to give a formal OK “based on the emergency use authorization that the [U.S.] Food and Drug Administration granted for the groundbreaking vaccine,” the New York Post reported.

“Pfizer is open to collaborating with HHS on a distribution model that gives as many Americans as possible access to our vaccine as quickly as possible,” the company said in a statement, per the outlet.

A representative for Pfizer did not immediately return Fox News’ request for comment Tuesday morning.

The letter to Pfizer’s chief executive came the same day Cuomo also penned a letter to HHS Secretary Alex Azar, who Cuomo demanded to “explain his false claim that reserve vaccine doses would be shipped to states—when in fact the fed gov had ALREADY distributed all of those doses and will not be increasing the supply,” he said on the social media platform when sharing a copy of the letter he penned to Azar.

Cuomo in the letter to Pfizer said that the state is set to receive some 250,000 doses of vaccine this week from the federal government — about 50,000 less than the week before, he noted.

The demand for more vaccine comes after the federal government shifted its guidance on those eligible to receive the vaccine, with the Trump administration last week, in a bid to speed up COVID-19 vaccination efforts, asked states to widen distribution to include people ages 65 and older and those at high risk for severe illness by releasing second doses that were previously being reserved for those who had already received the first jab, as both the Pfizer and Moderna jabs require two doses.

Cuomo in his letter to Pfizer said this move “drove the number of New Yorkers eligible and prioritized for the vaccine from 5 million to 7 million practically overnight.”

So far, New York has administered more than 80% of doses received from the federal government, with more than 772,000 of those eligible receiving both doses as of Jan. 16.