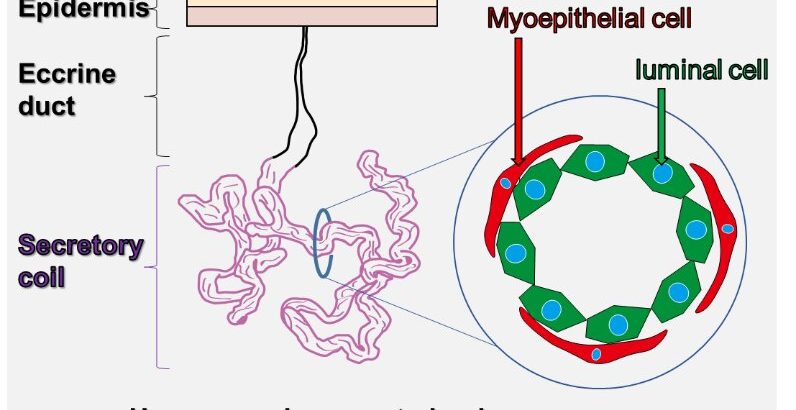 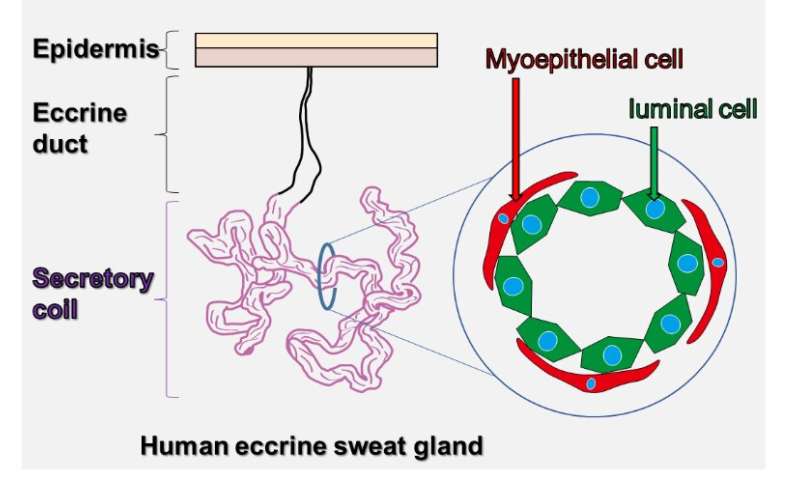 To control sweating, the researchers had to understand the properties of the cells that make up sweat glands and regulate their function. Myoepithelial cells found in sweat glands are involved in the contraction of the glands and function as stem cells to maintain the homeostasis of the glands, playing an important role in human sweating. 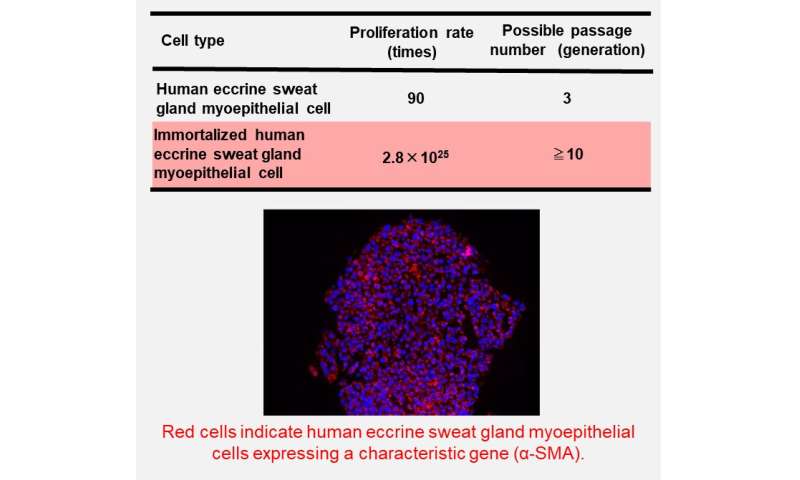