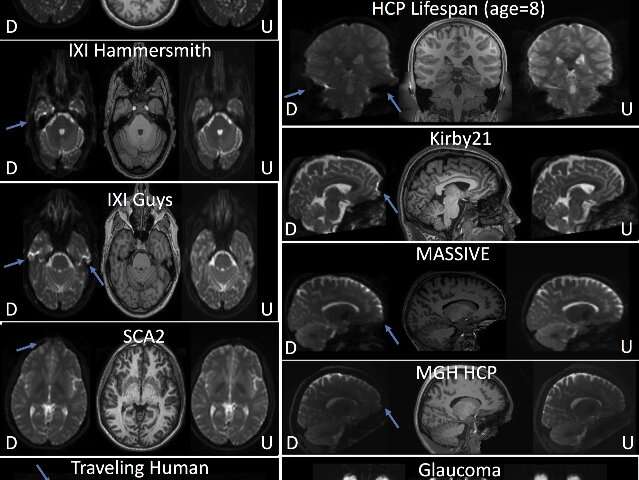 Vanderbilt and VUMC researchers have created a technique that corrects distortions in MRI images, which helps researchers and radiologists to better interpret brain scans.

“To quantify anything in the brain is highly important,” said Landman, the project’s lead researcher. “Incorrect images can distort the image’s intensity, understanding of brain size volume or interpretation of connections of brain pathways. If we don’t have a true image, we cannot accurately observe or describe brain connections, which will negatively affect neurological research.”

Distorted images are common—an image of a three-dimensional object will get squashed or pulled in ways that don’t reflect what the object truly looks like—but this is especially important to fix when the image is of a brain and its purpose is to understand disease or disorder. The new algorithm, Synb0-DisCo, developed by the core faculty at the Vanderbilt Institute for Surgery and Engineering and the Vanderbilt University Institute of Imaging Science, synthesizes what the MRI image should look like from anatomically correct images and uses that data to correct the MRI scan that was acquired.

The analyzed datasets—thousands of images to date—include legacy images from the Human Connectome Project, a large-scale National Institutes of Health-funded project that constructed a complete map of the structural and functional neural connections of the brain, the Autism Brain Imaging Data Exchange and the Baltimore Longitudinal Study of Aging, the largest effort to understand how the brain develops in aging. Images from projects like these are used by tens of thousands of researchers around the world studying the human brain.

“We’ve been able to use deep learning to synthesize contrasts,” said Schilling, the paper’s lead author. “The idea of using information from huge datasets and applying it to a single dataset was a black box before we developed this technique. We’ve been able to learn things about the brain that we never would have been able to, working with only our datasets. That has been a remarkable outcome of this work.”