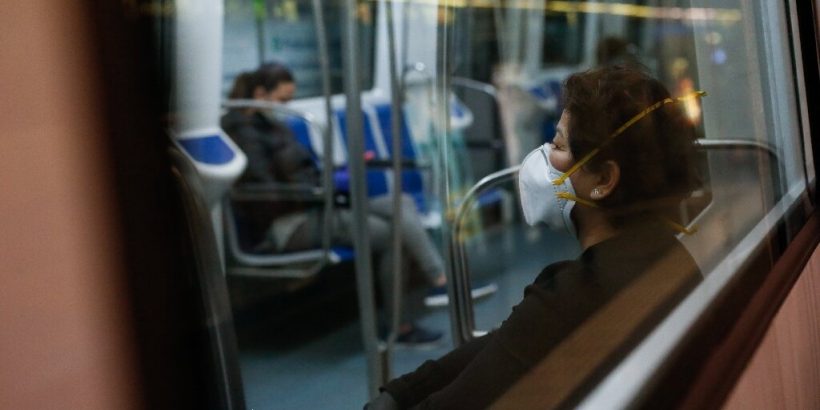 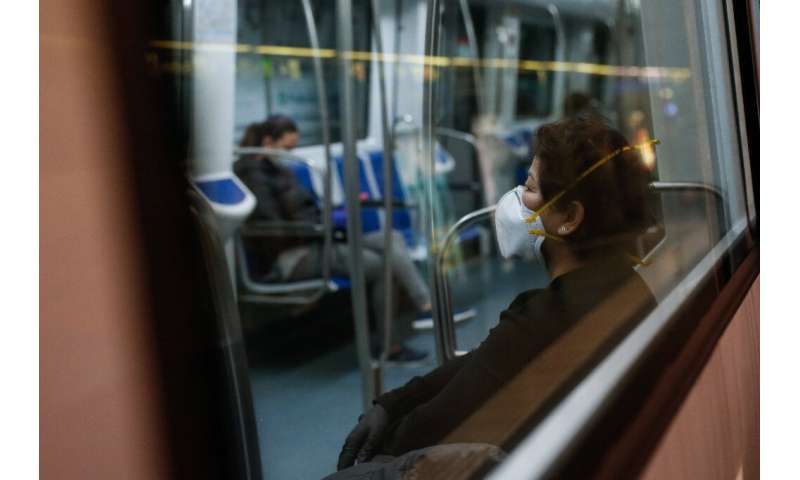 People infected with the new coronavirus may start spreading the virus several days before they have any noticeable symptoms, according to a new modelling study published Wednesday.

The study comes as nations have broadened restrictions aimed at curbing the epidemic, amid concerns over patients who may be infectious despite not showing signs of ill health.

The findings challenge key assumptions behind measures put in place to stop the spread of the pandemic, such as tracing contacts of an infected person only as far back as the time at which they began to show symptoms.

Experts have long conjectured that some people who do not even know they are infected may transmit the virus.

But the new study suggests that even those who get visibly sick may be highly infectious before the onset of symptoms.

“More inclusive criteria for contact tracing to capture potential transmission events two to three days before symptom onset should be urgently considered for effective control of the outbreak,” the authors said in the paper published in Nature Medicine.

Researchers compared clinical data on virus shedding from patients at a hospital in China with separate data on “transmission pairs”—where one person is believed to have infected the other—to draw inferences about periods of infectiousness.

The research team co-led by Eric Lau of the University of Hong Kong took throat swabs from 94 patients admitted to Guangzhou Eighth People’s Hospital and measured infectiousness from the first day of symptoms for 32 days.

They found that the patients, none of whom were classed as severe or critical, had the highest viral load soon after the onset of symptoms, which then gradually decreased.

The study used publicly-available data on 77 transmission pairs, within China and internationally, to assess how much time elapsed between the onset of symptoms in each patient.

It assumed an incubation period—the time between exposure to infection and appearance of symptoms—of a little over five days.

The authors inferred that infectiousness started 2.3 days before symptoms appeared and was at its peak at 0.7 days before the first signs of illness—although they cautioned that pinpointing the exact timing of the onset of symptoms relied on patient memory.

They estimated that 44 percent of secondary cases in the transmission chains were infected during the pre-symptomatic stage.

Infectiousness was predicted to decrease quickly within seven days.

Responding to the study, Babak Javid of Tsinghua University School of Medicine in Beijing said the findings would have “important implications” for measures to control the pandemic, such as whether masks should be worn by those with no symptoms.

“This is important because current public health control measures advised, for example, by the WHO and UK government assume that maximum contagion is after symptom onset. Hence one reason masks are not advocated for wearing by asymptomatic members of the public,” he said.

Javid added that several studies had now suggested that a large number of patients shed the virus before they show signs of illness and said the findings are “likely to be real and robust”.

At the beginning of this month China said it had more than 1,300 asymptomatic coronavirus cases, the first time it has released such data following public concern over people who have tested positive but are not showing symptoms.

As the pandemic has spread, many nations that initially advised only individuals with symptoms to self-isolate and wear masks have expanded their responses to measures that apply across the board.