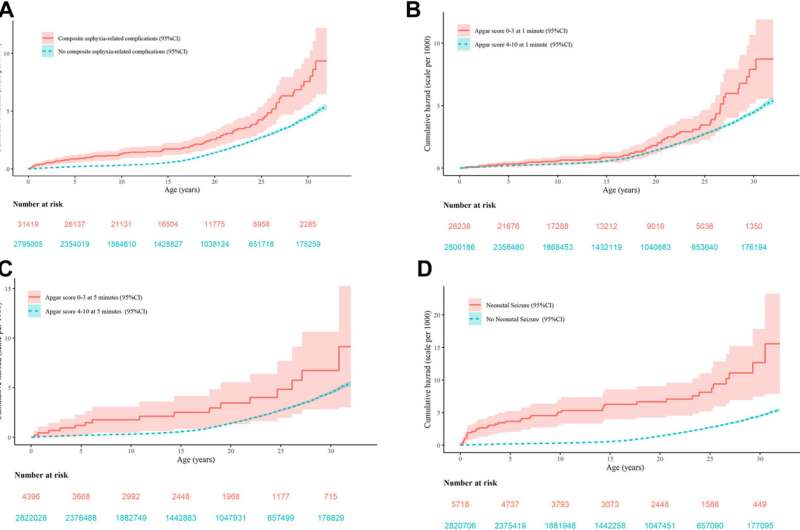 An observational study at Karolinska Institutet shows that babies suffering oxygen-deficiency complications at birth are almost twice as likely to develop cardiovascular disease during childhood and early adulthood as those without such complications. Still, the absolute risk of cardiovascular disease is very low in young age. The findings are published in the journal The Lancet Regional Health—Europe.

According to the researchers, the study could be the first of its kind to examine how complications related to asphyxiation at birth—something that occurs in about four million babies a year globally—affects the risk of cardiovascular disease later in life. Previous research has mostly concentrated on the association between asphyxia in the neonatal period and brain development.

Since the study was observational, the researchers are unable to establish any causality or propose any underlying mechanisms.

The study followed more than 2.8 million individuals born in Sweden between 1988 and 2018, of whom 31,419 suffered asphyxia-related complications at birth. A total of 4,165 cases of cardiovascular disease were identified during the follow-up period. The increase in risk was particularly salient for stroke and heart failure, as well as for atrial fibrillation. The researchers took into account potential confounders such as birth weight and maternal lifestyle.