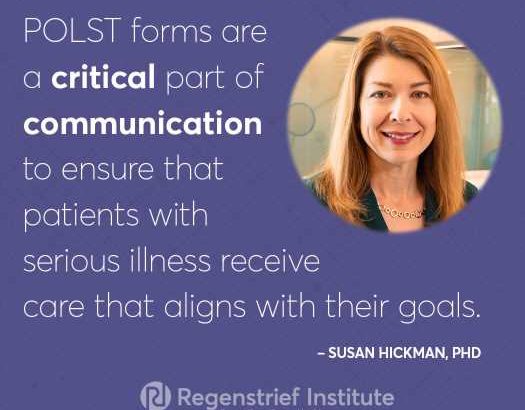 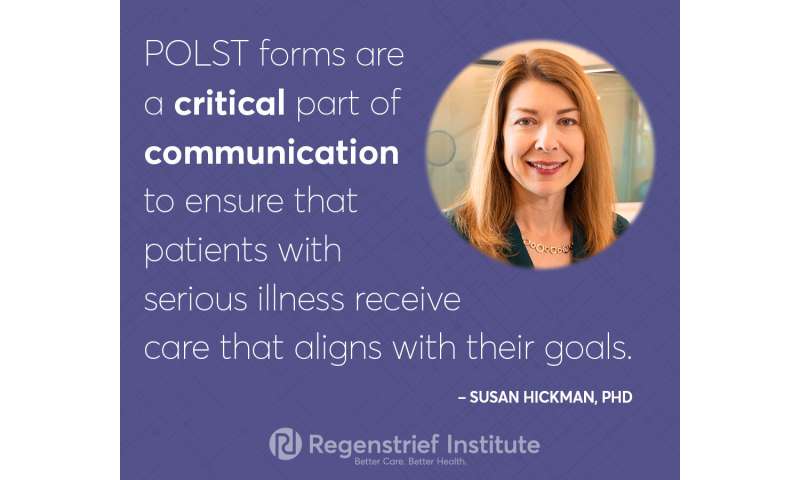 Nursing home residents with medical order forms indicating their treatment preferences were three times more likely to have their current preferences documented in their medical record than residents without the forms, according to a study from Indiana University School of Nursing and IU Center for Aging Research at Regenstrief Institute.

POLST is a medical order form that documents what sort of life-sustaining treatments a person prefers to receive or not receive, such as hospitalization or comfort-focused care. POLST provides more specific directions than advance directives. The POLST form is used widely in nursing homes throughout the United States, though the name varies by state.

“POLST forms are a critical part of communication to ensure that patients with serious illness receive care that aligns with their goals,” said study first author Susan Hickman, Ph.D., director of the IU Center for Aging Research at Regenstrief and professor at IU School of Medicine and IU School of Nursing. “Often, preferences are not communicated with providers, which can lead to more aggressive care than what the patient wanted. This research shows that POLST forms are effective at communicating current care preferences and increases the likelihood that treatments will match preferences.”