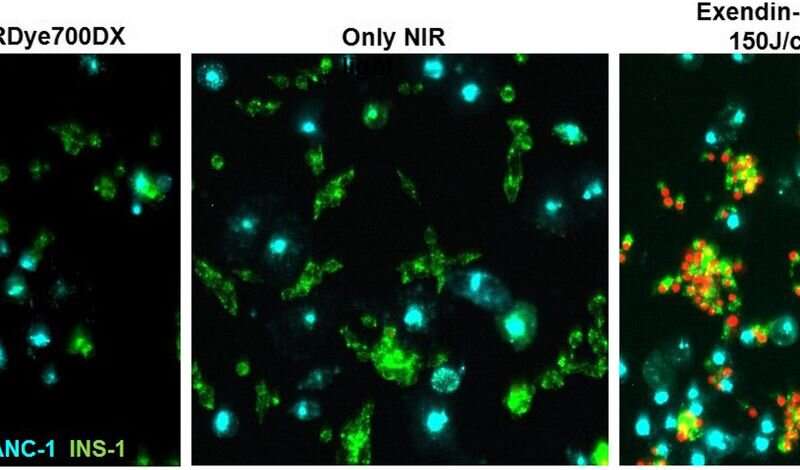 A new method to treat hyperinsulinemic hypoglycemia has proven highly selective in targeting lesions and effective in slowing tumor growth, according to research published in the November issue of the Journal of Nuclear Medicine. The novel approach utilizes receptor-targeted photodynamic therapy with exendin-4-IRDye700DX to induce phototoxicity in insulin-producing cells that cause hyperinsulinemic hypoglycemia.

“Treatment of hyperinsulinemic hypoglycemia is challenging,” said Marti Boss, Msc, postdoctoral researcher in the department of medical imaging at the Radboud University Medical Center in Nijmegen, Netherlands. “Current treatment consists of invasive surgery, which comes with major risks of morbidity, and medication to treat hypoglycemic episodes, which is not always effective and causes side effects. Because of these challenges, a novel, minimally invasive treatment option for hyperinsulinemic hypoglycemia in adults and children is warranted.”

To address this issue, cell and animal models were developed to bear the glucagon-like peptide 1 receptor (GLP-1R), which is expressed on pancreatic beta cells and in high levels on insulinomas. Researchers used receptor-targeted photodynamic therapy, coupling the light sensitive molecule IRDye700DX with the peptide exendin-4 (which specifically targets insulin-producing cells) to irradiate the GLP-1R cells and xenografts. The efficacy and specificity of receptor-targeted photodynamic therapy in causing cell death was measured in vitro. Tracer biodistribution, induction of cellular damage and the effect on tumor growth were measured in vivo to determine treatment efficacy.