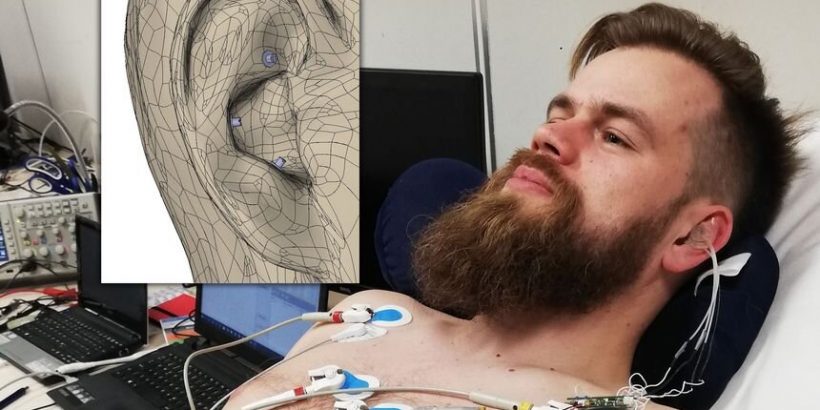 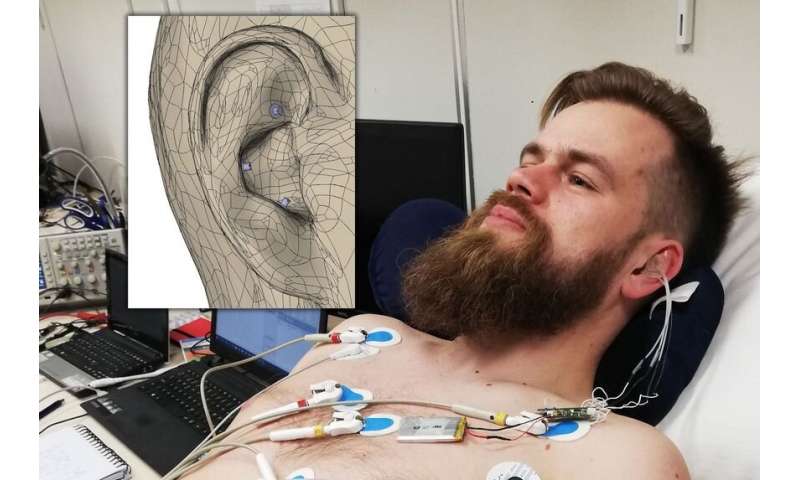 Stimulating the vagus nerve in the ear can help to relieve chronic pain. TU Wien and MedUni Vienna have developed novel, sophisticated methods for electric stimulation of the vagus nerve.

The vagus nerve plays an important role in our body. It consists of various fibres, some of which connect to the internal organs, but the vagus nerve can also be found in the ear. It is of great importance for various bodily functions, including the perception of pain. Therefore, a lot of research has been focusing on how the vagus nerve can be stimulated effectively and gently with special electrodes.

An important step forward has now been achieved through a cooperation between the TU Wien (Vienna) and MedUni Vienna: the microanatomy of the vagus nerve branches in the human ear, in relation to auricular blood vessels, has been studied with a precision on a micrometer scale. Then a 3-D computer model was created to calculate the optimal stimulation of nerve branches using tiny needle-shaped electrodes. These results were then tested on patients. This way, a novel stimulation pattern could be determined, which stimulates the vagus nerve in the ear particularly well.

Tiny electrodes directly on the ear

The team of the electrical engineer Prof. Eugenijus Kaniusas (Institute for Microwave and Circuit Engineering, TU Wien) in cooperation with the Medical University of Vienna has already conducted several studies in which chronic pain or even peripheral circulatory disorders were treated with electrical stimulation of the vagus nerve in the ear. In this process, small electrodes are inserted directly into the ear, which then—controlled by a small portable device worn on the neck—create specific electrical pulses. 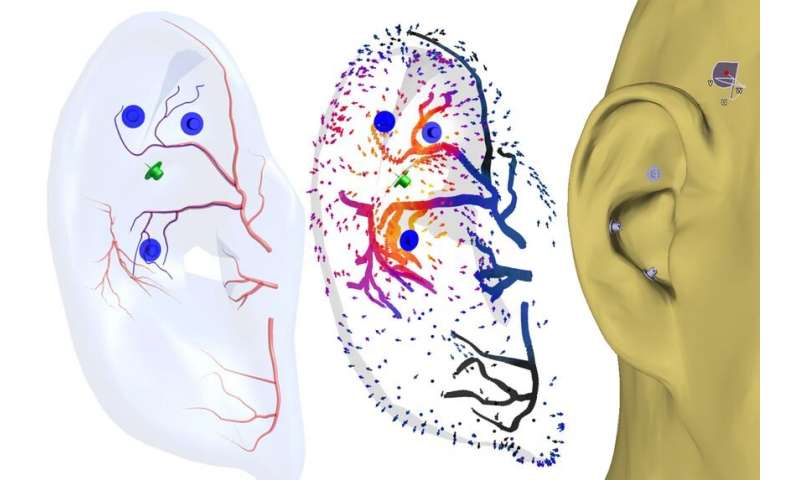 A major challenge, however, is to attach the electrodes in exactly the right place. “It is important not to hit any blood vessels, and the electrodes have to be placed at exactly the right distance from the nerve,” explains Eugenijus Kaniusas. “If the electrode is too far away, the nerve is not stimulated at all. If it is too close, the signal is too strong, leading to blockage of the nerve. The nerve can become ‘tired’ over time and eventually stop sending signals to the brain.”

Until now, medical doctors had to rely on experience when positioning the electrodes in the ear. Now, for the first time, a microanatomical study has been carried out to investigate in great detail spatial arrangements of the nerve fibres and blood vessels in the ear. For this purpose, sectional images of tissue samples were photographed in high resolution and then combined into a three-dimensional model on the computer by Babak Dabiri Razlighi, a researcher in Eugenijus Kaniusas’ team.

“The blood vessels can be made clearly visible in patients by shining light through the ear”, says Prof. Wolfgang J. Weninger from MedUni Vienna. “The nerves, however, cannot be seen. Our microanatomical measurements on donated human bodies now tell us exactly where the nerves run in relation to blood vessels, as well as the average distance between blood vessels and nerves at certain important positions of the ear. This helps us to find the correct spot for placing the stimulation electrodes.” 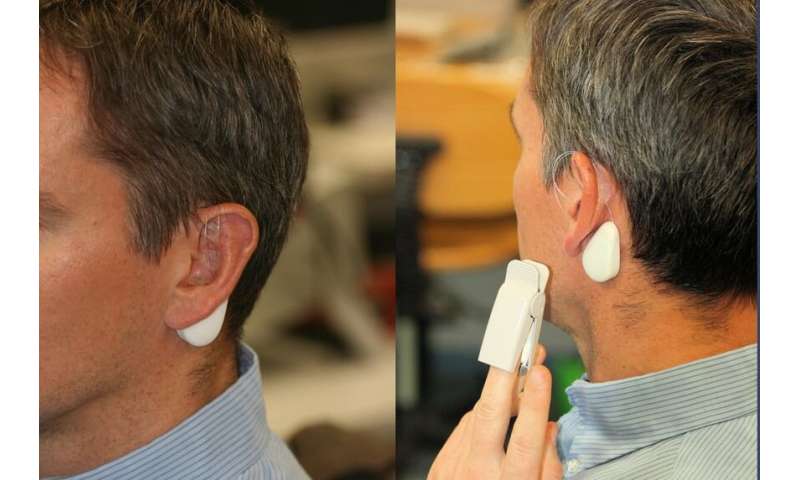 The computer model can also be used to calculate which electrical signals should be used. Not only the strength of the signal is important, but also its shape: “In our computer simulation, it was shown for the first time that from a biophysical point of view, a triphasic signal pattern should be helpful, similar to what is known from power engineering—only with much lower magnitude,” reports Kaniusas. “Three different electrodes each deliver oscillating electrical pulses, but these pulses are not in synch, there needs to be a specific time delay.”

This type of stimulation was tested on people suffering from chronic pain—and the experiments showed that indeed the triphasic stimulation pattern is particularly effective.