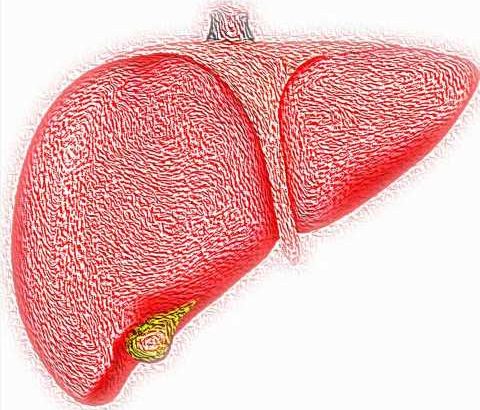 Using a first-of-its-class drug in a clinical trial, an international research effort headed by a scientist at University of California San Diego School of Medicine reports that inhibition of a key enzyme safely and effectively improved the health of persons with non-alcoholic fatty liver disease (NAFLD), a chronic metabolic disorder that affects hundreds of millions of people worldwide.

The gene silencing approach represents a novel way to reverse NAFLD. The findings are published in the June 15, 2020 online issue of The Lancet Gastroenterology and Hepatology.

NAFLD occurs when fat accumulates in liver cells due to causes other than excessive alcohol intake. The precise cause is not known, but diet and genetics are believed to play substantial roles. The condition is typically not noticed until the disease is well-advanced, and perhaps has transitioned to non-alcoholic steatohepatitis (NASH), a progressive form that can lead to cirrhosis, liver cancer and liver failure.

There is no cure. Treatment primarily consists of ameliorating contributory factors, such as losing weight, improving diet, exercising more and controlling for other conditions, such as diabetes and hypertension. No Food and Drug Administration-approved medications exist. In worst cases, a liver transplant may be required.

“NAFLD wasn’t even recognized as a disease three decades ago; now it is alarmingly prevalent, affecting roughly one-quarter of all Americans and emerging as one of the leading causes for liver transplant in the United States,” said the study’s lead author Rohit Loomba, MD, professor of medicine in the Division of Gastroenterology at UC San Diego School of Medicine and director of the UC San Diego NAFLD Research Center. “Given its relative ubiquity and its potentially calamitous consequences, safe and effective treatments are absolutely needed.”

In the double-blind, randomized, placebo-controlled Phase II trial, Loomba and colleagues enrolled 44 qualifying participants at 16 sites in Canada, Poland and Hungary. For 13 weeks, participants were injected with either an antisense inhibitor called IONIS-DGAT2 or a placebo. The inhibitor, produced by Carlsbad-based Ionis Pharmaceuticals, interferes with Diacylglycerol-O-acyltransferace or DGAT2, one of two enzyme forms required to catalyze or accelerate the production of triglycerides, a type of fat found in blood. High levels of triglycerides boost fat storage throughout the body, including the liver.

The researchers found that after 13 weeks of treatment, participants who received the enzyme inhibitor experienced measurable reductions in fatty liver levels compared to baseline, without elevated levels of fats, enzymes or sugars in the blood. There were six reported serious adverse events, including a cardiac arrest and deep vein thrombosis, but the researchers determined the events were unrelated to the study drug.

“These findings showed robust reduction in liver fat by MRI without corresponding increases in blood lipids,” said Loomba. “Given significant proportion of patients achieving roughly a 30 percent reduction in MRI-PDFF, the threshold that corresponds with higher odds of histologic response when treated for a longer duration, it looks like after just 13 weeks of treatment, the drug was actually slowing progression of NAFLD to NASH.