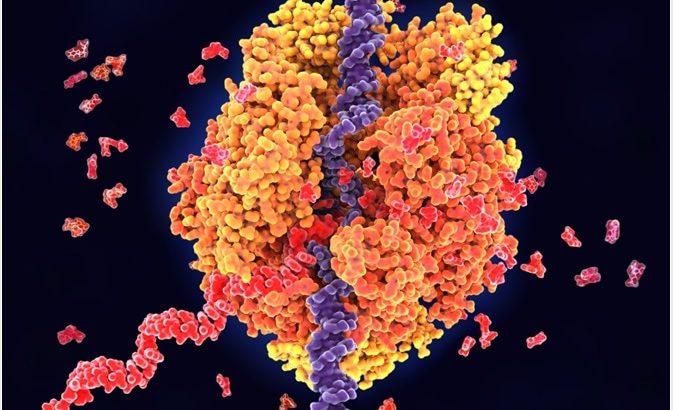 The RNA World hypothesis states that before the evolution of protein synthesis, the world was made up of RNA. There is growing evidence to support this hypothesis, but the question remains; “How was the RNA able to be replicated without enzymes?”.The answer may be answered by non-enzymatic primer extension. 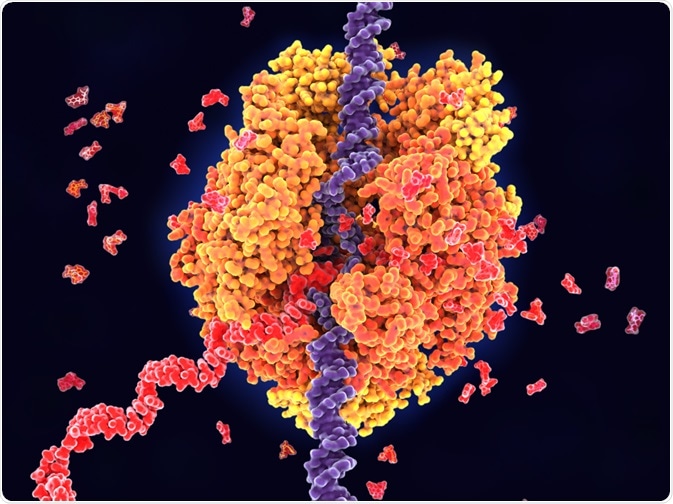 The process starts with a “primer”, a short fragment of RNA (or DNA) that matches a strand of RNA (or DNA). In order to make a new strand from the existing strand, the primer needs to be extended. To achieve this, the monomer building blocks of RNA, or the ribonucleotides, need to be activated to become electrophiles. These monomers follow Watson-Crick base pairing to form a new RNA strand.

How do you make RNA without an enzyme?

In enzymatic RNA synthesis, pyrophosphate groups are released from nucleotides once they join the primer. For chemical synthesis, imidazoles can be used here, and this also has the action of activating the ribonucleotide.

However, it has been difficult to successfully synthesize a new strand of RNA in this way, and it can take a long time; when using 2-methylimidazole, the reaction can take days even if the concentration of monomers used is near the limit where it begins to become insoluble (i.e. very high). Other compounds that can be used include benzotriazoles and carbodiimide, using N-alkyl-imidazole as a catalyst.

New research by the J.W.S. laboratory showed that there is likely to be a covalently bound intermediate formed during this reaction, consisting of an imidazolium bridge between two ribonucleotides. These bound ribonucleotides would lead to a better binding to the template RNA, as there are now two nucleotides that need to match to the template. Even so, it is unclear whether this dinucleotide approach actually favors initiation of the nucleophilic attack needed to extend the RNA primer.

Can a structural study using analogues help to solve this?

To see how a dinucleotide with an imidazolium bridge might aid non-enzymatic RNA primer extension, Zhang et al. crystallized an RNA strand with a primer, along with a molecule similar to an imidazolium-bridged dinucleotide: triphosphate-bridged guanosine dinucleotide (GpppG).

This structure showed that GpppG formed two Watson-Crick base pairings, and that the 3’ end of the primer was likely to “attack” the 5’ end of the adjacent G nucleotide. Therefore, this shows that imidazolium-bridged dinucleotides would react in the same way, and be well positioned for an SN2 nucleophilic attack.

Dr. Maho Yokoyama is a researcher and science writer. She was awarded her Ph.D. from the University of Bath, UK, following a thesis in the field of Microbiology, where she applied functional genomics toStaphylococcus aureus . During her doctoral studies, Maho collaborated with other academics on several papers and even published some of her own work in peer-reviewed scientific journals. She also presented her work at academic conferences around the world.