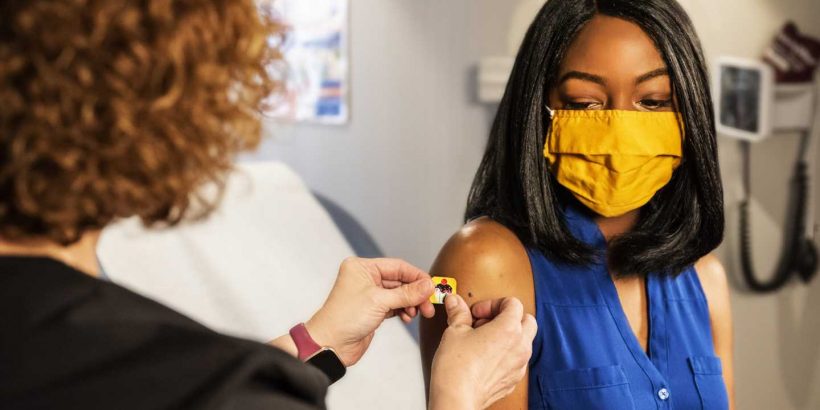 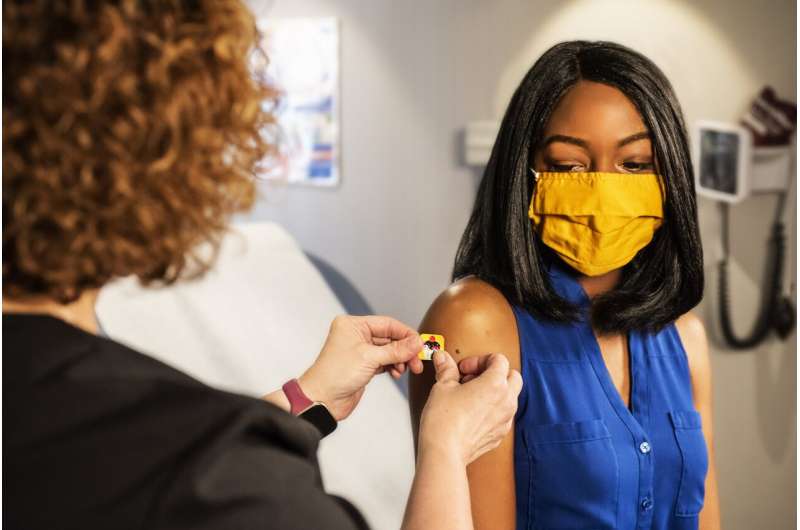 Some recent studies have shown similar peak viral loads in vaccinated people compared to unvaccinated people who contract COVID. This has raised concerns for the efficacy of vaccines for preventing transmission.

How concerned should we be? Are vaccinated people just as contagious as unvaccinated? What does this mean for future plans for reopening?

These studies only show a similar peak viral load, which is the highest amount of virus in the system over the course of the study.

Therefore, vaccinated people are, on average, likely to be less contagious.

A study in medical journal The Lancet followed 602 primary close contacts of 471 people with COVID. It documented transmission and viral load in the group.

Another unpublished pre-print, which is yet to be reviewed by other scientists, suggests a similar trend in viral load between vaccinated and unvaccinated people, as does a CDC report in the US from July which analyzed outbreak data from Massachusetts.

The Massachusetts data came from a number of large public events over a two-week period in July in Barnstable County, Massachusetts. From 469 COVID cases, 346 (74%) occurred in fully vaccinated people. Viral load was similar in both vaccinated and non-vaccinated groups.

However, we shouldn’t fear this analysis too much. The data reported is an imperfect representation of the population, and the measures they used—a single swab and PCR test—don’t provide information about overall viral load over time.

What is viral load?

Viral load refers to the amount of virus present in someone’s bodily fluids at a given point in time. Scientists can measure this by looking at your blood, or more commonly in COVID, swabs of your nose and throat.

Generally, higher viral loads are thought to correspond to a more contagious individual.

However, this isn’t always clear in reality. For example, some people with COVID who don’t have symptoms and have low viral loads transmit more, as they are less likely to follow social distancing, mask wearing, and stay at home.

The evidence on how viral load relates to severity of disease is mixed. Some studies find no relationship between the amount of virus in swabs and poorer outcomes, but others find an increased death rate with increasing viral load.

The results of The Lancet study suggest similarities in terms of viral load between vaccinated and unvaccinated people. But the study doesn’t provide strong evidence that vaccines don’t work to prevent transmission through the population.

While the peak load may be similar, vaccinated people are likely to have lower viral load overall, and therefore be less contagious.

Given vaccines speed the clearance of COVID from the body, vaccinated people have less opportunity to spread the virus overall.

This appears to be the case even with the more infectious Delta variant.

While The Lancet study specifically collected an even number of vaccinated and unvaccinated infections in order to compare them, this isn’t a true representation of the community in Australia. We know being fully vaccinated reduces the likelihood of catching COVID even if the vaccines aren’t perfect (none are) and there are breakthrough infections.

While it’s difficult to estimate the rate of breakthrough infections accurately, studies have estimated they occur in 0.2% to 4% of people. In reality, this means that for every 100 vaccinated people, somewhere between 0.2 and 4 of them would get COVID.

So, while in the rare instance where a breakthrough infection occurs, there may be a similar viral load, and possibly a similar infectiousness, there remain much fewer vaccinated people getting COVID.

Importantly, while The Lancet study also showed a similar rate of household transmission between the vaccinated and unvaccinated, there are a number of other studies in different contexts showing decreased transmission through vaccinated people.

So what does it mean for us?

If you’re one of the unlucky few vaccinated people who get a breakthrough infection, it does mean you have to follow the health advice given to you.

Even though you may not feel sick, you still have the capacity to spread the virus to a vulnerable person around you. Though if the people in your home are also fully vaccinated, then the risk of transmission drops even further again.

However, a vaccinated person is less likely to get COVID in the first instance, is less contagious, and is contagious for a shorter time, resulting in significantly less spread of the virus through a highly vaccinated community.

This, combined with the well-known ability of vaccines to keep people out of hospital and ICU, makes them the most important part of the health response in the near future.