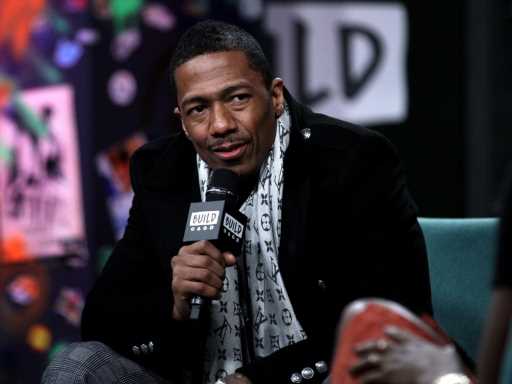 There’s been some speculation about Abby De La Rosa and Nick Cannon’s relationship — like whether or not it’s just really amazing co-parenting, or perhaps something more. Regardless, the pair seem to get along great. Which is especially true when it comes to anything involving their twin sons, 1-year-old Zion and Zillion. De La Rosa, who is expecting Cannon’s third child as reported by TMZ, just shared some adorable footage documenting Zillion attempting to take his very first steps, with Cannon supporting him the whole way.

“Zillion is ALMOST there!” De La Rosa wrote in a text overlay on her Jun. 30 Instagram Story. “Nick Cannon and I are determined to get him to take his first solo steps!” Her short video clip shows a very cute Zillion, sporting a white onesie, blue sweats and an adorable head of curls. Cannon is kneeling beside him, holding his son’s hands and supporting him as he tries to find his footing. “Come on Zillion, come on Bubba!” a proud De La Rosa can be heard in the background. “Okay, okay, okay!”

The video continues in the next Instagram Story slide, as Zillion’s twin brother Zion crawls onto the scene beside him. “Look at you coming in, slow crawling,” Cannon says to Zion, who gets up on his own and walks (runs) toward De La Rosa. “On your feet, on your feet!” Cannon encourages the twins as he picks up Zillion, dancing with him to the music playing in the background.

In addition to the twins he shares with De La Rosa, Cannon also shares 10-year-old twins Moroccan and Monroe with Mariah Carey, 4-year-old Golden and 16-month-old Powerful Queen with model Brittany Bell, and his late son Zen with model Alyssa Scott, who tragically passed away due to a brain tumor.

Go, Zillion, go! We’re proud of the twins’ progress — and Cannon and De La Rosa for their great co-parenting skills.

These history-making Black moms were (and are!) paving the way for women everywhere.