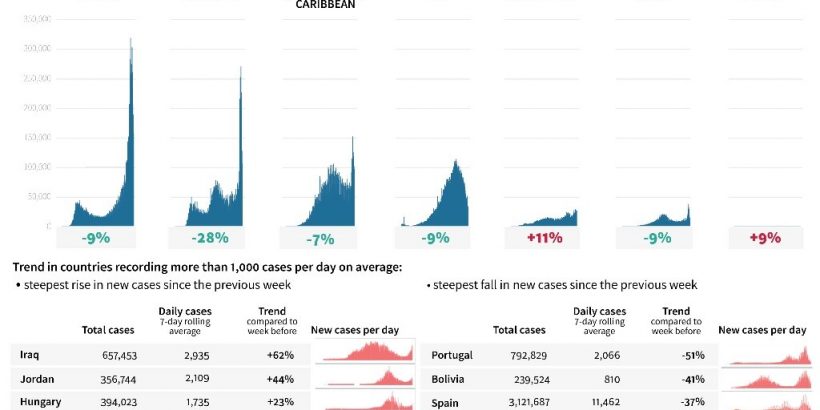 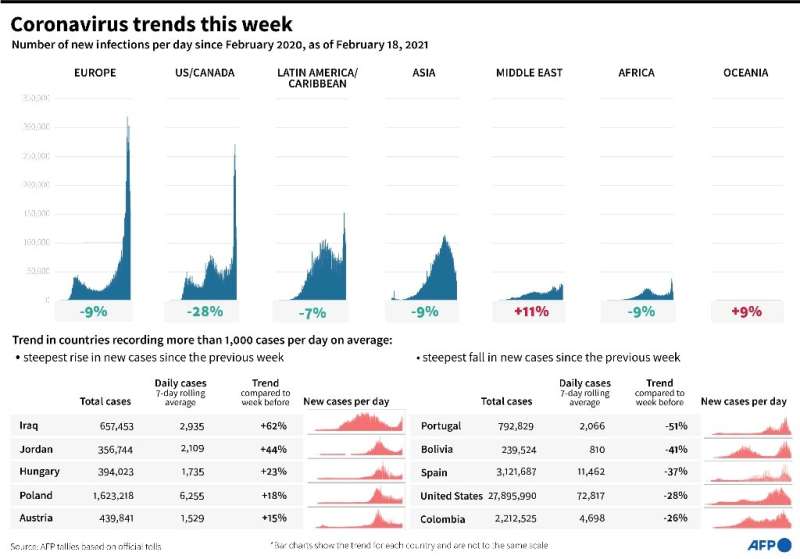 The COVID-19 pandemic has seen a sharp slowdown in the number of new cases, which have been cut in half from a peak in early January, according to data gathered by AFP.

Here is the state of play worldwide:

The number of new daily cases this past week dipped to its lowest level in four months, standing at 362,000, according to an AFP tally to Thursday.

New infections dropped by 12 percent over the week, after reaching a record 743,000 in the first half of January.

Since that peak the number of new cases worldwide has dropped by half (51 percent less). It is the sharpest and most prolonged decline since the start of the pandemic.

The only region to see an acceleration of the pandemic was the Middle East, where new cases increased by 11 percent.

Every other area of the world saw a slackening off, with cases down 28 percent in the United States and Canada, nine percent in Africa, Asia and Europe, and seven percent in Latin America and the Caribbean. 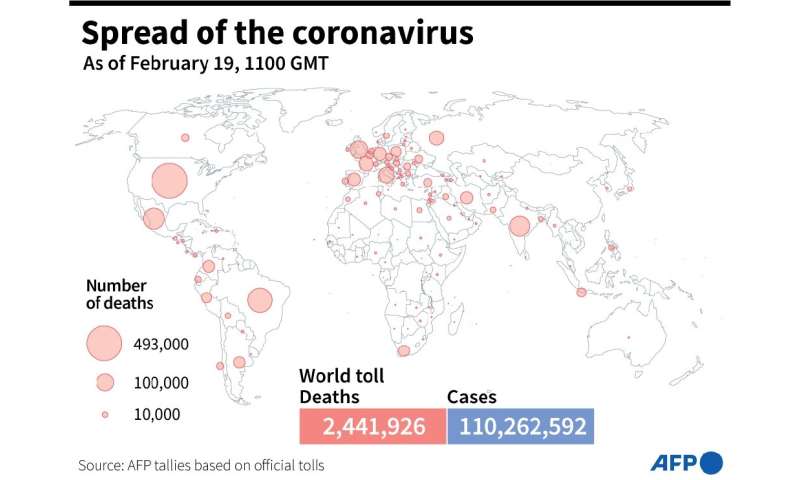 The biggest decrease was in Portugal, where the number of new cases dropped by 51 percent, at 2,100 new cases per day.

Iraq for the second consecutive week is the country where the epidemic is picking up most speed, with 62 percent more, or 2,900 new cases per day. 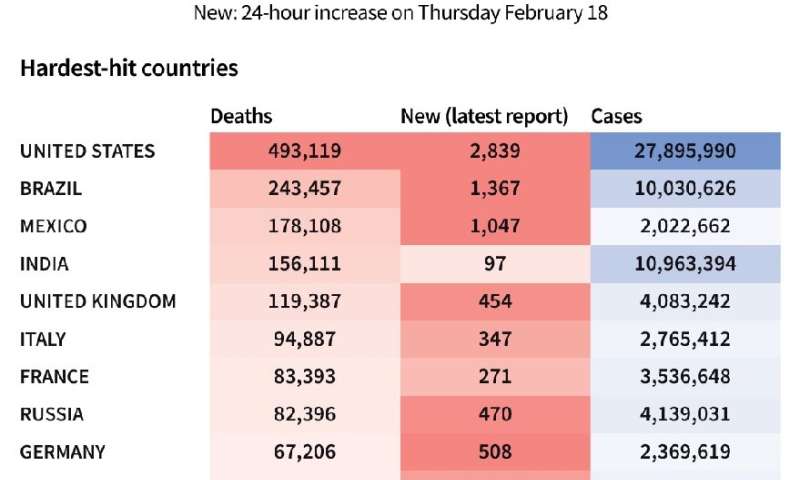 Iraq has re-imposed partial lockdown measures after detecting the UK-based strain of the virus, which is thought to be more contagious than earlier forms.

The ten sharpest rises of the week were recorded in the Middle East and Europe. 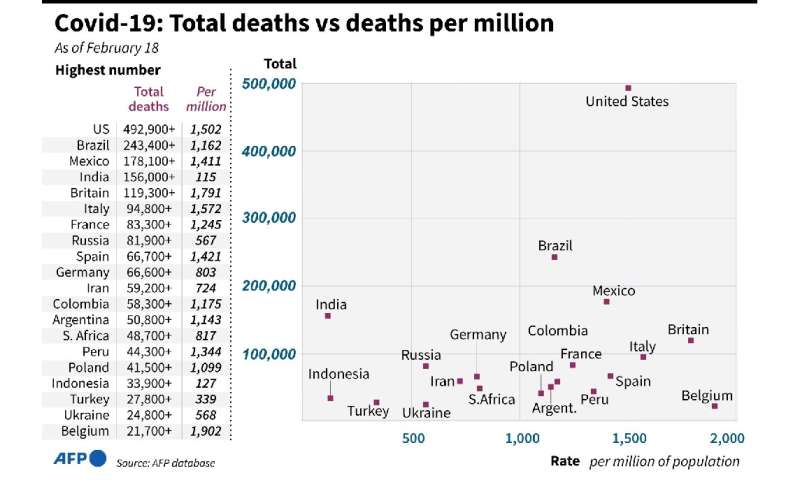 US still has most cases, deaths

Although seeing a major decline in cases, the US remains the country with by far the highest number of new infections, with 72,800 per day on average, a 28 percent decrease over the previous week.

On a per-capita basis, the Czech Republic recorded the highest number of infections, at 544 cases per 100,000 people.