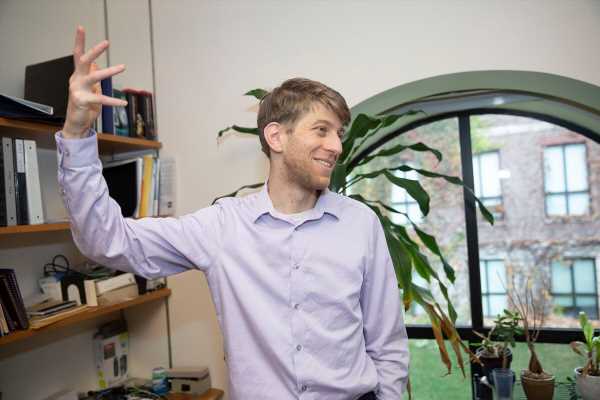 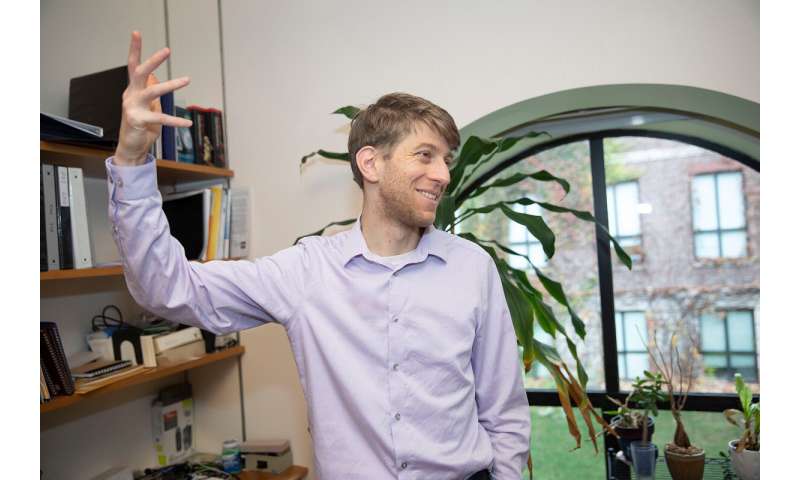 Today, the internet is a sensory free-for-all: Pop-up ads burst into articles every few paragraphs, stealing the screen with lollipop colors and music, shouting product information from unseen corners. The human body is not so different. Every fingernail, elbow, nostril, and eyebrow is constantly vying for the brain’s attention.

“Right now, your little toe is sending signals up to your brain, as is every square inch of your body,” said Adam Cohen, a professor of chemistry and chemical biology, and of physics, “but most of it is not interesting. Your brain has to ignore all that stuff and only pay attention to the very few things that are actually relevant.”

Cohen didn’t set out to investigate attention. Recently, his lab invented technology that makes electrical impulses flowing through neurons in a live animal brain observable for the first time. “The next step is to actually do something with it,” he said, “to actually learn something about how the brain works.”

First, a Ph.D. student in his lab, Linlin Fan, trained their tech on the top layer of the brain. Since the optical tool uses light to record when neurons fire, they could only study this layer for now. “It’s like looking at your hand,” Cohen said. “You can only see the surface because the light only goes a short way into the tissue.” Still, some scientists call layer one a “crowning mystery.” It’s notoriously difficult to study.

Traditionally, scientists stick ultrathin glass probes into brain tissue at random, hoping to “harpoon” neurons so they can record individual signals. In layer one, cells are too sparse for this technique to be efficient; it’s like fishing in an ocean that has just a handful of fish. Because Cohen’s technology shines light on each neuron—like using sonar to see each fish—he can locate and analyze several at a time.

As their optogenetic tool recorded neural signals in live mice, Cohen and his team added stimuli based on the two main types of attention. First, they flicked a mouse’s whisker, provoking a “bottom-up” signal that reports new sensory information. Then, they blew a puff of air on the mouse’s face, activating a “top-down” signal in which existing knowledge shapes perception of a stimuli. “Think of it like a wake-up call,” Cohen explained.

In the whisker-flick experiment, the stimulus caused the expected result: a neuron spike. But when the team artificially excited the same neuron using a laser, and then added a whisker flick, the neuron went quiet. Why? The team discovered that neurons in layer one maintain a careful balance between excitation and inhibition. If too many neurons are firing at once, they suppress others from firing. “The circuit acts like a novelty detector,” Cohen said. Sudden inputs can spark most neurons to fire, but with long-lasting inputs, most of the neurons inhibit each other and cause the circuit to turn almost completely off.

The air puff—a wake-up call for the mouse—added more evidence to this theory. In response to the puff, the few neurons that fired the fastest ended up suppressing their neighbors. If the stimulus is forceful enough, the neurons all spike, competing for dominance, before the winners force the others to quiet down.

Based on their data, the team designed a mathematical model of the circuit, which suggested an intriguing connection to a century-old theory about attention. The so-called Yerkes-Dodson law proposes that a little stress can help increase performance, but it declines when stress increases too much. “Everyone who’s ever taken a test knows this,” Cohen said. His model showed that layer one neurons behaved in a similar way: A little top-down activation wakes them up so they are more responsive to sensory inputs, but too much activation makes the circuit freeze and ignore incoming information.

Cohen and his team will continue to explore how the layer one circuit works to regulate attention, hoping more data can provide critical information on how neural circuits work.