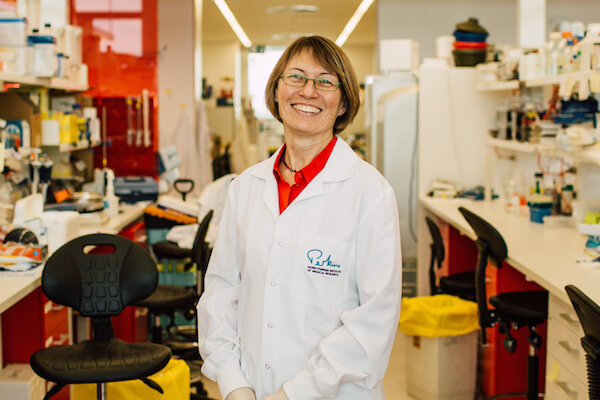 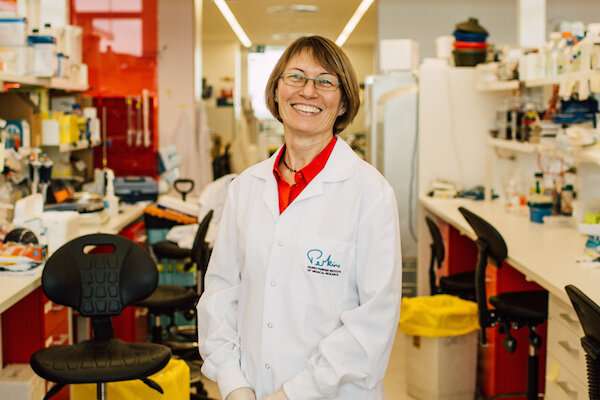 A research team that recently invented a drug to stop blood vessels from forming a treatment resistant barrier around some cancers has now discovered the drug can be used to prevent the cancer from spreading.

“We originally developed the drug to overcome a problem in some cancers that grow a chaotic barrier of blood vessels in the tumor which prevents the body’s immune cells and treatments like chemotherapy entering the tumor,” said Professor Ruth Ganss Co-Head of the Cancer and Cell Biology Division at Perth’s Harry Perkins Institute of Medical Research.

“The drug also sets-up lymph-node-like structures within the cancer to draw in a patient’s immune system and greatly enhance a patient’s own capacity to shrink the cancer.

“What we’ve since discovered is that by ‘normalizing’ blood vessels the drug also stops cancer spreading because it counteracts the cancer’s influence on blood vessels in other parts of the body.

“Cancer spreads when cancer cells travel through the blood stream and settle and grow in other organs, like the lung or brain.

“They are able to establish themselves in a distant body part because the primary tumor secretes substances that make blood vessels in other organs ‘leaky,’ or easier to penetrate.

“So when cancer cells travel in the blood stream they typically settle and grow where there are optimal conditions that have actually been created by the primary tumor.

“The primary tumor effectively ‘talks’ to the site where the metastasis is going to form so when the floating cancer cells arrive, they find a nice cozy environment in which to grow.

“While this behavior of cancer was already known, what we have discovered is that we can interfere with this process because of the way this new drug affects blood vessels.

“We’ve discovered it restores the leaky vessels which results in the cancer cells flowing past and not setting up shop.

“For a patient this means that in future it will be possible to remove the primary tumor, then use the new drug to prevent cancer cells in the blood system from successfully attaching themselves to another organ and growing.

“But, if the cancer cells have already settled elsewhere and started growing then the drug can also be used to increase the number of immune cells brought into the new tumor to help it shrink.”

“So we now have a drug that not only opens up the primary tumor for increased immunotherapy and greater treatment access, but it prevents metastatic spreading and if the cancer has already spread, then the drug escalates the patient’s immune response to the new cancer.

“We now know we can interfere early and late in a cancer’s journey,” Professor Ganss said.

Co-author on the publication, Dr. Bo He who undertook laboratory work on the drug said the research focused on metastatic cancer because most patients succumb to secondary cancers, not the primary.

“Using the drug that the team developed and published in 2017 in Nature Immunology we explored whether it could prevent metastases as well as improve patient immune response.”

“We’re quite excited that we have moved into a different phase of exploring how this drug could be used.

“So far we’ve successfully applied it to melanoma and lung cancer models in a metastatic setting,” said Dr. He.