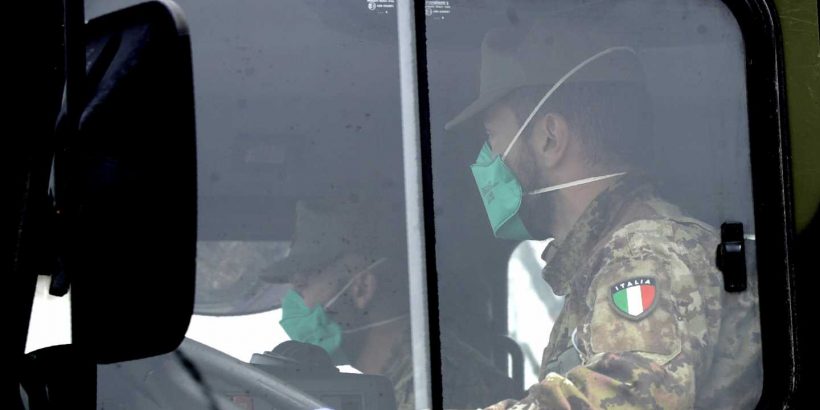 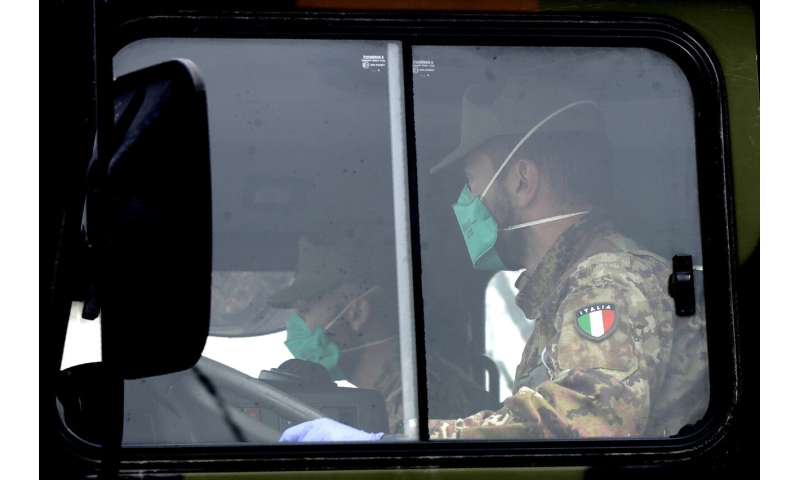 The number of coronavirus infections closed in on a half-million worldwide Thursday, with both Italy and the U.S. on track to surpass China, and a record-shattering 3.3 million Americans applied for unemployment benefits in a single week in a stark demonstration of the damage to the world’s biggest economy.

Health care systems in Europe and New York buckled under the strain, with Spain’s death toll climbing to more than 4,000.

In the U.S., an unprecedented $2.2 trillion economic rescue package to help businesses, hospitals and ordinary Americans make it through the crisis cleared the Senate and is expected to be voted on in the House on Friday. The plan would dispense checks of $1,200 per adult and $500 per child.

At least 2.8 billion people, or more than one-third of the Earth’s population, are under severe travel restrictions. But the head of the World Health Organization, Tedros Adhanom Ghebreyesus, scolded world leaders for wasting precious time in the fight against the virus that has already killed more than 22,000 people and infected over 480,000, thrown millions out of work and ravaged the world economy.

“The time to act was actually more than a month ago or two months ago,” he said Wednesday. “We squandered the first window of opportunity. … This is a second opportunity, which we should not squander and do everything to suppress and control this virus.” 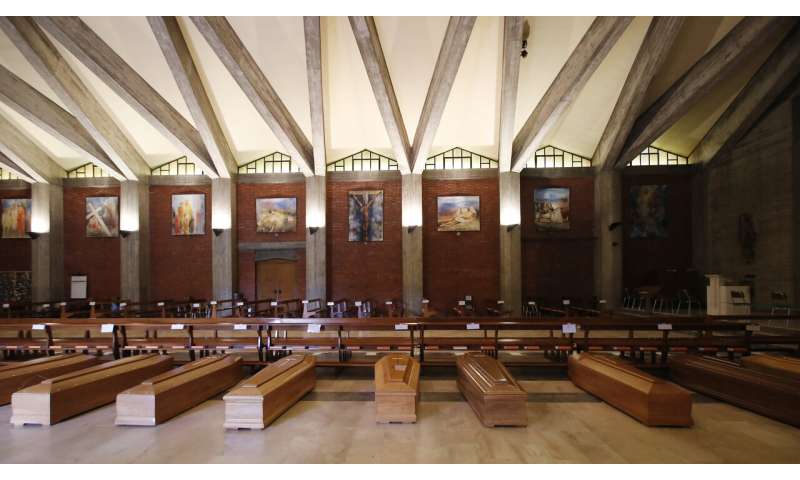 In India, where the country’s 1.3 billion people are under orders to stay at home, untold numbers of them are now out of work, and many families have been left struggling to eat.

“Our first concern is food, not the virus,” said Suresh Kumar, 60, a bicycle rickshaw rider in New Delhi. He said he has a family of six who rely on his daily earnings of just 300 rupees, or about $4. “I don’t know how I will manage.”

South Africa planned to lock down at midnight. The country recorded more than 700 cases of CVOID-19, the highest on the continent.

In the United States, where deaths passed 1,050 and about 70,000 people were infected, the damage from the widespread economic shutdown was made plain when the number of people applying for unemployment benefits last week was nearly five times the old record, set in 1982. 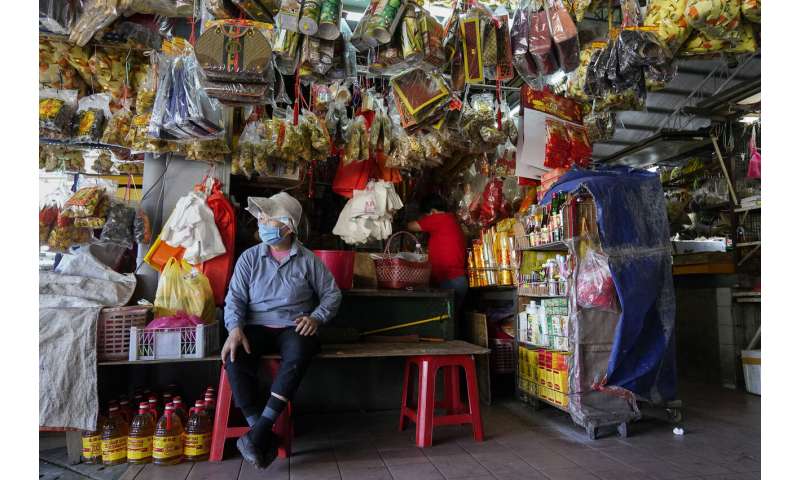 A political battle, meanwhile, raged between those demanding urgent action for a long siege against the pandemic, like New York Gov. Andrew Cuomo, and President Donald Trump.

Trump has expressed hope churches could return to normal by Easter on April 12, and grumbled that “our country wasn’t built to be shut down”—apparently concerned that the outbreak’s devastating effects on financial markets and employment will harm his re-election chances. Democrats say Trump is putting the economy ahead of the health and safety of Americans.

“I’d like to say, let’s get back to work next Friday,” said Joe Biden, the front-runner for the Democratic presidential nomination. “That’d be wonderful. But it can’t be arbitrary.”

In Brazil, the country’s governors are defying President Jair Bolsonaro over his call to reopen schools and businesses, dismissing his argument that the “cure” of widespread shutdowns is worse than the disease. As of Thursday, the country had more than 2,500 cases and 59 deaths. 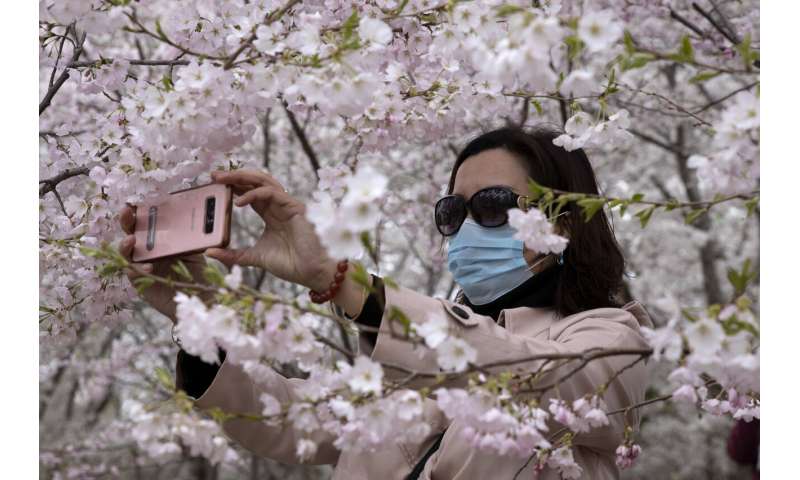 New York has emerged as a virus hotspot. The city’s mammoth convention center is being turned into a hospital. The state recorded more than 350 deaths.

Spain has become the country in Europe where the outbreak is spreading the fastest. On Thursday, the Health Ministry reported reported nearly 8,600 new infections and 655 deaths, bringing the total cases to over 56,000 and more than 4,000 fatalities—second only to Italy’s death toll of about 7,500.

Health Minister Salvador Illa sought to assure Spaniards that government measures to slow the virus were working, telling Parliament that the rises had been smaller than in previous days and “indicate a changing trend that brings us to think that we are entering a phase of stabilization.”

In Italy, doctors and nurses begged the government to provide more masks, gloves and goggles and urged the public to understand how important onerous social distancing measures really are. Scientists say stopping just one person from getting the virus means scores of others will not become infected down the road. 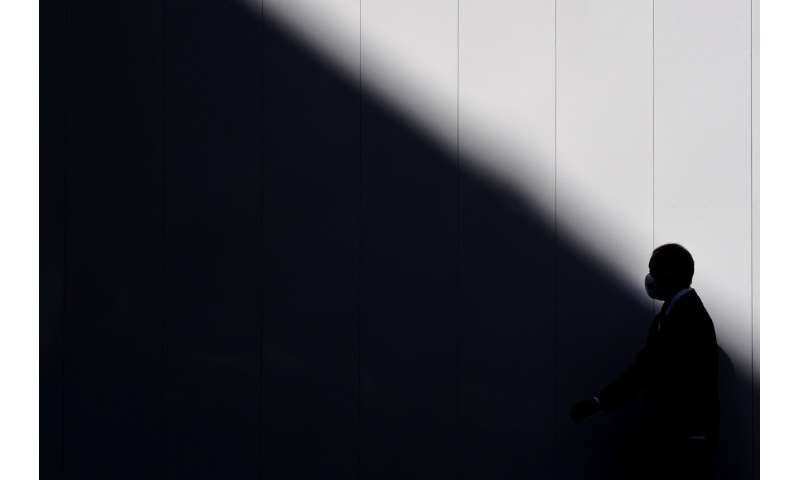 The rate of increase in Italy has slowed slightly, noted Dr. Hans Kluge, the head of the WHO’s European office. He said officials hope to soon figure out whether lockdown measures in numerous countries have worked.

Germany has had a high number of infections at more than 39,000 people, but just 222 deaths—which has widely been attributed to early and aggressive testing, among other factors.

On Thursday, Lothar Wieler, the head of Germany’s Robert Koch disease control center, said the country now has the ability to test 500,000 people a week, perhaps the greatest capacity in the world.

European Union leaders were holding their third summit in three weeks on the virus to manage the havoc it is wreaking on their 27 economies. As the number of deaths in Europe soared past 12,000, Spain extended a state of emergency that will allow it to impose broader lockdowns, while French President Emmanuel Macron launched “Operation Resilience,” a military-backed response to the crisis. 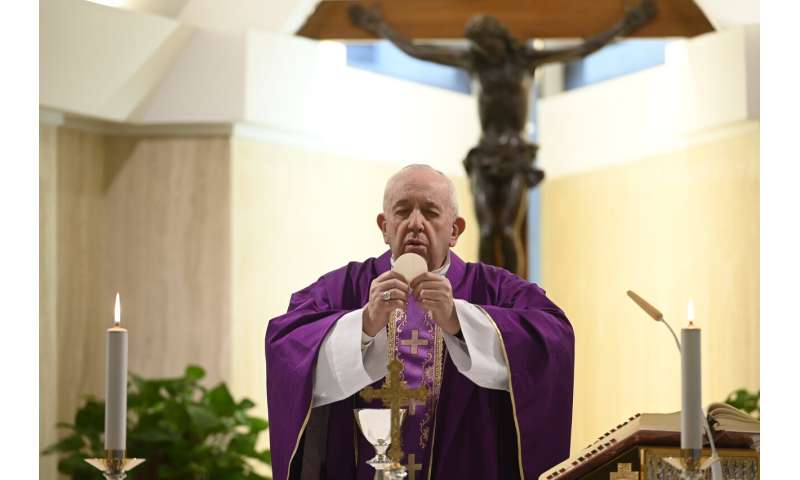 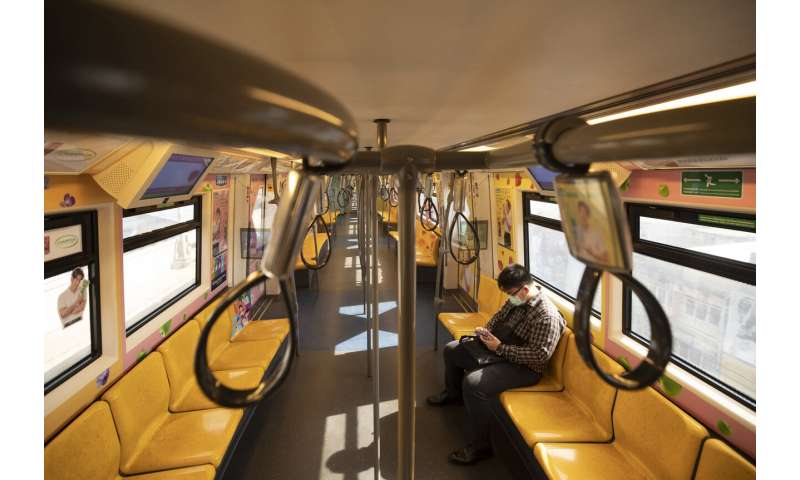 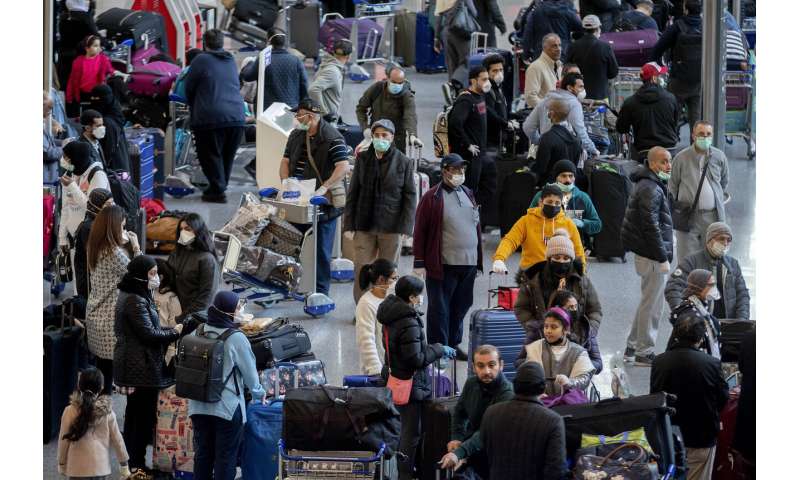 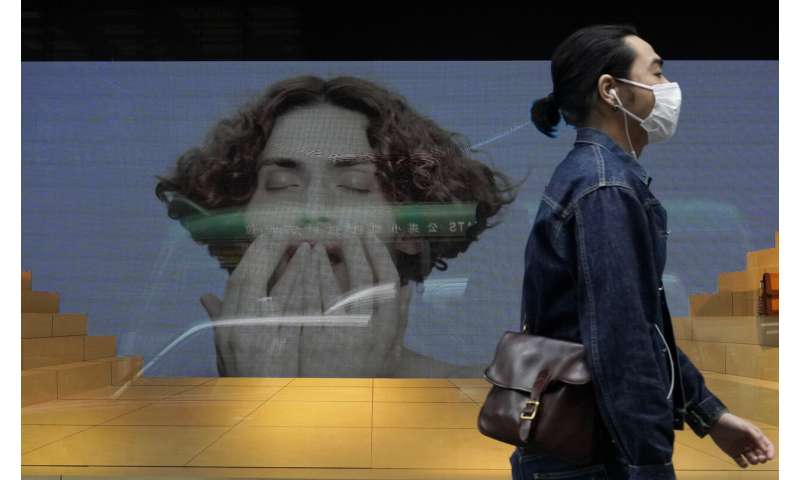 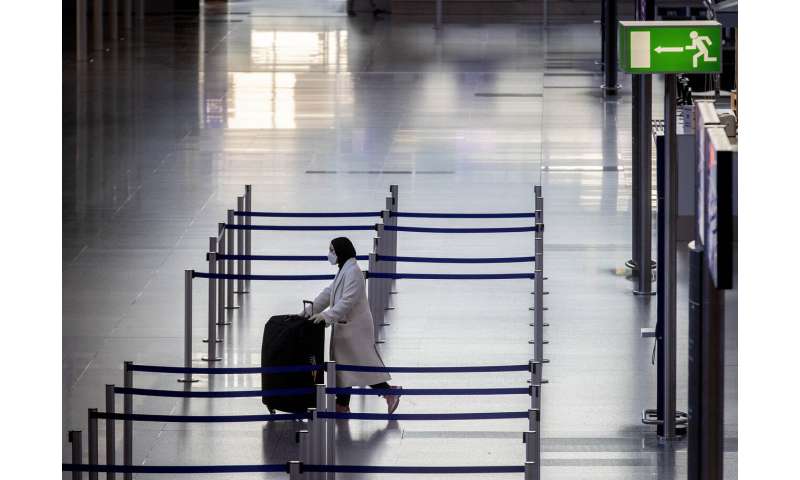 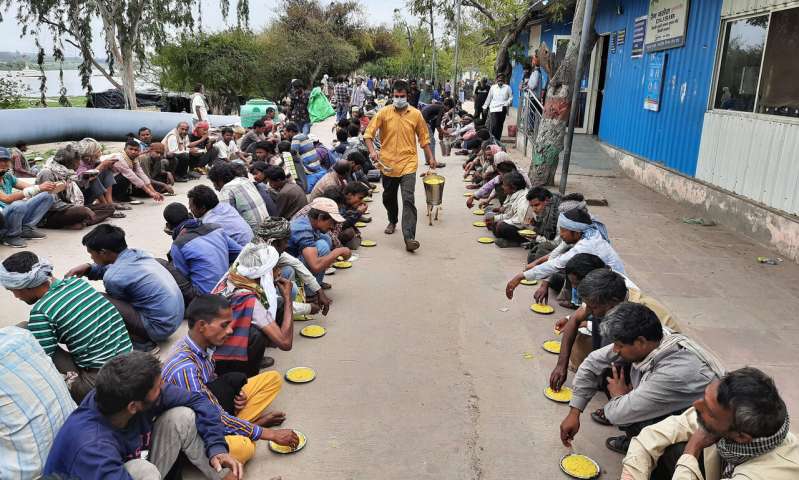 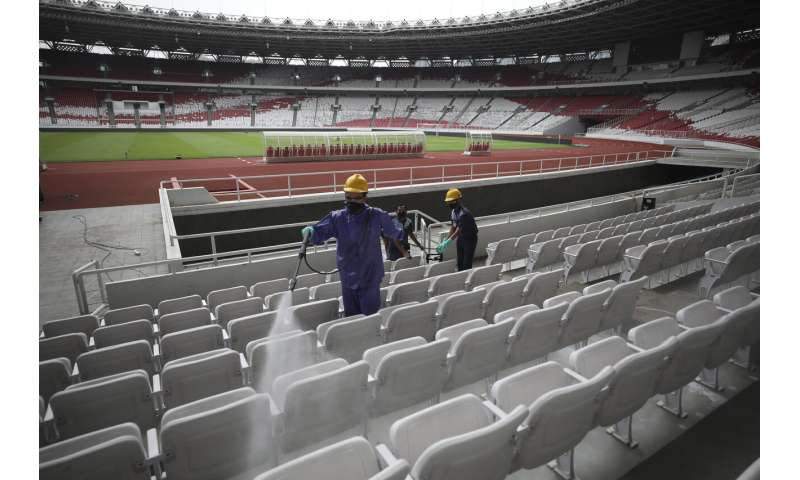 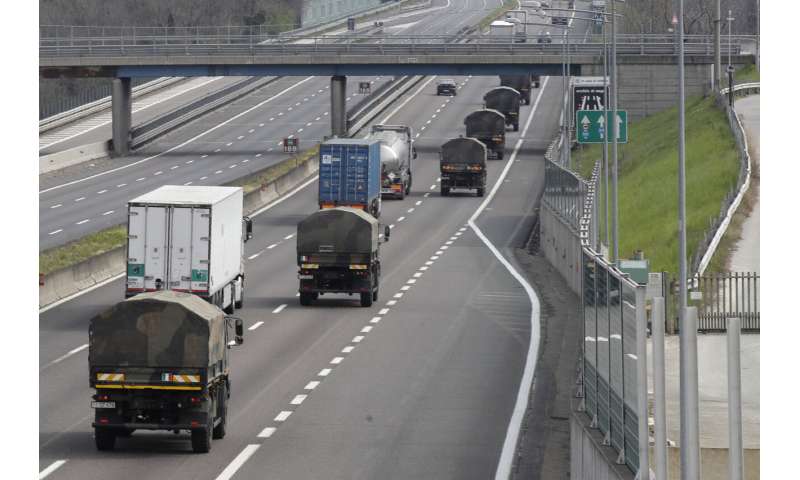 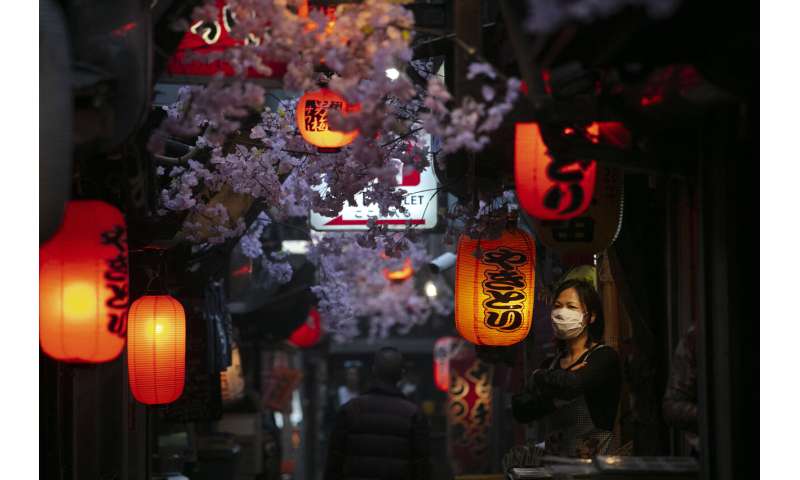 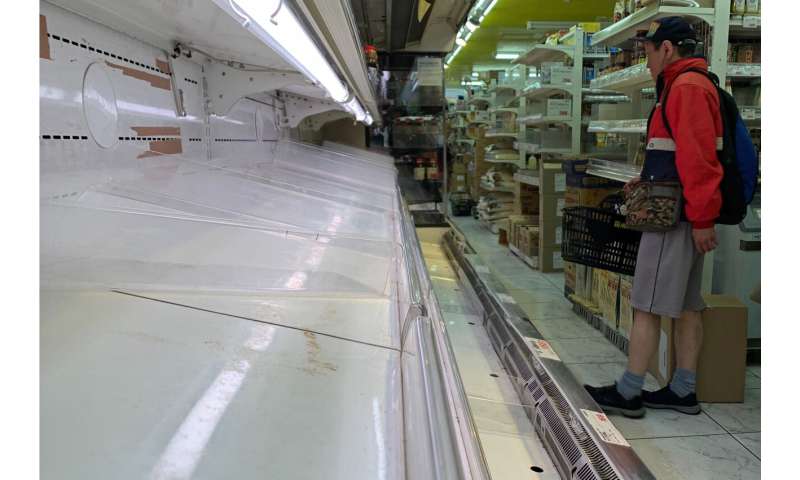 Britain ordered 10,000 ventilators, working with engineers from Dyson. The government wants to increase its supply of the breathing machines from 8,000 to 30,000.

For most people, the coronavirus causes mild or moderate symptoms, such as fever and cough that clear up in two to three weeks. For some, especially older adults and people with existing health problems, it can cause more severe illness, including pneumonia and death.

So far, more than 115,000 people have recovered from the virus, according to a running count kept by Johns Hopkins University.

China’s cases have slowed, with only 67 new cases reported, all recent arrivals.