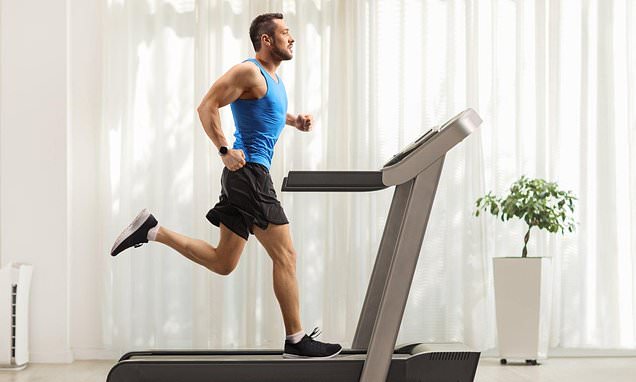 Could a supplement one day REPLACE exercise? Boosting levels of a protein released during a workout ‘can boost muscle gain, fat burning and lung capacity’

It could be possible to get the benefits of exercise without lifting a finger, according to scientists.

A study done on flies and mice found when the creatures were forced to produce a protein released during a workout, they became extra fit.

The animals were given the protein, named Sestrin, without doing any exercise at all – and they still gained muscle, became fitter and burned more fat.

The same protein is made in humans and researchers suggested forcing the body to produce it, or making a supplement, could get people fit without them working out. 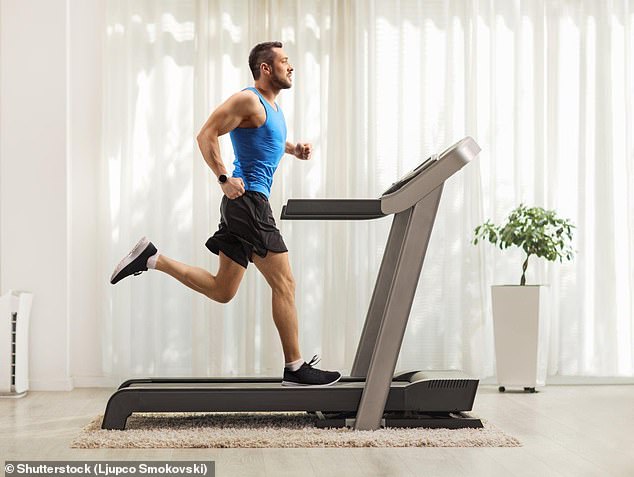 A team from the University of Michigan did the tests on flies and mice to see how Sestrin affected their bodies.

Dr Kim and colleagues believed the production of Sestrin during exercise was what produced benefits in the body.

Exercising increases the flow of blood and oxygen to the brain, skin and vital organs, and strengthens the muscles and bones.

It also improves the ability of the lungs to draw in oxygen, and the heart and arteries to pump blood through the body.

And exercise can help people stay slim and reduce the risk of developing diseases including type 2 diabetes and cancer.

But millions of people do not get enough exercise.

For some, such as those in old age or with disabling illnesses like motor neurone disease, this can mean their muscles waste away.

The researchers said finding a way to deliver the benefits of exercise without actually moving could help those patients.

They did their study by creating a ‘treadmill’ for flies, which had a natural inclination to climb upwards out of a test tube.

By forcing the flies to work out for three weeks they found that those which were modified to produce extra Sestrin became stronger than the normal flies, even when they did no exercise.

In fact, working out didn’t appear to make any difference at all to those flies’ fitness.

And the flies which were stopped from producing Sestrin at all did not become any stronger, regardless of how much exercise they did.

In a study in which mice were stopped from producing Sestrin, the animals did not improve their fitness or burn fat when they exercised.

Sestrin molecules are currently too big to be made into a supplement, the experts said, so their work is ongoing.

The research was published in the journal Nature Communications.

HOW MUCH EXERCISE DO YOU NEED TO DO?

To stay healthy, adults aged 19 to 64 should try to be active daily and should do:

A good rule is that 1 minute of vigorous activity provides the same health benefits as 2 minutes of moderate activity.

One way to do your recommended 150 minutes of weekly physical activity is to do 30 minutes on 5 days every week.

All adults should also break up long periods of sitting with light activity.