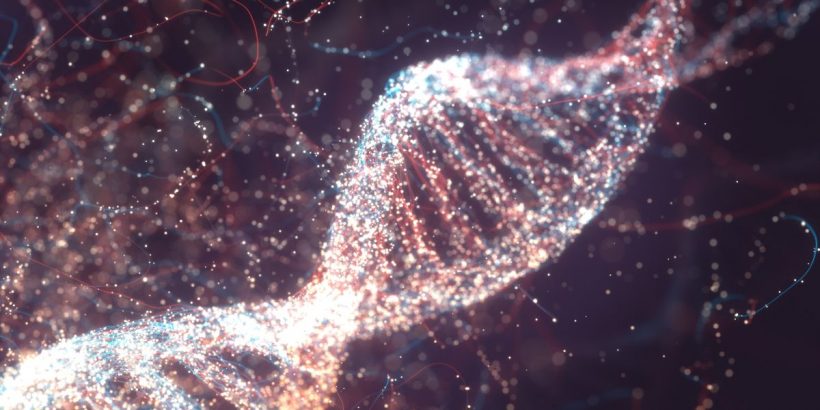 Natural selection, the evolutionary process that guides which traits become more common in a population, has been acting on us for the past 3,000 years, right up to the modern day, new research suggests.

And it seems to be acting in surprising ways on complex traits encoded by multiple genes, such as those tied to intelligence, mental illness and even cancer.

In natural selection, genes that confer some sort of survival or reproductive advantage get passed down and persist in a population, while those that lead to lower survival or fewer offspring become less common. species There’s no question that natural selection shaped the evolution of humans in our more distant past. tBut the impact of natural selection in the recent past is a much more controversial question.

The new research suggests that natural selection is indeed an important factor in modern times, though the methods used in the study have led to missteps before, said John Novembre, a computational biologist at the University of Chicago who was not involved in the new research. This means the findings should not be taken as the final word in modern-day natural selection.

The new study focuses on traits that emerge from a combination of multiple gene variants, such as intelligence and skin pigmentation. The complex genetics of these traits makes unraveling the action of individual genes difficult. To find these subtle effects, researchers conduct genome-wide association studies (GWAS), in which they scan for genetic markers across the entire genome to find short genetic sequences that are more common in certain traits than in others.

These results can be challenging to interpret even comparing people at a single point in time. Newer studies up the ante by looking not only for genes associated with complex traits, but also for signs of natural selection on these traits. In essence, genes that become more common over time are under positive selection: They’re beneficial in some way and are thus likely to be passed down. Genes that become less common with time are under negative selection. They’re somehow harmful to survival or reproduction, and thus are less likely to be passed down.

“There is quite a lot of controversy about whether GWAS is ready for this type of application,” Novembre told Live Science.

In their study, published Nov. 15 in the journal Nature Human Behaviour, the researchers found a total of 755 traits showing signs of selection in the last 2,000 to 3,000 years.

For the modern samples, the researchers used data from people of European ancestry in the U.K. BioBank, a repository of genetic and health data from 500,000 participants. To look deeper into history, the researchers also used three datasets of ancient human DNA from the pre-Neolithic, Neolithic and after the advent of agriculture in the Near East, comprising a total of 512 individuals. The researchers looked in three timeframes: The modern era, the past 2,000 to 3,000 years, and up to about 100,000 years ago. The oldest data is the most unreliable, said study leader Guan Nin Ling, a professor in the school of biomedical engineering at Shanghai Jiao Tong University.

While the researchers had detailed health and lifestyle information from the U.K. BioBank, they had only partial genetics to go on for the older samples, and no direct information about things like how many children a person had or what they ate. Thus, they used the genes themselves to infer traits. If a gene known to be involved in height increased in frequency over time, the researchers took that as a signal that height might have been under positive natural selection.

The traits that seemed to be under selection ranged from skin traits such as “ease of tanning” to various body measurements. Somewhat surprisingly, genes associated with some seemingly undesirable traits increased in prevalence over time, including genes associated with conditions like skin cancer, inflammatory bowel disease and anorexia nervosa. This suggests that some of these disorders arise as side effects of genes that are beneficial for other reasons, the researchers suggested.

“If one variant elevates the risk of one disease but decreases the risk of another, natural selection would have little power to eliminate this variant,” Lin told Live Science.

Ling and his colleagues were most interested in the question of why disorders with complex genetics, such as schizophrenia or attention deficit hyperactivity disorder (ADHD), persist despite natural selection.

But GWAS can be a tricky tool for trying to unravel natural selection, Novembre told Live Science. One of the biggest problems is something called “stratification.” Differences between two populations can appear genetic, when they are actually environmental. Because GWAS can’t show that a gene causes a trait, only that they’re associated, the results can get weird, fast. To use a classic example from a 1994 paper, chopstick skills are clearly not a gift of DNA: They’re a matter of practice from a young age. But a GWAS study in a diverse population like San Francisco might very easily turn up evidence of genes associated with chopstick skills simply by revealing genes that are more common in East Asian populations than in European populations.

This mistake has actually happened. In the last decade, a number of papers came out claiming that height-conferring gene variants are more prevalent in Northern Europe than in Southern Europe and that natural selection was pushing Northern Europeans to become taller, on average, according to research published in 2012 in the journal Nature Genetics.

But it turned out the impact of these genetic variants was overestimated, Novembre said. When looking at those same genetic variants in less diverse populations (a strategy for reducing the stratification problem), the evidence for natural selection vanished. The study had been picking up on so-far-unknown environmental differences between northern and southern Europeans and mistaking them for something purely genetic. Researchers had to completely rethink the results and are still uncertain about whether natural selection has anything to do with height differences across Europe, according to a 2019 paper in the journal eLife.

Among the hundreds of traits the researchers found might be under natural selection, a few stood out. When focusing on modern-day data, the researchers found that higher IQ was associated with having more sexual partners but fewer children. Meanwhile, ADHD and schizophrenia were both associated with having more sexual partners. These two conditions are examples of traits that might be a challenge in daily life, yet improve mating success, Lin told Live Science.

When looking back over more than 100,000 years of human history, the researchers found that traits having to do with skin tone and body measurements were the most common to show selection pressure. These included things like facial measurements, height and torso length. For example, genes associated with face shape and size were apparently under natural selection over the past 100,000 years, the researchers found, which might have to do with changes to the jaw and skull associated with diet and brain growth.

Looking back as far as 3,000 years ago, the researchers found that inflammatory bowel disease seemed to be favored by natural selection. This could be an example of a trait that is helpful in one context and harmful in another, Lin said.

But it can be very hard to show why a particular trait relates to evolutionary success. To use height as an example, being tall might benefit reproduction by making someone more appealing to potential sexual partners. Or maybe height is just a side effect of an efficient metabolism, which improves survival rates, and that increased likelihood of surviving to reproductive age could lead to the genes getting passed down to the next generation. If genes tend to vary together — and many do — natural selection could be acting on a totally different trait than the one that seems most intuitive. For example, Novembre said, the variants that made skin tanning easier, which showed up as highly selected in the new research, are likely related to a lot of other traits, like rates of skin cancer, freckling and hair color. It’s hard to know what path, exactly, leads to someone reaching reproductive age, attracting a fertile mate, and having lots of babies, and which genes are just lucky hangers-ons in that process.

Making matters more complicated, there are times when the genetics of a trait may be completely swamped by the environment. Something like this could theoretically happen with human intelligence. IQ is partially hereditary, so if it’s true that higher-IQ people do have fewer children, that would arguably push the collective IQ of the population downward over time. But if the environment became more conducive to brain development — better nutrition, reductions in lead or other pollutants — the population might well become brighter.

“Just because the apparent genetic basis for something is changing doesn’t mean the population has even been evolving in that direction,” Novembre said.

One approach to nailing down natural selection would combine large-scale GWAS with studies on the genomes of single families, Novembre said. Family members, especially siblings, usually grow up in fairly similar environments, so it’s easier to tell when genes are affecting any given trait. These family studies could be used to ground-truth claims from large GWAS samples, teasing out which genes still show impacts when you remove as much of the environment as possible from the equation.

— Genetics: The study of heredity

— Top 10 mysteries of the first humans

Lin and his colleagues plan to conduct family studies to learn more about the genetics of complex conditions like schizophrenia. They’re also working to quantify genetic variants that can give rise to both beneficial and harmful effects simultaneously, he said. The findings of the new study are a starting point, Lin said, and a reminder that natural selection is still a force in human biology.

“It is simply not true that humans have stopped evolving by natural selection, even given our capacity to change the environment towards facilitating and reducing physical tasks, minimizing the energetic costs to get better food, and better health care system,” Lin said.

Stephanie Pappas is a contributing writer for Live Science covering topics from geoscience to archaeology to the human brain and behavior. A freelancer based in Denver, Colorado, she also regularly contributes to Scientific American and The Monitor, the monthly magazine of the American Psychological Association. Stephanie received a bachelor’s degree in psychology from the University of South Carolina and a graduate certificate in science communication from the University of California, Santa Cruz.