Four per cent of MDMA-related deaths in Australia since 2000 occurred at music festivals, according to a new report from the National Drug and Alcohol Research Centre (NDARC).

The study, published in the International Journal of Drug policy this month, identifies 392 deaths linked to the drug between 2000 and 2018. Most deaths occurred in private places and among men aged in their mid-20s. 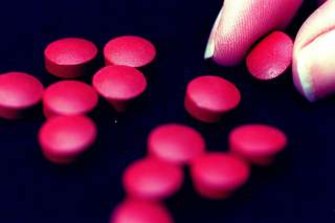 The research has prompted calls for an overhaul of the state's drug and alcohol policy to shift from a punitive to a public health-focused approach, aimed at encouraging people to seek medical treatment without fear of criminal sanctions.

NDARC research fellow Amanda Roxburgh said the number of deaths due to MDMA toxicity alone, rather than when mixed with a contaminant, "jumped out" at them.

"We're seeing an increase in high-purity and high-dosage MDMA, as well as different forms such as crystal and powder which are higher in purity," she said.

Almost 15 per cent of deaths were as a result of consuming MDMA, the report says.

"The important message is that it's not just about altered MDMA, that MDMA in itself especially in hot situations, and even in homes, can cause deaths," she said.

"I hope that this report will prompt people who use MDMA to know that pure MDMA isn't necessarily safe. It's about knowing your dose, not just the purity."

The study also found more than half of deaths (56 per cent) and three-quarters of deaths by overdose (73 per cent) occurred in private places. Just four per cent of deaths occurred at music festivals or dance parties.

The report says the number of MDMA-related deaths "increased significantly" between 2011 and 2016, "consistent with international supply trends" for the illicit drug.

The research comes as the Berejiklian government faces calls to decrminalise the personal use of illicit drugs.

The Special Commission of Inquiry into the Drug 'Ice', which also covers other amphetamine-type stimulants including MDMA, the main ingredient in ecstasy, is set to deliver its final report to the government on Tuesday.

Counsel assisting the inquiry have urged commissioner Dan Howard, SC, to recommend the personal use of ice and other illicit drugs be decriminalised in NSW under a public health-focused drug policy.

Under the potential recommendations, pill testing would also be trialled and the use of medically supervised drug consumption rooms would be expanded.

Ted Noffs Foundation chief executive Matt Noffs said "when most drug use is happening at home or in secret, ironically, festivals are safer because there is help".

"Many of these deaths are young people who are too scared to get help when something goes wrong," he said. "Unless we get rid of criminal sanctions for personal use altogether, we will never be able to help a majority of these kids before we lose them altogether."

Deputy State Coroner Harriet Grahame, who presided over an inquest into the deaths of six young revellers who consumed MDMA, recommended in November that pill testing be trialled and "full and genuine" consideration be given to decriminalising illicit drug use.

Mr Noffs said "the commission must follow the NSW Coroner, and call for the removal of criminal sanctions for personal use".

Dr Barratt said testing, not just at music festivals, could save lives.

"A drug checking service can test the strength and it's really important people understand that pill testing doesn't just tell you if there's an adulterant, but also the strength – and that can change people's decisions. It's a real win for harm reduction," she said.

"It's hard for people to take in general messages, but a personal message gets through."

The NDARC report says 81 per cent of MDMA-related deaths in the report are men.

"MDMA-related deaths among women were less likely to be due to traumatic accidents, compared to deaths among men,” Dr Roxburgh said.