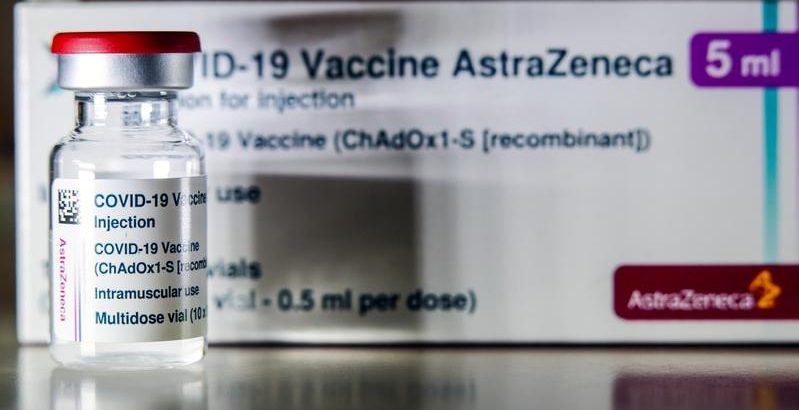 BERLIN (Reuters) – A majority of Germans believe it was right for the government to suspend AstraZeneca’s COVID-19 shots pending an investigation of cases where recipients developed unusual blood disorders, an opinion poll showed on Wednesday.

According to the Forsa snap poll for broadcasters RTL and ntv, 54% of respondents said the decision by Health Minister Jens Spahn had been right. Nearly four in 10 said the reaction was excessive. Some 39% thought the suspension was wrong.

The European Union’s drug regulator is investigating the reports of blood clots, bleeding and low platelet counts and will report its findings on Thursday.

Its head, Emer Cooke, said on Tuesday that the benefits of the AstraZeneca shot clearly outweighed its risks. It was important, she added, to maintain public trust in vaccines in order to beat the coronavirus pandemic.

The willingness of Germans to be vaccinated against COVID, at 71%, has fallen by two percentage points since Forsa’s last poll on March 3. The new survey covered 1,001 respondents and had a margin for error of three percentage points.