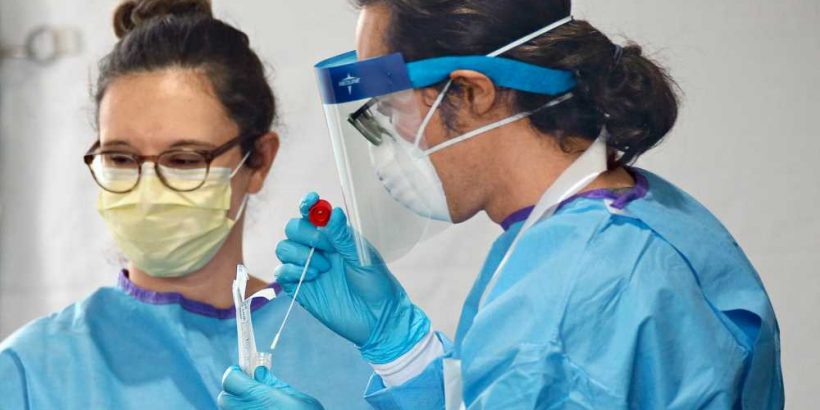 For the first half of March, the new coronavirus, COVID-19, seemed like a distant concern to Americans. But the virus had already been circulating through the U.S., and a new study estimates that by the end of the month, around 8.7 million Americans had COVID-19 — far more than the 140,000 people that were officially diagnosed in March.

Without sufficient testing measures in place — for most of the month, only those who had recently returned from China could get tested for COVID-19 — more than 80 percent of cases went undetected, according to the study.

A group of researchers from Penn State, Cornell and Montana State Universities used data from the Centers for Disease Control on visits to doctors or clinics to see how many patients reported influenza-like illnesses that were not diagnosed as COVID-19, influenza or any other virus, and compared it to past months. They found that there was a huge increase in undiagnosed cases in the U.S. in March, meaning those patients likely had COVID-19.

"We found a clear, anomalous surge in influenza-like illness (ILI) outpatients during the COVID-19 epidemic that correlated with the progression of the epidemic in multiple states across the US," the researchers wrote in their study, published in the journal Science Translational Medicine.

The number of unknown influenza-like illnesses hit a peak on March 15, they said, at a time when COVID-19 became more well-known in the U.S. and offices and businesses began shutting down.

"The findings support a scenario where more than 8.7 million new SARS-CoV-2 [COVID-19] infections appeared in the U.S. during March and estimate that more than 80% of these cases remained unidentified as the outbreak rapidly spread," they said.

The researchers told CNN that they hope their data on estimated cases, called syndromic surveillance, could go along with the number of confirmed cases of the virus to make up for the time when testing was not widely available.

"In a dream world, everyone who comes in would have a test. We would be able to get a full scope of the pandemic," one of the co-authors, Dr. Alex Washburne, a research scientist in microbiology and immunology at Montana State University, told CNN.