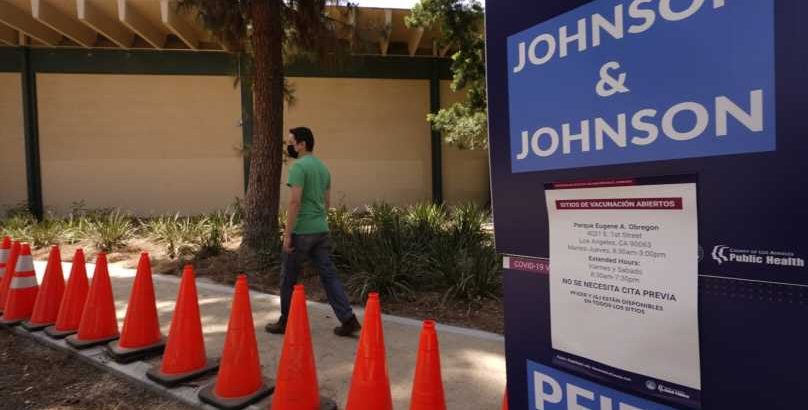 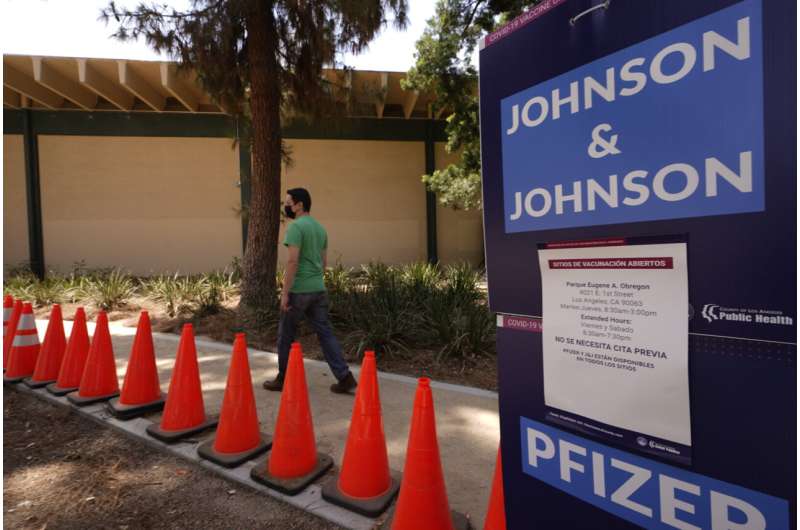 Infections are climbing across the U.S., and mask mandates and other COVID-19 prevention measures are making a comeback in some places as health officials issue increasingly dire warnings about the highly contagious delta variant.

But in a possible sign that the warnings are getting through to more Americans, vaccination rates are creeping up again, offering hope that the nation could yet break free of the coronavirus if people who have been reluctant to receive the shot are finally inoculated.

Vaccinations ticked up over the weekend, with about 657,000 vaccines administered Saturday and nearly 780,000 on Sunday, according to data from the Centers for Disease Control and Prevention. The 7-day rolling average on Sunday was about 583,000 vaccinations a day, up from about 525,000 a week prior.

The country will need much higher levels of immunity to crush the resurgent virus—probably 85% to 90%, said Dr. Ashish Jha, dean of Brown University’s School of Public Health. The current level stands at about 67%, counting prior infections.

“So we need a lot more vaccinations. Or a lot more infections” and thus more suffering, he said.

Nearly 57% of the country has received at least one vaccine dose, and about 49% of Americans are fully inoculated. The virus has killed almost 611,000 people in the U.S. since the pandemic started. 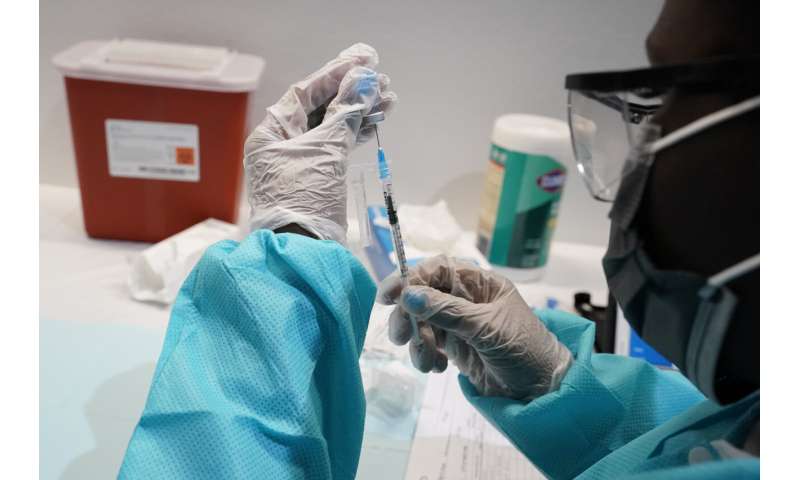 Meanwhile, some municipal officials are re-imposing some virus rules meant to slow the spread of the disease.

St. Louis on Monday became the second major city to mandate that face masks be worn indoors, regardless of vaccination status, joining Los Angeles in re-imposing the orders.

In New York City, Mayor Bill de Blasio announced Monday that all municipal workers—including teachers and police officers—will be required to get vaccinated by mid-September or face weekly COVID-19 testing, making the city one of the largest employers in the U.S. to take such action.

The nation’s top infectious diseases expert said federal officials are considering a nationwide recommendation to resume wearing face masks as the once-rosy outlook for a summer return to normalcy seemed to be at risk.

“We’re going in the wrong direction,” Dr. Anthony Fauci, who serves as President Joe Biden’s chief medical adviser, told CNN’s “State of the Union” on Sunday. “It is really a pandemic among the unvaccinated, which is the reason why we’re out there, practically pleading with the unvaccinated people to go out and get vaccinated.” 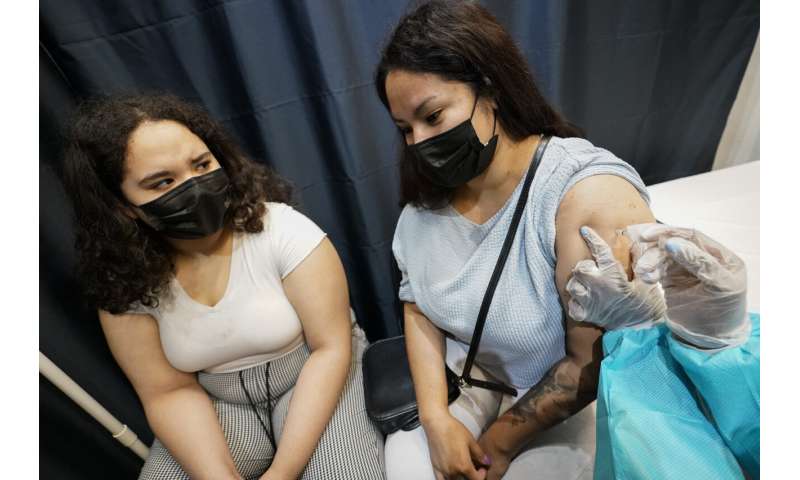 “For much of winter, spring, I was VERY optimistic we’d have a great summer with few infections, deaths,” he wrote on Twitter. “But (the) situation has clearly turned worse.”

He said the nation “hit a wall” in its vaccination effort, with just under 50% of the population fully immunized, and the virus’ delta variant proving be more contagious than expected.

“Super contagious variant, lots of unvaccinated folks and more breakthrough infections sets up a tough few months ahead,” Jha said. “We need to break the cycle.”

The seven-day rolling average for daily new cases in the country shot up over the past two weeks, from more than 19,000 on July 11 to nearly 52,000 on July 25, according to data from Johns Hopkins University.

Also, some prominent conservative and Republican voices that have spent months casting doubt on the vaccination effort have recently started sounding a different tune. 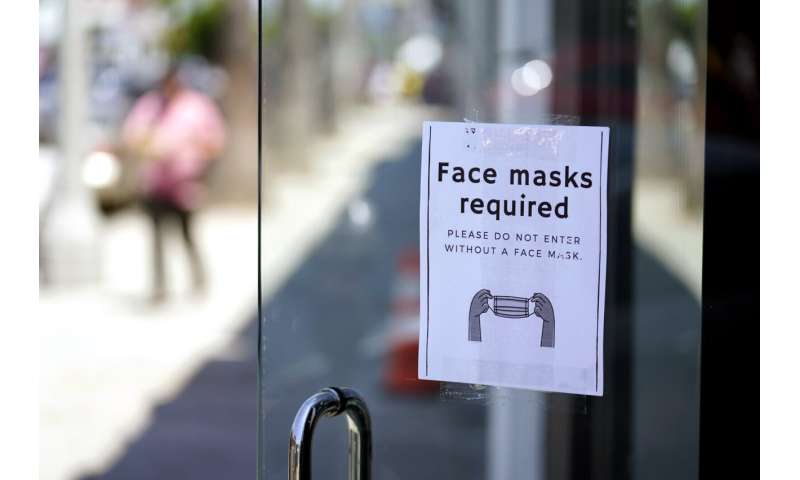 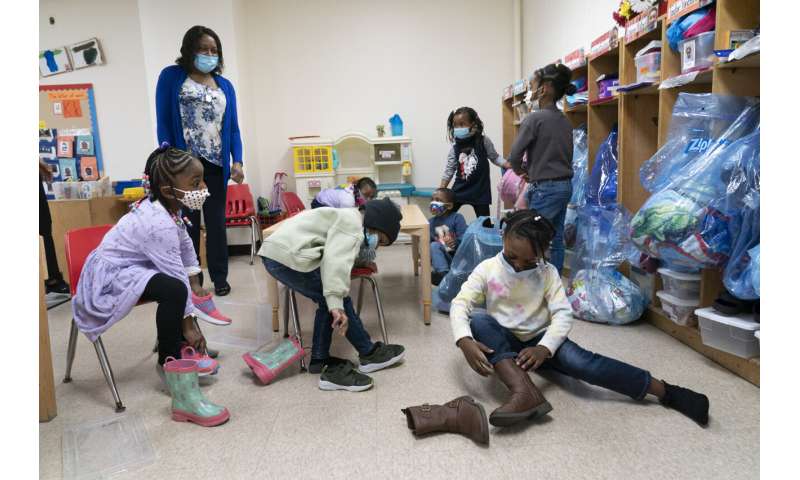 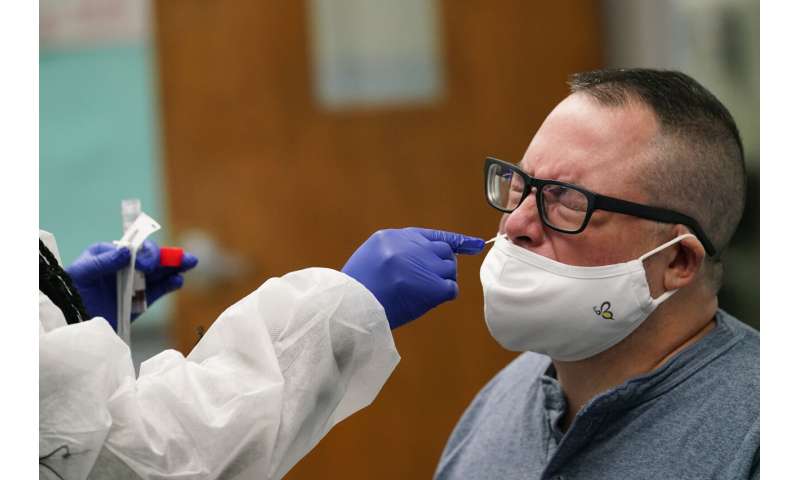 House Minority Whip Steve Scalise, a Louisiana Republican, was among the members of the GOP Doctors Caucus who held a press conference at the Capitol late last week imploring their constituents to lay lingering doubts aside.

A week ago, on July 19, Fox News host Sean Hannity declared: “It absolutely makes sense for many Americans to get vaccinated. I believe in science. I believe in the science of vaccinations.”

And in Tennessee, the brother of a popular local conservative radio host who had been a vaccine skeptic urged listeners to get vaccinated as his brother was in critical care in the hospital battling COVID-19.