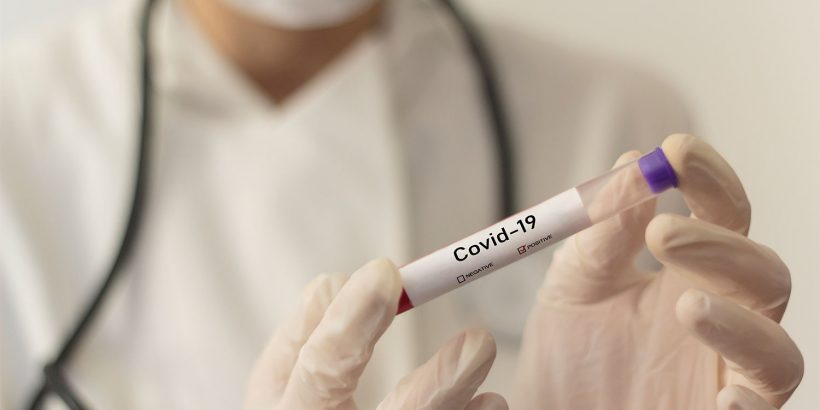 A 3-year-old boy from Missouri was left partially paralyzed after suffering a stroke following a positive COVID-19 diagnosis.

According to a report from NBC affiliate KSN-TV, Colt Parris was brought to the University of Missouri's Women's and Children's Hospital last week after he stopped eating and drinking. Upon further inspection, a COVID test was administered — producing a positive result — before the boy's mother, Sara Parris, noticed that there was something different about her son.

"I noticed Wednesday his speech was a little off, but I honestly thought he's in so much pain and he's so tired," Sara said. "So, I went to hand him his Boo and I noticed that he didn’t use his dominant arm to grab it. He reached over to grab his bunny and then again, I knew something else wasn’t right."

After running a series of tests, doctors told Sara and her husband Tim Parris that their son had a blockage in his brain.

"The result came back and I looked at it and it was a clear stroke," MU Health Care pediatric neurologist Dr. Paul Carney, who diagnosed the toddler, told the outlet. "So, there was a lack of blood supply to the left side of the brain."

Carney, who said he has been practicing medicine for 20 years, noted that he has never seen anything like Colt's case.

"What was different here was a child and as I mention, there's really no other case like this," he told the outlet. "If this had been anybody over the age of 40 or 60, they would have probably had a very different outcome."

Colt required surgery to remove the clot — which MU Healthcare neurologist Dr. Camilo Gomez did through a treatment called a thrombectomy — and the doctor said that fellow practitioners were exploring a link between COVID-19 and possible neurological problems.

"The COVID diagnosis is important because we think the reason why [patients] with COVID, including the child, have strokes and a variety of other problems is that they have propensity to form clots," Gomez told the outlet.

Colt's parents are hopeful that by sharing their story, they can make others aware of the possible effects of COVID.

Carney echoed the sentiment. "When children do get it, do get COVID, it seems like they have more system or systemic problems involving their heart, in particular, which can be life long," he said. "It can scar the heart."

Colt's mother and father also added to the outlet that they are grateful to the hospital staff members who saved their son's life. "That team is the most amazing, phenomenal people," Sara said.