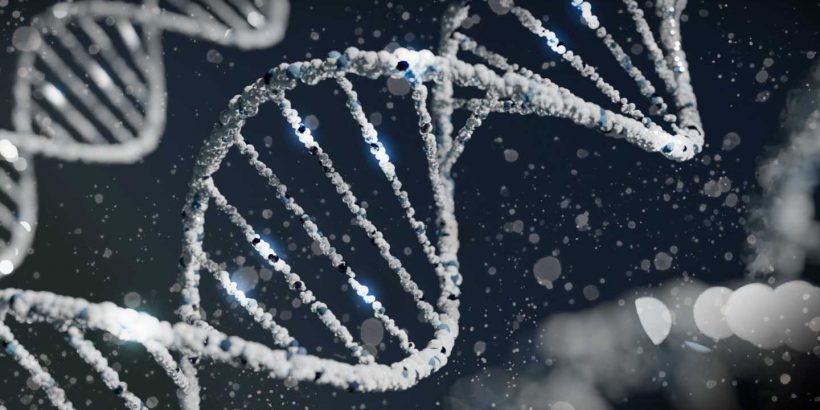 An Iowa State University research team has discovered a method for modifying the function of an enzyme crucial to fat production, which could lead to more effective treatments for childhood obesity and cancer.

While the research was in fruit fly larvae, being able to speed up or slow down lipid metabolism could have significant implications for human health, said Hua Bai, an associate professor of genetics, development and cell biology.

“We’ve identified what’s basically a metabolic switch. It’s like the accelerator on a car,” he said.

The focus of Bai’s research lab is the cellular and molecular mechanisms that cause animals to age. That was the initial intent of studying fatty acid synthase, an enzyme that plays a role in de novo lipogenesis, which is the process of turning excess dietary carbohydrates into fat. Typically, levels of fatty acid synthase rise and fall based on an animal’s cellular needs and diet.

Surprisingly, the researchers noticed that early in a fruit fly’s development, de novo lipogenesis increases without an accompanying boost in the expression of fatty acid synthase. That suggested there must be some other factor at play, Bai said.

After proteins such as fatty acid synthase are created based on genetic code, their function can be altered by one of several different types of post-translational modification. Bai’s team found one of those processes, acetylation, affected one of the 2,540 amino acids that combine to make fatty acid synthase, changing how effective it was at producing fat.

The research was published last month in the Proceedings of the National Academy of Sciences.

In addition to its role in obesity, elevated levels of de novo lipogenesis are linked to cancer, so controlling it through a single amino acid could lead to highly targeted treatments, Bai said.

“Fine tuning the acetylation levels of fatty acid synthase would be a much more precise treatment than blocking the entire protein,” he said.

It’s not certain that the processes Bai’s team studied will work the same in humans, but the two species’ genomes are similar, which is part of the reason fruit flies are a common research subject. Still, capitalizing on the discovery to treat human disease is many years away, he said.

“The potential is high, but further testing is needed in other animals,” he said.

Journal information:
Proceedings of the National Academy of Sciences