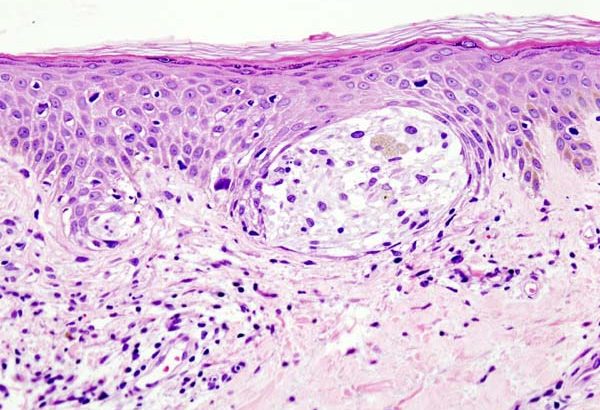 Australians with melanoma detected before they turn 40 are more likely to have the cancer on non-sun damaged parts of the body compared to people diagnosed when older.

University of Queensland research found melanoma in places where sunburn was less common, such as the thighs, abdomen, buttocks and lower back, were more common in younger patients.

Diamantina Institute Ph.D. candidate Dr. Erin McMeniman said while younger melanoma patients had a greater likelihood of non-sunburn cancer due to their genetics, sun was still the greatest danger.

“It’s important for young people to be aware, particularly if they have more than 20 moles, that they have increased risk and that melanomas can grow in areas without visible sun damage.”

Melanoma is the most deadly form of skin cancer and affects more than 13,000 Australians each year.

The study took DNA samples and photographs from 585 volunteers with a history of one of more melanoma.

It showed people with multiple melanomas were more likely to have mutations in three genes, including the red hair gene.

“Melanoma patients are born with genetic mutations which make them more vulnerable to sun damage.

“If you live in Queensland and carry the CDKN2A mutation, the most well-known melanoma gene, you have about an 80 percent risk of developing melanoma, whereas if you live somewhere getting very little sun, it might be much lower, or approximately 50 percent.”

Genetic testing could help identify individuals carrying mutations and ensure they get appropriate monitoring, with early detection improving the chances of survival.

It should be considered if a person has been diagnosed with three or more melanomas, or if they have had at least one melanoma and two or more affected relatives.

“Genetic testing for melanoma isn’t available in the public system yet, but I think that will change in the future,” Dr. McMeniman said.

“If people are concerned, they should see their GP or dermatologist for a risk assessment and if they are at high risk they will typically be seen every 6-12 months for a full skin examination.

“Of course, go to the doctor sooner if any marks grow or change in color or shape—if in doubt, get it checked out.”