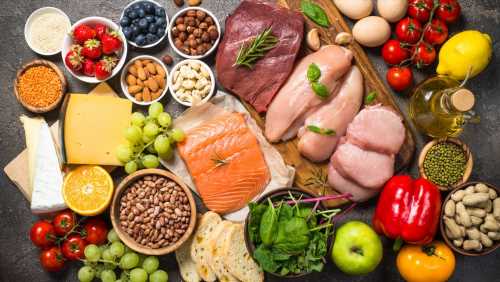 Diet trends come and go, and we’re always on the lookout for the next best thing that can guarantee results in the quickest time possible. These days, it’s all about the Mediterranean diet, the Paleo diet, and intermittent fasting. But a recent study actually showed that one of these trendy eating plans isn’t the savior it’s made out to be.

The study involving 250 people and conducted by researchers over a year found that people on the Paleo diet were least likely to stick to that eating plan and registered the lowest weight loss at 4.6 pounds. Paleo dieters also didn’t show any improvement in blood pressure or blood sugar levels.

On the other hand, the study reported in the American Journal of Clinical Nutrition also showed that about 54 percent of those who had originally picked intermittent fasting were still on eating plan after a year, had lost an average of 11.2 pounds, and had lower blood pressure. Meanwhile, dieters on the Mediterranean plan retained over half of its dieters (57 percent had maintained their eating habits), were seen to have lost an average of 10.1 pounds, and registered improvements in blood pressure and blood sugar levels (via Fast Company).

What are you getting yourself into if you commit to one of these diets?

The Paleo diet mimics the kind of food early humans used to consume, in the belief that our bodies are not able to handle the modern diet that has come about because of modern farming practices. The Paleo diet includes food that could be obtained through the prehistoric method of hunting and gathering: lean meats, fresh fruits, vegetables, nuts, and seeds (via Mayo Clinic).

The Mediterranean diet adopts the eating habits seen in cuisines around the Mediterranean Sea, including France, Greece, Italy, and Spain. It involves consuming plenty of vegetables, fruits, legumes, nuts, cereals, grains, fish, and unsaturated fats such as olive oils. People on the Mediterranean diet can also expect to see less meat and dairy. Doctors have given the plan two thumbs up because the say can lead to a healthier heart (via National Health Service).

Intermittent fasting is just as it sounds: You fast for certain periods throughout the day. There are a few ways to go about intermittent fasting, and they may not work the same way. “There is evidence to suggest that the circadian rhythm fasting approach, where meals are restricted to an eight to 10-hour period of the daytime, is effective, [but people should] use an eating approach that works for them and is sustainable to them,” metabolic expert Deborah Wexler tells Harvard. Research as reported in Cell Metabolism also shows that the earlier the food window, the better the results.