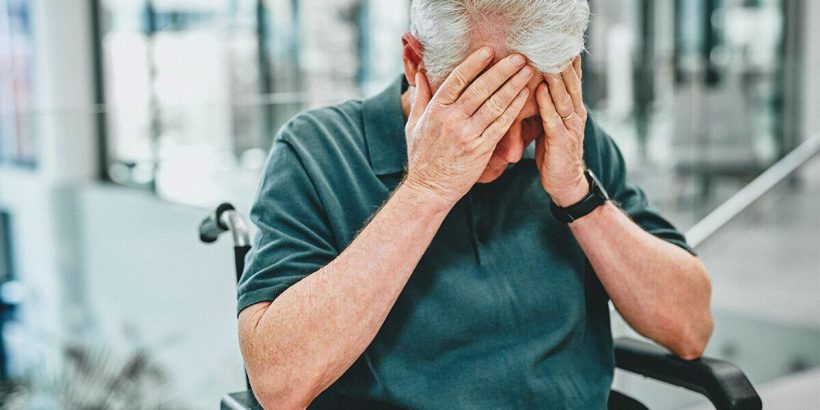 Vitamin B12 is an important nutrient needed in the body. Found in lots of animal products like meat, cheese and eggs, it has several functions in the body including helping to make DNA and red blood cells. Without enough B12 the body can’t produce healthy red blood cells, which are needed to carry oxygen around the body.

Therefore, it is unsurprising that common B12 deficiency symptoms include extreme tiredness.

This was the case for one 73-year-old patient in the US who suffered weakness and fatigue for two weeks before being admitted to hospital.

In a report, published in the Journal of Hematology, it was detailed how he experienced five symptoms prior to hospitalisation.

Following his admission, healthcare staff then noted he had a higher than average heart rate, a jaundiced (yellow) roof of the mouth, pale conjunctiva and swollen tongue.

The case study says: “A 73-year-old African American man with no known past medical history presented with two weeks of weakness, fatigue, and dyspnea (shortness of breath) on exertion.

“He endorsed loss of taste and increasing anorexia which subsequently led to noticeable weight loss.

“He denied a personal or family history of hematologic or coagulation disorders (blood disorders), autoimmune disease, or malignancy.

“He endorsed heavy alcohol consumption in his 20s and 30s, but denied recent alcohol, tobacco, or illicit drug use.”

It continues: “On admission, his vital signs were significant for a heart rate of 115 bpm.

“On physical exam, he was noted to have pale conjunctiva, a yellow soft palate, and a swollen tongue consistent with glossitis.”

Many of these symptoms could also be mistaken for microangiopathic hemolytic anaemia, which is anaemia that results from physical damage to the red cells following the blockage of blood vessels.

The case study, which was titled “severe vitamin B12 deficiency mimicking microangiopathic hemolytic anaemia”, described this phenomenon as “pseudo-thrombotic microangiopathy” and warned this could result in the wrong type of treatment being given.

The patient actually had pernicious anaemia, which causes the immune system to attack certain cells in your stomach meaning your body is unable to absorb vitamin B12.

The man was treated with daily B12 injections during his four day hospital stay that he continued for another 10 days at home.

At a two week follow-up this was proved to be successful and he was then placed on a monthly prescription for the same injections.

Within three months his anaemia was resolved.

Where to find B12

If you do not have pernicious anaemia simply upping the intake of the vitamin in your diet will help prevent a deficiency.

Foods that contain B12 include:

However, if it is more severe or your body is unable to properly absorb B12, supplements or injections from a GP will be needed.