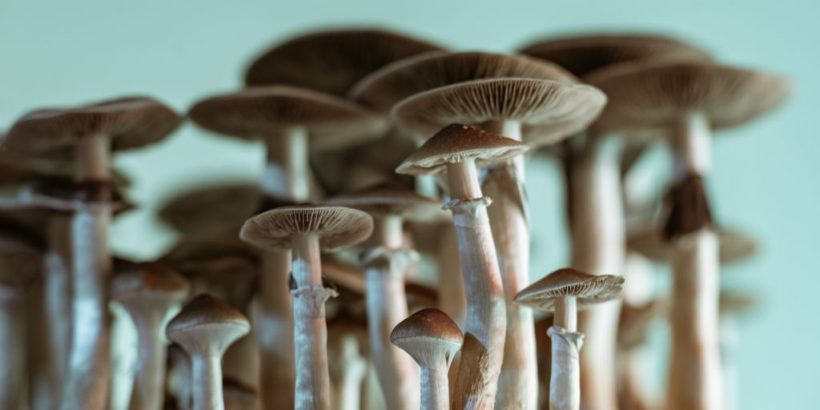 A man brewed a tea from “magic mushrooms” and injected the concoction into his veins; several days later, he ended up at the emergency department with the fungus growing in his blood.

The man spent 22 days in the hospital, with eight of those days in the intensive care unit (ICU), where he received treatment for multisystem organ failure. Now released, he is still being treated with a long-term regimen of antibiotic and antifungal drugs, according to a description of the case published Jan. 11 in the Journal of the Academy of Consultation-Liaison Psychiatry.

The case didn’t reveal whether injecting shroom tea can cause persistent psychoactive effects, as sometimes seen when people ingest the fungus orally, the doctors wrote in the report. For example, in rare cases, people can develop a condition called hallucinogen-induced persisting perception disorder (HPPD), where they experience vivid flashbacks of their trip long after the fact, according to the National Institute on Drug Abuse.

The case “underscores the need for ongoing public education regarding the dangers attendant to the use of this, and other drugs, in ways other than they are prescribed,” the doctors wrote.

By injecting shrooms into his bloodstream, the 30-year-old patient had hoped to relieve symptoms of bipolar disorder and opioid dependence, according to the report. His family members noted that he had recently stopped adhering to his prescribed bipolar medications and was “cycling between depressive and manic states.”

The man found online reports that described the potential therapeutic effects of hallucinogens, such as LSD and psilocybin mushrooms, which prompted him to boil down shrooms into a “mushroom tea.” He filtered the tea by drawing it through a “cotton swab” before injecting it into his body. In the following days, he became lethargic and nauseated, and his skin began to yellow. He soon developed diarrhea and began vomiting blood.

His family found him and took him to the emergency room, noting concern that he also seemed very confused. The doctors noted that he could not participate in a meaningful interview, due to his altered mental state. Multiple organs, including the liver and kidneys, began to fail and the man was transferred to the ICU. His blood tested positive for a bacterial infection with the microbe Brevibacillus and a fungal infection from Psilocybe cubensis — meaning the magic mushroom he injected was now growing in his blood.

In addition to antibiotic and antifungal drugs, the man needed to be placed on a ventilator after he experienced acute respiratory failure, where fluid builds up in the air sacs of the lungs. Thankfully, the patient survived this ordeal and was later discharged from the hospital.

—10 of the strangest medical studies (in recent history, that is)

Research suggests that psilocybin may be a promising treatment for depression, anxiety and substance abuse, the authors noted — but only if taken safely. In most research studies, scientists administer the drug in pill form, but in a few instances, doctors have delivered psilocybin via an intravenous injection, according to a 2018 report published in the journal Neuropharmacology. But these injections are given in tightly controlled doses and under medical supervision, and they do not contain any fungi; the compound psilocybin, alone, is not alive and cannot grow in the body.

When used recreationally, magic mushrooms are typically made into a tea, eaten raw or dried, ground into a powder and put in capsules, or coated in chocolate — they are not injected directly into the bloodstream. Shrooms induce mind-altering trips by interacting with certain receptors in the brain; specifically, the psilocybin breaks down into psilocin, a substance that acts like the brain chemical serotonin, which plays roles in mood and perception.

But a bad trip can trigger anxiety, fear and confusion, as well as elevated blood pressure, vomiting, headaches and stomach cramps, Live Science previously reported. Magic mushrooms carry an added risk because they resemble some species of poisonous mushroom, so people sometimes consume the wrong kind by mistake.

Several U.S. cities have decriminalized psilocybin, and in November 2020, Oregon moved to legalize its use as a therapeutic drug, CNBC reported. As of now, psilocybin is still classified as a “Schedule I substance” under federal law, meaning that the drug has no accepted medical use in the U.S. and has a “high potential for abuse.” However, current research suggests that this potential for abuse has been historically overestimated and is actually quite low, according to the 2018 Neuropharmacology report.