Lyme disease is currently on the rise as scientists have found there could be far more cases of the disease than previously estimated. Recent research published in BMJ Open found there could be as many as 8,000 cases of the disease per year. Analysis of 8.4 million health records revealed the new numbers, far above initial estimates of 3,000 cases per year. Recently Justin Bieber revealed his symptoms of depression were in fact symptoms of Lyme disease. What exactly is the disease?

Dr Aimee Brame, consultant physician at London Bridge Hospital said: “Lyme disease is an infection caused by a bacteria called Borrelia which is spread by ticks.

“Ticks are tiny spider-like insects (around the size of a poppy seed) found in woodland and heath areas throughout the UK, Europe and North America. Ticks can also be found in gardens and parks.

“The bites are not painful and you may not realise you have been bitten. 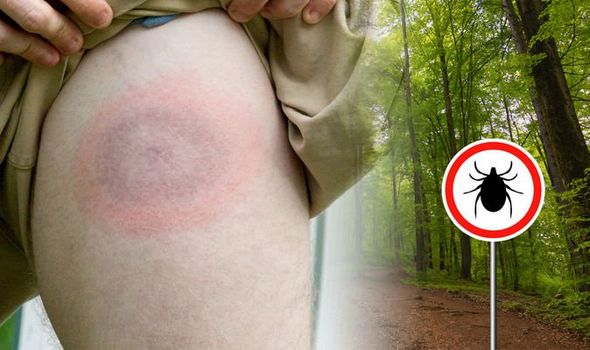 “Lyme disease can result from a bite from an infected tick. Only a minority of tick bites lead to Lyme disease.

“The longer the tick remains attached to the skin, the greater the risk of getting the disease.

“Lyme is unlikely unless the tick is attached for more than 24-36 hrs.”

What are the early stages of the disease?

“Around three to 30 days after the bite, this may be accompanied by flu like symptoms.

“However, around 1/3 of people never develop the rash. In the early stages Lyme can be treated with oral antibiotics for two to four weeks, and most people will feel start to feel better and have complete resolution of their symptoms within three weeks.” 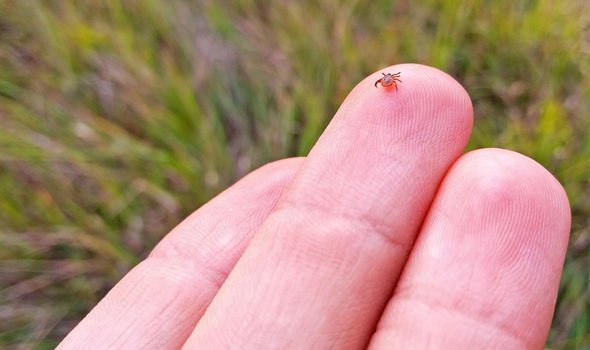 How to test for Lyme disease?

“Blood tests can be carried out a few weeks after the acute infection but are often negative in the early stages.

“If a test is negative, a retest a few weeks later may be appropriate. Untreated Lyme disease can result in symptoms weeks, months or even years later.

“These symptoms may include muscle and joint pains, these are typically “migratory”- they move to one or more locations, and can progress to joint swelling and arthritis.

“The patient may develop heart rhythm abnormalities, memory loss, facial paralysis other neurological disorders or even meningitis. Treatment at this stage may involve oral or intravenous antibiotics for 2—4 weeks,” said Dr Brame. 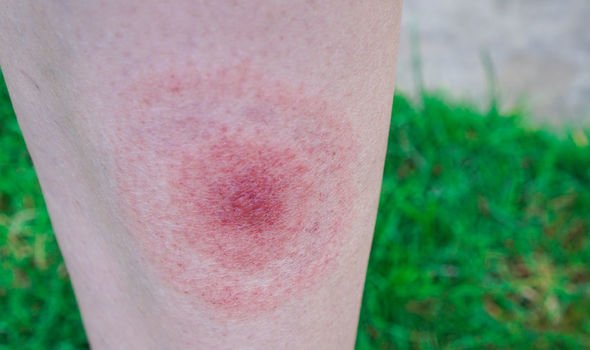 Other symptoms to spot

“Post-infectious Lyme disease or long lasting symptoms should be reviewed by a specialist in infectious diseases.

“They can arrange for further blood samples and testing for other tick borne infections.”