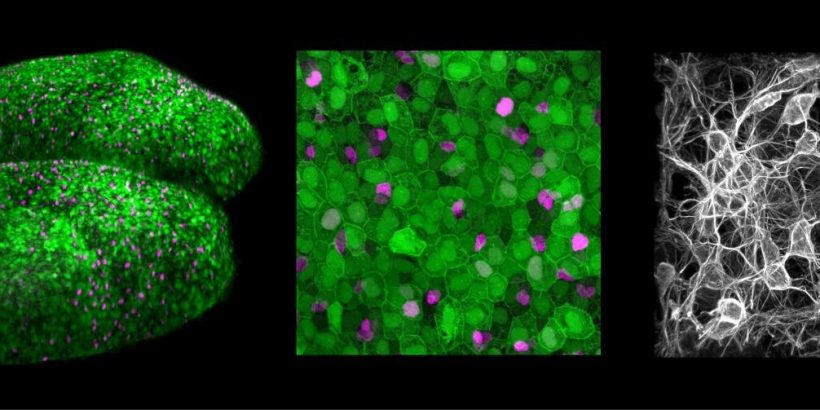 In all adult vertebrates, neural stem cells can be recruited to produce new neurons in the brain. However, little is known about these so-called ‘activation’ processes.

Scientists at the Institut Pasteur, CNRS, and Tel Aviv University working in collaboration with the École Polytechnique and INRAE have successfully performed 3-D visualization and spatial and temporal distribution analysis of neural stem cell activation in the adult brain of a zebrafish vertebrate model.

Their findings demonstrate for the first time that activation events for these cells are coordinated in time and space. In particular, these results may help improve our understanding of regulation processes triggered during brain tumor formation. These findings are published in the April 5, 2021 issue of the journal Cell Stem Cell.

Stem cells, which are found in many adult organs in vertebrates including humans, are capable of proliferating and differentiating to generate new functional cells. For instance, stem cells in the brain (neural stem cells) produce new neurons in adulthood. Most of the time, neural stem cells are in a dormant state known as “quiescence”. In order to produce neurons, they must therefore first activate and then divide. This activation stage is crucial: it is a prerequisite for stem cell recruitment and is also critical to their survival (cells that activate excessively become exhausted quickly) and to the position and type of neurons formed.

Within their niche, neural stem cells activate and return to a dormant state in random order and asynchronously, suggesting that these events may be coordinated at cell population level. Scientists in the Zebrafish Neurogenetics Unit at the Institut Pasteur chose zebrafish to test this hypothesis, since zebrafish adult brains contain large quantities of neural stem cells, otherwise similar to mammalian stem cells. Through intravital (non-invasive) two-photon imaging of adult fish, they were able to film stem cells in their niche for several weeks and study the activation pattern of each cell in relation to neighboring cells in real time.

Spatial statistical analysis and modeling performed both in real time and in long-term computational simulations demonstrated the existence of inhibitory interactions generated by activated cells, delaying the activation of other adjacent stem cells by several days. By administering a pharmacological molecule in vivo, the scientists also identified the molecular pathway involved, which is known as the Notch signaling pathway. Finally, they demonstrated that these interactions enabled steady neuronal production in time and space.

“This is the first real-time and long-term imaging of an entire neural stem cell population in the brain of an adult vertebrate. These findings demonstrate for the first time that neural stem cell activation events in the vertebrate brain are coordinated in time and space within the niche,” commented Laure Bally-Cuif, CNRS scientist, lead author of the study, and Head of the Zebrafish Neurogenetics Unit 1 at the Institut Pasteur. Unexpectedly, this study has also demonstrated that the stem cells themselves are involved in this coordination. Therefore, this research has prompted the emergence of a new concept whereby stem cell populations self-organize as a dynamic system enabling spatiotemporal coordination of the behavior of each individual cell.