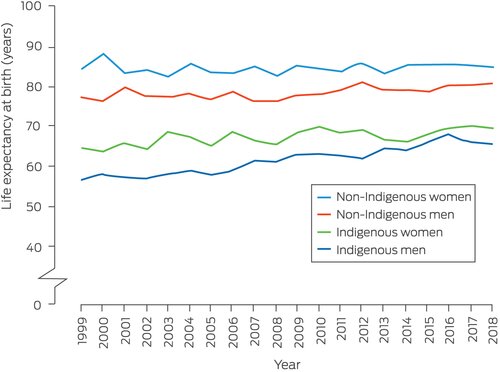 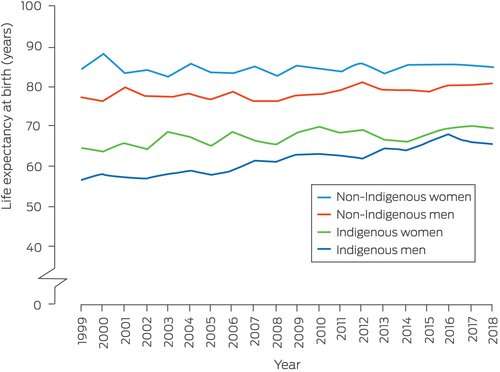 Life expectancy increased more rapidly for Indigenous than non-Indigenous people in the Northern Territory (NT) between 1999 and 2018, but the gap remains considerable, say the authors of research published today by the Medical Journal of Australia.

“To quantify progress in the NT towards the Closing the Gap target of eliminating the difference in life expectancy between Indigenous and non-Indigenous Australians by 2031, we have prepared updated life expectancy estimates for the NT for the period 1999–2018,” wrote the authors, led by Dr. Yueyen Zhao, Principal Health economist at the NT Department of Health and Families.

“We also quantified the contributions of changes in years of life lost to specific disease groups to overall changes in life expectancy, in order to identify areas in which progress has been achieved.”

Zhao and colleagues analyzed data from the Australian Coordinating Registry on underlying and nine multiple causes of death (ICD-10) for deaths in the NT, by age, sex, and Indigenous status, 1 January 1999–31 December 2018.

“Our findings increase our knowledge of life expectancy changes during 1999–2018 for Indigenous and non- Indigenous people in the NT.

“Our analysis is the first to compare the details of these changes in life expectancy in both populations, and to identify the disease groups in which progress has been made, such as cancer and other chronic conditions.