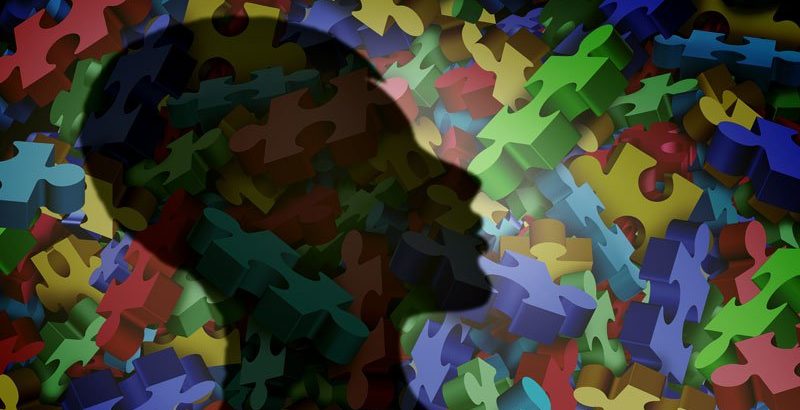 Peter Prater’s family wasn’t thinking about covid-19 when the call came that he had been taken to the hospital with a fever.

It was April, and the Tallahassee Developmental Center, where Prater lives, hadn’t yet had any covid diagnoses. Prater, 55, who has Down syndrome and diabetes, became the Florida center’s first known case, his family said. Within two weeks, more than half of the roughly 60 residents and a third of the staff had tested positive for the virus, according to local news reports.

“We thought we were going to lose him,” said Jim DeBeaugrine, Prater’s brother-in-law, who also works as an advocate for people with disabilities. “We weren’t aware of a correlation to Down syndrome and bad outcomes with covid yet. He’s just a frail person, period.” 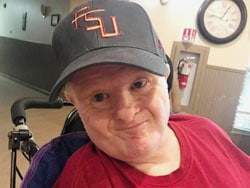 Peter Prater smiles for a photo before the pandemic. Prater survived a case of COVID-19 that was part of an outbreak at the Tallahassee Developmental Center in April.

Prater survived after roughly seven weeks in the hospital. But five others from the center — three residents and two staffers — died. The center is working to follow federal and state pandemic guidelines, said Camille Lukow, regional director of the Mentor Network, which began operating the facility in December.

Early studies have shown that people with intellectual and developmental disabilities have a higher likelihood of dying from the virus than those without disabilities, likely because of a higher prevalence of preexisting conditions. While some high-profile outbreaks made the news, a lack of federal tracking means the population remains largely overlooked amid the pandemic.

No one knows how many of the estimated 300,000 people who live in such facilities nationwide have caught covid or died as a result. That creates a blind spot in understanding the impact of the virus. And because data drives access to scarce covid vaccines, those with disabilities could be at a disadvantage for getting prioritized for the shots to keep them safe.

While facilities ranging from state institutions that serve hundreds to small group homes with a few people have been locked down throughout the pandemic, workers still rotate through every day. Residents live in close quarters. Some don’t understand the dangers of the virus. Those who need help eating or changing can’t keep their distance from others. Many facilities also have struggled to keep enough masks and staffers on hand.

The Consortium for Citizens with Disabilities has repeatedly asked federal agencies to hold facilities where people with disabilities live to the same pandemic rules as nursing homes, which must report covid cases directly to national agencies.

Nicole Jorwic, senior director of public policy with The Arc of the United States, a nonprofit that serves people with disabilities, said a spotlight on nursing homes makes sense. Those homes have seen more than 121,000 deaths due to the pandemic. But it’s unclear what the toll is at the facilities focused on those with disabilities.

“How do we know how big the problem is if we’re not capturing it?” she asked.

Greg Myers, a Centers for Medicare & Medicaid Services press officer, said in an email that states, not federal officials, manage Medicaid-funded intermediate care facilities and group homes for people with developmental disabilities. He said many of those facilities serve fewer than eight residents and don’t “pose the same concerns as larger congregate settings.”

Some states are tracking the caseloads, though Jorwic said the type of information they collect varies. New York state data revealed disability group home residents there are dying at higher rates than the general population. In Illinois — which called on the National Guard to respond to outbreaks in two of the state’s largest developmental centers in April — more than half of the 1,648 residents in state-run developmental facilities have had the virus.

Still, cases are flying under the radar. When The Associated Press did a national survey in June of how many people in such housing have fallen sick or died of covid, about a dozen states didn’t respond or release comprehensive data.

“The delay or complete lack of access to this data comes with a body count,” Jorwic said. “You’re not acknowledging that these settings are just as dangerous as other settings, like nursing homes.”

Centers for Disease Control and Prevention guidelines recommend that states prioritize long-term care facilities early in the vaccine rollout, but few states specified that people with disabilities who live in group homes should be candidates for that initial vaccine distribution.

New York is one of the few that did specifically include certified-group facilities, and this month opened access to all people with intellectual or developmental disabilities.

“New York state has the actual data to help show the horrors of covid,” said Dr. Vincent Siasoco, a primary care physician in New York City who focuses on patients with developmental disabilities.

Instead, many states are setting priorities based on a list of high-risk medical conditions outlined by the CDC, which in December added Down syndrome to the list.

Siasoco, a board member of the American Academy of Developmental Medicine and Dentistry, said that likely misses people with medical risks not yet reflected in data, like someone living in a group home with cerebral palsy who gets food through a tube and can’t speak.

“More studies have to be done. Data has to be shared,” Siasoco said.

In the meantime, the academy has said intellectual and developmental disability diagnoses should be explicitly included on the list of high-risk conditions used to determine vaccine priority, and facilities housing those with disabilities should have access at the same time as nursing homes — though, Siasoco acknowledged, there’s a long line of people advocating to be prioritized and not enough vaccine to go around.

In Montana, people in group living settings including disability housing were in the phase initially right behind health care workers and nursing home residents on the list for vaccines. But the new governor, Republican Greg Gianforte, instead prioritized anyone 70 and older and those with underlying health conditions, with the goal of protecting the most vulnerable. The change nearly tripled how many people qualify for that phase of the vaccine rollout.

Group home administrators have said many of their clients may still qualify for a vaccine under the governor’s new rule because of their medical risks. The new plan also allows health providers to include people with medical conditions on a case-by-case basis.

Dee Metrick, the executive director of Reach Inc., which offers group housing in Bozeman, said the local health department is working to get shots to Reach’s residents. However, she said, the change creates more uncertainty for some people with disabilities across the state, as each county does things differently.

“We’re hoping this will unfold in their favor, but we just don’t know,” said Metrick, who added that people with developmental disabilities have historically not received proper medical care or fair treatment.

In Florida, the state’s covid vaccine plan included group living settings for those with disabilities in its early vaccine rollout to long-term care facilities.

“But there have been instances where local authorities have not gotten the memo,” said Jim DeBeaugrine, Prater’s brother-in-law, who is also the interim CEO of The Arc of Florida.

The state has faced criticism for being slower with its vaccine rollout than some expected and after some camped out in lines overnight to get a dose — something group home residents can’t do. DeBeaugrine said that how and when group homes can get vaccines to their residents varies, but all should be able to start by March 1.

By February, Prater’s family had heard he would have the option to receive a dose, but a bacterial infection has delayed him from being able to get the shot.