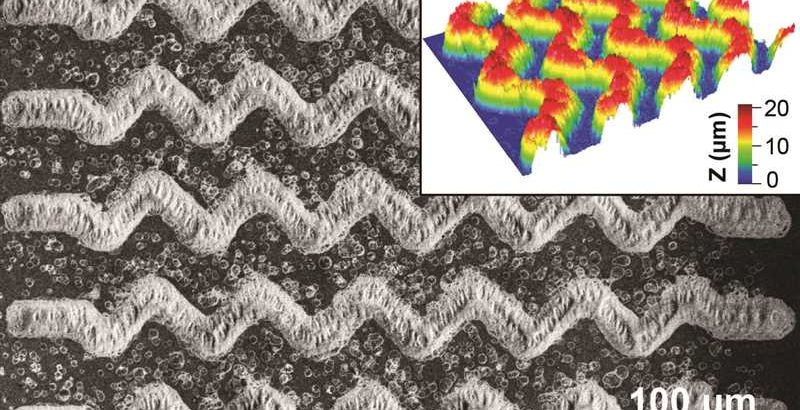 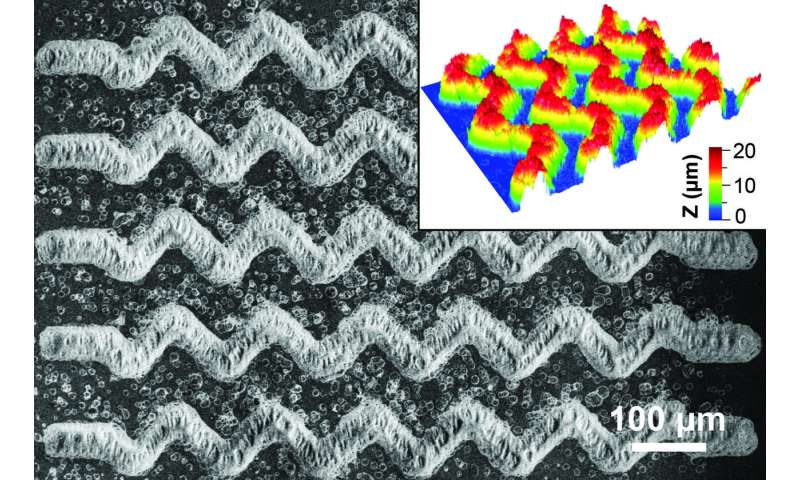 A cutting-edge “lab-on-a-chip” has shown promise in detecting early breast cancers and tumors that have developed in other parts of the body.

Roughly the size of a glass microscope slide, the EV-CLUE uses nanotechnology to pump a tiny amount of blood into eight miniscule channels equipped to detect different markers of cancer, explained co-researcher Liang Xu, a professor of molecular bioscience at the University of Kansas.

How tiny? The EV-CLUE requires about 2 microliters of blood to run a scan, Xu said. A typical droplet of blood contains 50 microliters.

Xu and his colleagues tested their lab-on-a-chip by equipping one of its channels to look for MMP14, an enzyme released by tumors that has been linked to cancer progression. The enzyme attacks healthy cells in ways that seem to promote the spread of cancer.

In early tests focused on MMP14, the device detected early-stage or metastatic breast cancer with 97% accuracy in a first group of 30 people and 93% in a second group of 70 people.

“This highly sensitive technology can catch early signs of cancer metastases. The early detection for cancer metastases is key to reduce the death rate of women with breast cancer,” Xu said. 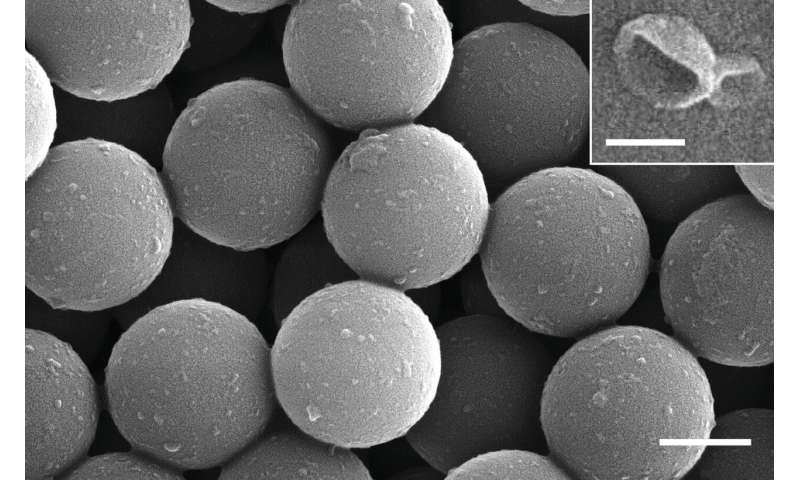 The chances of long-term survival are high for women whose breast cancer is caught early, the researchers noted. The five-year survival rate of women with localized breast cancer is 99%, but only 86% for those whose cancer has spread to the lymph nodes and 27% if tumors have appeared in far-flung parts of the body.

The problem is that once a breast cancer has migrated outside its original location, cancerous cells can hide undetected elsewhere in the body, Xu said. This technology could root out those hidden tumors.

This new technology is one of many efforts to develop a “liquid biopsy” that would use blood tests to find cancer, said Dr. Bill Cance, chief medical and scientific officer with the American Cancer Society.

Tumors shed many different types of chemicals and matter into the bloodstream, and these telltale signs could help detect cancer that’s not yet advanced.

“This is proof of principle that it has potential,” Cance said of the EV-CLUE’s first results. “But like other new technology, it’s going to need a lot of patients to validate it.” 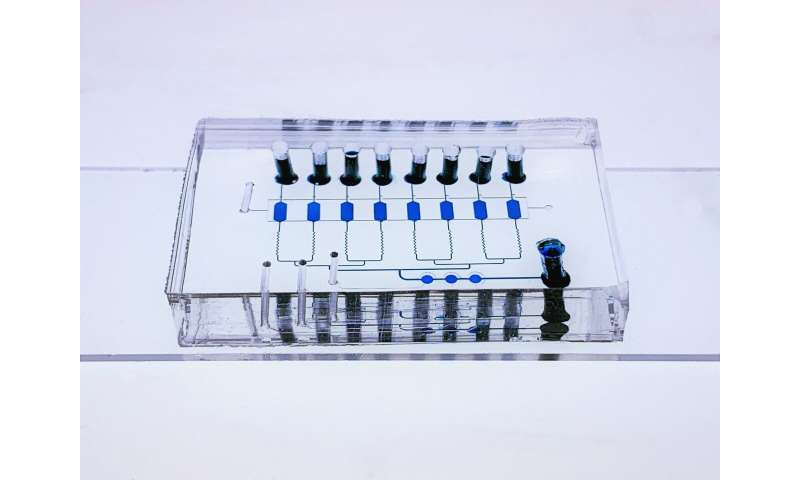 Such a liquid biopsy could one day supplant mammograms as the initial screening tool for breast cancer, if it is proven through rigorous testing to be accurate, Cance said.

“They need to be as close to 100% accurate as you can get,” Cance said. “That said, if a patient could get a blood test that could detect whether you have a cancer and at what stage, that would be such a useful screening tool.”

Armed with such a blood test, doctors might then use mammograms only after cancer has been detected, to confirm the test’s results and find the location of the tumor, Cance said.

The EV-CLUE chips are created using a 3-D printer, in a process that could be distributed widely and affordably, Xu said. He added that using the chips would be “much cheaper than a mammogram.”

The chips would not be limited to breast cancer detection, either. Researchers have just started an early trial to see if the EV-CLUE can detect lung cancer as well, Xu said. 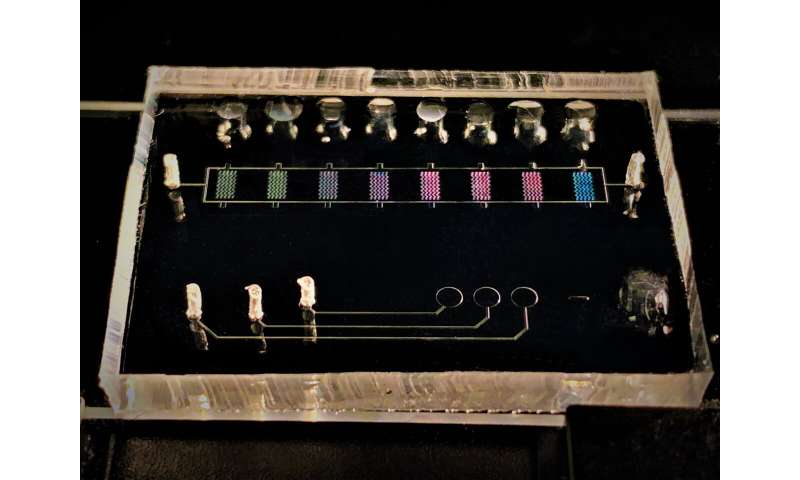 “This is not limited to breast cancer,” Xu said. “MMP14 exists in many, many other types of cancer.”