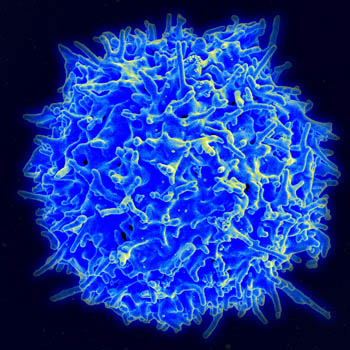 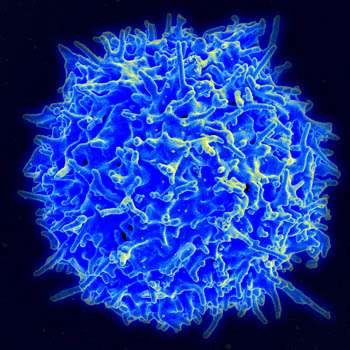 Chimeric antigen receptor (CAR) T-cell therapy is immunotherapy that is making a clinical difference for patients with some blood cancers, solid tumors and chronic viral infections. Scientists at St. Jude Children’s Research Hospital have now identified how an epigenetic program drives T-cell exhaustion. Their work shows how knocking out the DNMT3A gene reinvigorates CAR T-cell responses, which has implications for the next generation of clinical trials now testing this treatment. The findings were published today in Science Translational Medicine.

While clinical trials have shown that CAR T-cell therapy has the potential to offer a lasting response for some diseases, this therapy can be significantly limited by T-cell exhaustion. However, deletion of the DNA methyltransferase 3 alpha (DNMT3A) gene in CAR T-cells universally preserved the cell’s ability to attack cancer cells.

“When you engineer CAR T-cells to be tumor specific, they have the potential to be more effective and safer than conventional therapies such as chemotherapy or radiotherapy,” said co-corresponding author Giedre Krenciute, Ph.D., St. Jude Department of Bone Marrow Transplantation and Cellular Therapy. “By evaluating human CAR T-cells that target a panel of tumor antigens in different solid tumor models, we showed that indeed, knocking out DNMT3A works, no matter which tumor type or antigen we target. This highlights the central role of DNMT3A in controlling human CAR T-cell function, and we are excited to translate our approach into early-phase clinical testing in the future.”

The findings in this paper build upon prior work by co-corresponding author Benjamin Youngblood, Ph.D., St. Jude Department of Immunology, and co-first author Caitlin Zebley, M.D., Ph.D., St. Jude Department of Bone Marrow Transplantation and Cellular Therapy. They have shown that epigenetic regulation is directly involved in T-cell exhaustion, and that exhaustion (not just whether the CAR T-cells are present) makes a difference in clinical response. Youngblood’s lab has also studied DNMT3A in mouse models as well as in the context of chronic viral infection. The work showed that an epigenetic regulator modulates long-term T-cell memory.

“This paper is the latest in a body of work that explores basic mechanisms regulating T-cell differentiation, the upstream signaling events involved in these processes, and how these mechanisms impact the efficacy of T-cell-based immunotherapies,” Youngblood said. “We’ve shown that these epigenetic programs are, in fact, coupled to a decline in a clinical response, providing a potential way to extend the usefulness of CAR T-cell treatment.”

Using clinical trial data, the researchers have also shown how this epigenetic program is firmly tied to outcomes. The findings provide a roadmap for leveraging this information for improving CAR T-cell efficacy. CAR T-cells are being tested in numerous clinical trials. These therapies are being developed based on findings such as these to optimize the treatment in near real time.

“This work presents a huge team effort and brought together investigators with complementary expertise,” said co-corresponding author Stephen Gottschalk, M.D., chair, St. Jude Department of Bone Marrow Transplantation and Cellular Therapy. “It highlights the virtue of team science, and the promise of synthetic T-cell biology, in particular gene editing, to develop effective immunotherapeutics for cancer patients, for whom conventional therapies are not effective.”