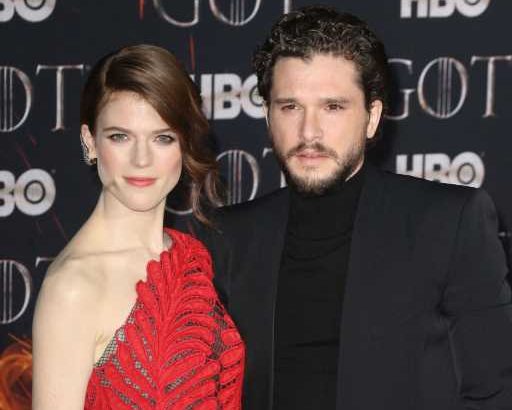 Remember when you were a kid and you’d get grossed out if your parents kissed in front of you? Now, imagine that your dad is Game of Thrones actor Kit Harington (a.k.a., Jon Snow) and you grow up with a racy catalogue of love scenes — starring your mother.

According to Harington, who shares a 9-month-old son with his former co-star Rose Leslie (who played his love interest in the HBO series), that’s just life. During a Wednesday interview with E!, Harington was asked if he would ever allow his son to watch the hit show, which includes those hot-and-heavy scenes between his parents.

“Look, I mean, you can just be thankful that it happened because otherwise you wouldn’t be here,” he answered.

Harington, who’s currently starring in Marvel’s Eternals, in which he plays superhero Dane Whitman, went on to explain that fluctuating between caring for his baby — “pampering” as he called it — and his film is the perfect work-life balance. “So I’m living the dream right now!” he said.

Harington and Leslie welcomed their baby into the world in February, an event made known when they were photographed pushing a stroller down a London street. This unexpected sighting was a thrill for fans who had been following the couple’s parenting journey since Leslie announced her pregnancy in a stunning photoshoot published in Make magazine.

No matter how the couple’s son reacts to the steamy scenes from Game of Thrones, we’re willing to bet he’ll treasure the show where his parents met and fell in love in front of the world.

These celebrity moms make us all feel better when they share the highs and lows of parenting.