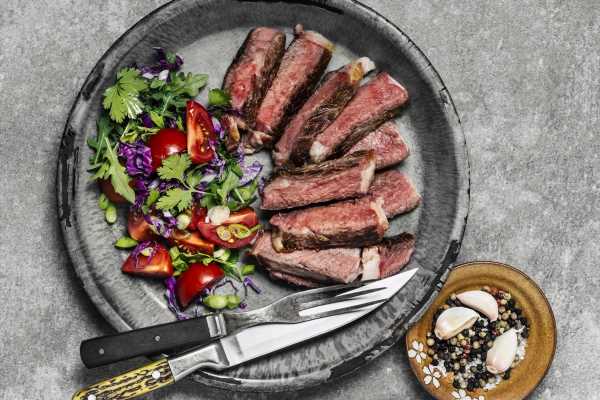 The ketogenic diet, or keto, is receiving the kind of buzz that the Atkins Diet generated when it first came on the scene. With both low-carb diets, the idea is to lose weight by cutting carbohydrates while consuming more fat than most diets – or nutritional guidelines – recommend.

Here’s what Atkins and keto have in common, plus how they differ:

The Atkins Diet is a commercial diet plan. It was created more than 40 years ago by cardiologist Dr. Robert Atkins. In this four-phase diet, you start by eating very few carbs and gradually including more with each phase until you reach your goal weight.

The concept is that by limiting carbs, your body turns to stored fat as an alternative source of fuel. That means avoiding sugars and “simple starches” like potatoes and white bread. Instead, you focus on foods for their fat and protein, such as poultry, meat and eggs.

According to the 2015-20 Dietary Guidelines for Americans, the recommended daily allowance for carbohydrates is 130 grams. However, in phase one of Atkins, you’re only allowed 20 grams of “net carbs” daily. Of these, 12 to 15 carbs come from “foundation” high-fiber vegetables such as cherry tomatoes or arugula.

On the other hand, total fat makes up 63% of daily calories in phase one – much higher than the recommended total fat intake of 25% to 35% for adults.

Overall, you’ll eat three servings of protein a day and two to four servings of added fat, along with your net 12 to 15 carbs plus any remaining net carbs from foods like legumes, nuts or seeds, and fruits, vegetables and whole grains.

With keto, you can find many versions – there’s no single, established plan. Some people stay on keto indefinitely, whereas others cycle in and out.

Keto emphasizes weight loss through fat burning. You slash the carbs you consume and fill up on fats instead. By doing so, you safely enter a state of ketosis, according to diet proponents.

In ketosis, your body breaks down both dietary and stored body fat into substances called ketones. Your fat-burning system now relies mainly on fat – instead of sugar – for energy. That can lead to quick weight loss.

In general, keto plans call for restricting carbs to about 15 to 20 net carbs a day. Fat intake makes up roughly 70% of daily calories.

For a salad, greens such as spinach, kale and lettuce, along with broccoli, cauliflower and cucumbers, are OK, but starchy veggies – such as corn and sweet potatoes – are too high in carbs. Salad dressing could consist of oils like avocado, olive, canola, flaxseed and palm, or even mayonnaise.

Similarities Between Keto and Atkins

The emphasis on low carbs and higher fat is similar, particularly in the initial, most-restrictive Atkins phase. In Atkin Phase 1, total carbs make up only 10% of calories from daily meals. For keto, in general, total carbs are even lower at 7% of daily meals.

If you like the convenience of branded Atkins products, prices are comparable to standard grocery store products. Atkins shakes cost about $7 for a four-pack, snack bars cost about $6 for a five-pack and (low-carb) penne pasta is about $4 for 12 ounces. Atkins delivery meal kit options range from about $75 to $90 for a week’s worth of meals.

Keto-friendly products are increasingly available in stores and online. A 12-pack of high-protein, low-carb chocolate chip cookies can cost about $18. Soy spaghetti costs about $10 for a 7-ounce pack. The cost of keto meal delivery services ranges anywhere from about $10 to $22 per meal.

“With the keto diet, the strongest research from a health standpoint is for blood sugar management,” says Carrie Dennett, a Seattle-based registered dietitian nutritionist. However, she adds, for people who cycle on and off keto, this becomes more difficult.

According to some research, low-carb diets like Atkins may raise good HDL cholesterol and lower blood pressure, and therefore reduce the risk of heart attack and stroke.

Both Atkins and keto land near the top in the U.S News rankings of Best Fast Weight-Loss Diets.

People are drawn to keto because they want rapid weight loss, says Sharon Palmer, a registered dietitian and author of the Plant-Powered Dietitian blog. “They just suffer so they can lose weight quickly,” she says. “There is no doubt that when you’re restricting your diet that significantly, you’re going to lose weight – and it’s dramatic weight loss that’s hard to achieve in other diets.”

For both Atkins and keto, health benefits from low carbs could be offset by potential health risks from their higher fat content.

Restricting entire food groups in itself poses health risks. For instance, the gut’s microbiome relies on different types of fibers found in plant floods, Palmer says. If you’re severely cutting carbs, then you’re not getting that fiber.

“Nutrients like phytochemicals are found in plant foods that are rich in carbohydrates,” Palmer adds. “So where are people getting all those nutrients when they’re eating so few fruits, grains and pulses?” Pulses include beans, peas and lentils.

“There’s also a concern that people on keto or Atkins have a very difficult time staying on them,” Palmer says. Yo-yo dieting has been linked to future weight gain and increased body fat.

Differences Between Keto and Atkins

Cost variations with keto and Atkins depend on your personal food choices. With keto, you could opt for prime beef from grass-fed cattle or pork roast on sale. Similarly, with Atkins you could opt for organic free-range chicken or chicken thighs in economy packs.

Because Atkins is more established, there’s more research available to support its safety and lack of major side effects.

Following a keto diet may help endurance athletes, although more research is needed to back this.

One issue is whether would-be keto adherents are truly reaching a state of ketosis. “A lot of people think they’re doing keto but they’re not,” says Carrie Dennett, a Seattle-based registered dietitian nutritionist. “They’re not actually eating low enough carbs and high enough fats to go into ketosis.”

For Atkins, few short-term health effects have been reported beyond some minor side effects such as weakness, nausea, irritability and bad breath.

Keto may pose health risks for people with certain medical disorders and is not considered safe for those with kidney or liver conditions. Hormonal changes may include dramatic effects on insulin and reproductive hormones. The use of keto for people with diabetes, especially among those taking insulin, remains controversial.

Which One Is Better?

Keto may work better for people who are willing to make a dramatic change in their diet to achieve ketosis, whereas Atkins may be a better fit for those looking for a less restrictive, more familiar plan. Here’s what to consider:

Not advised for people with liver or kidney conditions.

Lisa Esposito has been a patient advice reporter for U.S. News since 2014, writing about …  Read more