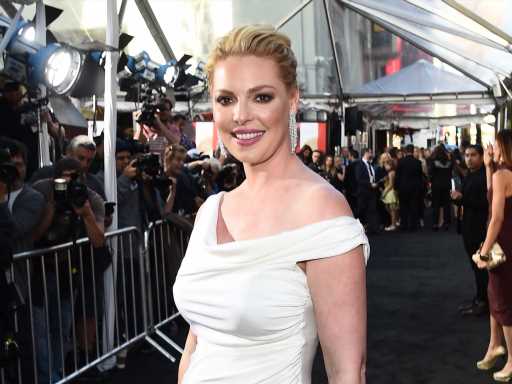 Talking to our children about race and racism is no easy task, and it’s certainly complicated for mothers like Katherine Heigl, who has a Black daughter, a Korean daughter, and a white son. In an interview with Kelly Clarkson on Thursday, she revealed she found one way to speak about the harsh realities of racism with her daughters without breaking down their self-esteem.

This is something the Grey’s Anatomy alum also revealed in the spring, following the death of George Floyd.

One solution Heigl has found to broaching the subject with her kids is to watch TV shows and movies that tackle it.

“What we started doing is watching a lot of programs together, and there was one in particular that was dealing with racial issues and some nasty, ugly things were said,” Heigl told Clarkson. “And we stopped it to talk to Adalaide, and said, ‘Now, Adalaide, you know that if somebody ever said something like that to you or treated you that way, that has nothing to do with you. That is completely about them.’ And she goes, ‘I know, I already know. I am totally beautiful and super cool.’”

Heigl joked that maybe she also needs to start teaching Adalaide about humility.

Clarkson could relate to this other challenge of raising girls to be strong and spirited.

“My little girl, she is so independent and full on, and it drives me insane, and sometimes I cry at night,” Clarkson said of 6-year-old River Rose. “But also at the same time, you don’t want to break her little spirit, because it’s like, ‘You’re a force and that’s who you are.’”

Heigl agreed with this.

“It’s been interesting, this uninterrupted time to get to know them now,” she said. “They’re totally different than they were five years ago or two years ago. Their little personalities are blooming. And Adalaide is a spitfire. But I want to encourage that, I keep saying, ‘for good and not evil.’”

These other celebrities have broached the difficult topic of race with their children.