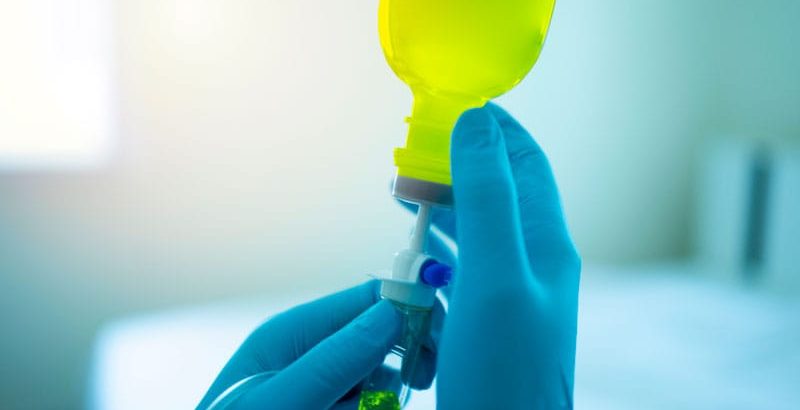 More patients in septic shock who received vitamin C infusions died or experienced greater organ dysfunction than those who received placebo — an unexpected finding that has mystified experts in the field, according an article published in The New England Journal of Medicine.

“This was an unexpected finding, and the secondary analyses — which included the evaluation of five biomarkers of tissue dysoxia, inflammation, and endothelial injury measured up to day 7 — did not determine a putative mechanism for harm,” say the researchers, led by Francois Lamontagne, MD, associate professor and intensivist at the University of Sherbrooke in Quebec, and Neill Adikhari, MDCM, associate professor in critical care at the University of Toronto.

The findings — which come from LOVIT, a randomized, placebo-controlled trial of 863 patients in Canada, New Zealand, France, and other countries — throw into doubt the use of vitamin C for people with sepsis.

The antioxidative properties of vitamin C, it has been thought, could help protect organs from damage caused by oxidation in patients who go into septic shock. Two smaller studies found that vitamin C was beneficial.

In a study with 167 patients, a randomized, placebo-controlled trial known as CITRIS-ALI, among patients in septic shock who had acute respiratory distress syndrome (ARDS), overall mortality was better and Sequential Organ Failure Assessment (SOFA) scores were better for patients who received vitamin C than for those who received placebo, as shown by an analysis that included adjustments to account for the SOFA scores of patients who had died.

But a meta-analysis determined that the evidence of benefit from vitamin C was of low certainty.

In the LOVIT study, 429 patients were randomly assigned to receive a vitamin C infusion every 6 hours for 4 days, and 434 were assigned to receive placebo. At baseline, almost all patients had received vasopressor infusion. At 28 days, 191 of 429 patients (44.5%) in the vitamin C group had died or had persistent organ dysfunction, compared to 167 of 434 (38.5%) in the placebo group. This amounted to a treatment effect of 1.21 (P = .01).

The investigators had no easy answer for the difference in outcome compared to the CITRIS-ALI trial, in which 28-day mortality was 46.3% for the placebo group vs 29.8% for the vitamin C group (P = .03).

But they did note that in the LOVIT trial, patients did not have to be in severe respiratory failure, whereas in CITRIS-ALI, they did. In addition, in LOVIT, patients might have been recruited sooner after developing sepsis; they were administered vitamin C within 4 hours after randomization, compared to 6 hours in the CITRIS-ALI trial.

The investigators also say, “One plausible explanation for the divergent findings regarding mortality is that large effect estimates from smaller trials may occur by chance.”

Alpha A. Fowler, MD, professor at Virginia Commonwealth University and principal investigator for CITRIS-ALI, also had no ready explanation.

“I can tell you the results of the trial were surprising,” he said. “I’m still struggling to understand it.” He is currently leading a trial called ASTER, in which sepsis patients are randomly assigned to receive vitamin C, acetaminophen, or placebo.

“Patients are no longer being enrolled in the vitamin C arm,” he said. “I’m not going to be using it until there’s another clinical trial that shows it’s safe.”

The new findings do not dovetail with his clinical experience with vitamin C, he said. He once helped treat a 20-year-old woman on spring break who became short of breath on a flight home from Italy after contracting a viral illness. Her lungs were so full of fluid she could not undergo ventilation or oxygenation, he said. After an infusion of vitamin C, she recovered and needed only nasal oxygen at 5 days.

“It was amazing,” he said. “I was very happy that we had finally discovered something that could help people survive and get them off ventilators and out of intensive care. But with the LOVIT trial… I guess it’s thrown some confusion into whether vitamin C will ever be used again.”

Tom Collins is a freelance writer in South Florida who has written about medical topics from nasty infections to ethical dilemmas, runaway tumors to tornado-chasing doctors. He travels the globe gathering conference health news and lives in West Palm Beach.