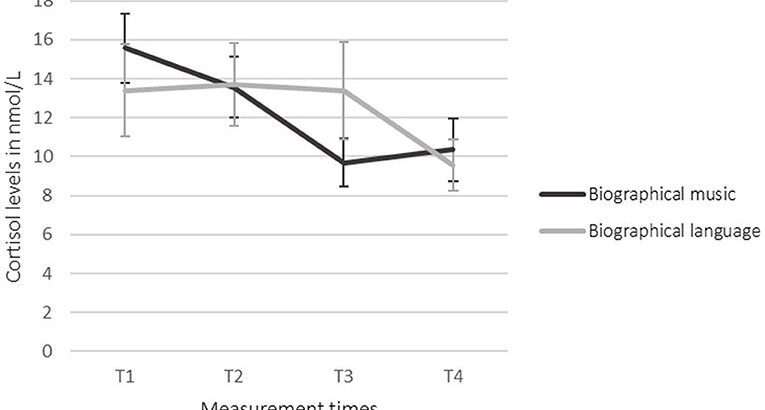 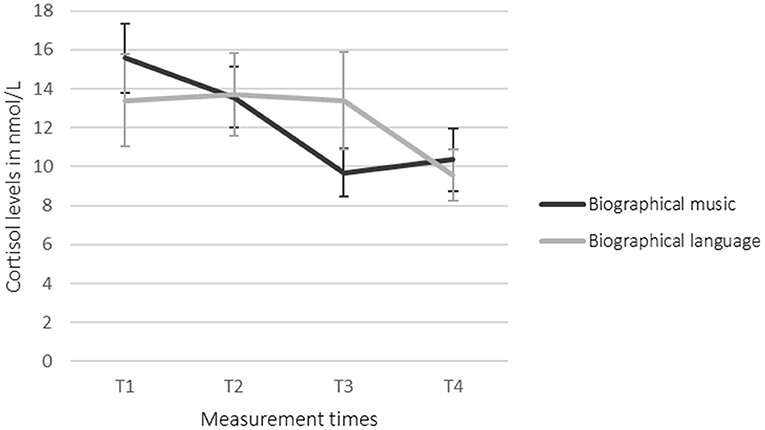 Can music improve the quality of life of people with disorders of consciousness? In her doctoral thesis, cognitive linguist Teresa Grimm examined this question from different perspectives.

The signs are extremely subtle: the patient’s breathing accelerates and her heartbeat quickens. She lies on the bed and appears to be sleeping while a music therapist hums a gentle melody. But the therapist notices the barely perceptible reaction and adjusts the rhythm of her melody to the patient’s breathing, touching her arm lightly to make contact. Finally, she places a rattle in the patient’s hand and carefully moves her arm in harmony with the sounds.

“There are frequent reports of music triggering changes of behavior in people with severe disorders of consciousness; they might blink or make chewing movements, or sometimes even move their arms and legs,” reports Dr. Teresa Grimm. Yet there have been very few systematic studies examining the effect of music or music therapy on such patients to date.

This is hardly surprising: “People with disorders of consciousness cannot express themselves verbally, and only very rarely remember the music therapy afterwards, so there will be no full certainty about how they perceive therapeutical interventions.” says Grimm.

But precisely because there is the possibility that these individuals are more aware of their surroundings than they appear to be, the scientist considers it a moral imperative to give them the best possible care. For this reason, she decided to investigate the effectiveness of musical interventions for this group of people in her doctoral thesis at the University of Oldenburg’s Department of Music.

Patients can benefit from music therapy

Professor Dr. Gunter Kreutz supervised the project, while medical advice was provided by Professor Dr. Andras Zieger, former head physician of the Department for Early Neurological Rehabilitation at the Evangelisches Krankenhaus Oldenburg, and his successor, Dr. Martin Groß. Part of the project was carried out at the Evangelisches Krankenhaus, where Zieger first introduced music therapy.

Disorders of consciousness (DoC) caused by severe brain injuries can take different forms. Generally, those affected are fully dependent on assistance and unable to communicate verbally. However, some of these patients are not in a full, deep coma but have a sleep-wakefulness rhythm, open their eyes every now and then, or react to stimuli.

These forms of impaired consciousness are known as “unresponsive wakefulness syndrome” or “minimally conscious state”. In some patients the condition improves over time, and some even eventually regain consciousness.

To gather as much evidence as possible about how music interventions influence these patients’ quality of life, Grimm approached the topic from different perspectives. She first studied the literature to gain an overview of current research on the topic.

In this initial phase she already found indications that music can be beneficial for these patients: various positive effects—including increased blinking, changes in facial expression, deeper breathing or changes in the heartbeat—were systematically described in several scientific studies. In some studies, increased brain activity was even observed.

Establishing an emotional bond by singing

In the second part of her doctoral project Grimm focused on music therapy. In an interview study, she found that treatment concepts vary considerably. Most therapists prefer to play the music themselves, rather than use recorded music, to create a closer bond with the patient. They often begin the therapy session by touching the patient or singing a song and then interactively adjust to any physical responses.

Their preferred instrument is the voice, because it is particularly effective in establishing an emotional bond and sense of connection. Among the musical instruments used in these interventions are guitars, small harps, kalimbas and singing bowls.

The interviewed therapists advise against continuous exposure to music, for example leaving the radio switched on, as this may lead to overstimulation. They recommend that even music that a patient enjoyed listening to in their earlier life—known as biographical music—should only be played in the company of professionals or close relatives, if possible.

In the third part of her project Grimm conducted an intervention study in which she examined the physical effects of biographical music and biographical language—for example audio books or excerpts from television programs—on 20 patients. In addition to data on functions such as heartbeat, oxygen saturation and electrical muscle activity above the eyebrows, four saliva samples were taken during the intervention. The researchers used these samples to measure several hormone levels, including the stress hormone cortisol.

“One study showed that cortisol levels drop significantly in people who don’t have a disorder of consciousness when they listen to music for relaxation,” reports Grimm, who is currently conducting research at the Department of Neurological Intensive Care and Early Rehabilitation at the Evangelisches Krankenhaus Oldenburg.

Such measurements have not yet been carried out in people with disorders of consciousness. But the study by Grimm and others produced an interesting finding: although biographical music did not significantly lower cortisol levels in patients with DoC, voice recordings were observed to have a stress-reducing effect. There were no changes in other hormone levels. Grimm and her colleagues published the results of the subprojects in several articles for scientific journals.

Grimm is now convinced that music interventions can be an important instrument for improving the quality of life of people with neurogenic disorders of consciousness. Even if the patients’ responses are often only subtle, there have also been cases in which a patient opens their eyes or even makes eye contact for the first time during a therapy session. And in some cases, such responses can be a precursor to lasting improvements.