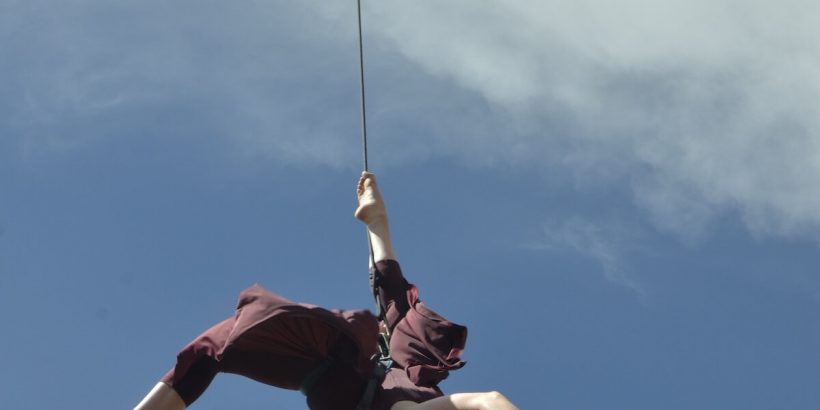 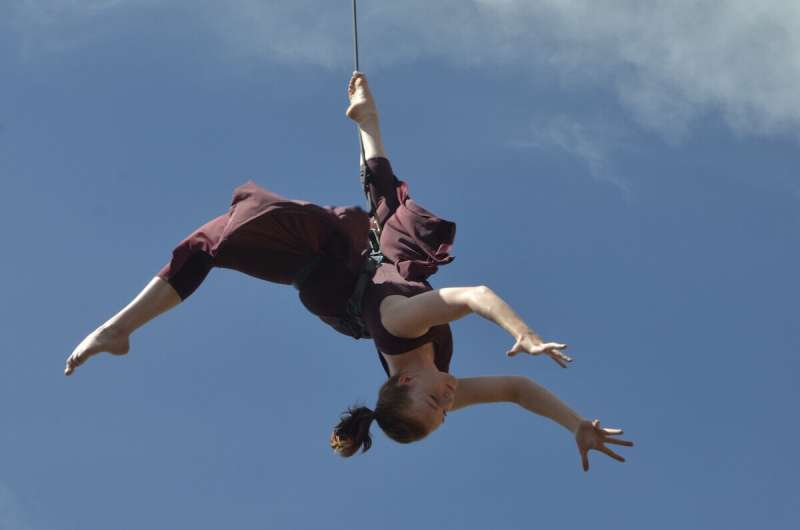 Qin Zhu, a UW professor of kinesiology and health, was lead and senior author of a paper titled “Extended Visuomotor Experience With Inverted Movements Can Overcome the Inversions of Effect in Biological Motion Perception” that was published Oct. 20 in Scientific Reports.

“As indicated by the title of the article, we proved that the inversion effect in biological motion perception (BMP) can be overcome,” Zhu says. “BMP is intriguing because it is a survival skill humans and animals both share. We can read the motions produced by others in same or different species and figure out who the actor is and what is intended by the actor. So, we can better prepare our response, either to escape or engage. However, if the motion is performed upside-down, or inverted, such a capability will be greatly impaired.”

Margaret Wilson, professor and head of the UW Department of Theatre and Dance, was second author of the paper. For the study, Wilson provided the list of vertical dance movements; facilitated motion-capture of the movements; recruited vertical dancers for the experiment; and revised the paper.

Xiaoye Wang, a postdoctoral fellow in the Department of Kinesiology and Physical Education at the University of Toronto, was another lead author of the paper. Zhu worked with Wang to conceptualize and implement the study; analyze results; and draft and revise the paper.

“Therefore, spectators who have seen vertical dance performances before will have a better understanding of inverted movements than those who have never seen such a performance,” Zhu says. “And, for those who want to learn and perform vertical dance in the future, both visual and motor training—with respect to the inverted movements—are required to improve awareness and perception of self-movements in relation to partners or spectators while performing vertical dance.”

“Relating to science fiction, Spiderman should have a superior ability over others to read any inverted movements,” Zhu says.

A follow-up study, using an eye tracker, has been performed to examine the visual search patterns of vertical dancers versus traditional dancers while each group observes the point-light displays to judge the actions.