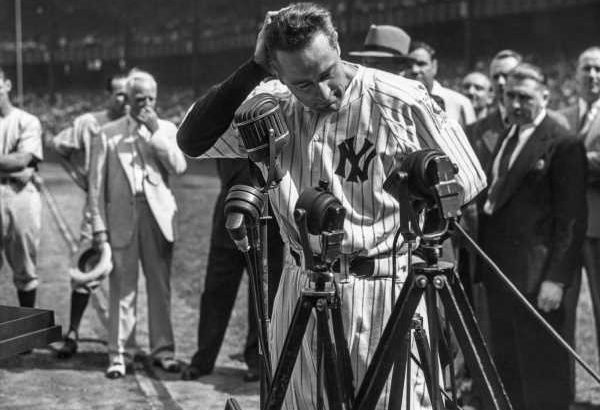 The research showed that people who exercised vigorously, and who also carried genes tied to ALS, developed the disease at younger ages than those who were sedentary. The findings suggest that exercise could exacerbate a genetic predisposition to the devastating disease.

“We are used to thinking of exercise being good. In this unusual case, intense exercise is bad for you,” said study co-author Michael Snyder, chair of the Department of Genetics at Stanford University.

ALS is a progressive and fatal neurodegenerative disease that results from the death of motor neurons, or nerve cells. No one knows exactly why this happens. It is also known as Lou Gehrig’s disease after the legendary baseball player who was diagnosed on his 36th birthday, after setting the record for playing the most consecutive professional baseball games. (Famous physicist Stephen Hawking was struck by the disease in his early 20s.)

The role of exercise in the development of ALS was controversial. The disease affects anaerobic fast-twitch muscle fibers, but systematic reviews of past research failed to show a connection between exercise and ALS. Because the disease typically presents later in life, it is often referred to as a “two-hit” disease, meaning that a person may have the genes for the disease (the “first hit”), but a second switch must be flipped for that person to get sick. The new study suggests that for ALS, frequent and prolonged exercise may be a “second hit” that turns such genes on or off, thereby leading to neuronal death.

For the new study, researchers relied on data from the U.K. Biobank, a biomedical database containing in-depth genetic and health information for half a million people. The researchers first identified individuals who exercised at least two to three days per week. They then used a statistical technique to analyze the relationship between exercise and ALS and found  that the risk of ALS was directly proportional to the dose of frequent strenuous, and likely anaerobic, exercise.

In the second part of their study, the researchers asked 36 healthy people to do aerobic exercise, then drew blood to see how that exercise changed the expression of genes known to be associated with ALS, including the most common ALS risk gene: C9orf72. This gene codes for a protein of the same name, which is found in brain cells and other nerve cells, including those that direct movement, according to MedlinePlus, a service of the National Library of Medicine. A mutation in the gene for this protein is found in up to 40% of people with familial ALS, according to the ALS association.

Exercise reduced the expression of C9orf72, which mirrors the decreased expression found in ALS patients with a mutation in this gene.

While strenuous exercise increased the risk of ALS, being sedentary did not decrease the risk of developing ALS, nor did having more body fat.

Snyder was surprised by the results. “I find this whole thing quite remarkable,” Snyder told Live Science, “that exercise exacerbates a genetic condition for a disease.”

For study co-author Johnathan Cooper-Knock, a researcher and lecturer on genetic neuromuscular diseases at the University of Sheffield in the U.K., the most surprising aspect was the significant number of known ALS risk genes that were affected by acute exercise. “This suggests that exercise could play a role in all forms of ALS, including ALS that we may have previously supposed was purely genetic,” he told Live Science.

In Cooper-Knock’s view, his research group has likely ended the controversy of exercise’s role in ALS and showed that physical exercise is a risk factor for the disease. “Our hope is that the community will build on this and take it to the next step, which is to quantify the risk of exercise-induced ALS for individuals based on their personal genetics and environment,” he said.

He hopes this will lead to potential prevention measures or at least appropriate counseling. “This will allow us to identify at-risk individuals and offer individualized counseling to allow them to make informed decisions regarding their exercise habits,” Cooper-Knock said.

—How do people die of ALS?

—7 biggest mysteries of the human body

—Genetics by the numbers: 10 tantalizing tales

At the moment, the researchers are not recommending that any ALS patient or family members, including individuals with C9orf72 mutations, change their exercise habits. More work needs to be done in a larger cohort, because the way the gene is expressed could vary a lot, the researchers said.

They are, however, advocating for genetic screening of ALS patients to deepen understanding of the roles genetics and environment play in the disease.

As to whether Lou Gehrig’s iron streak may have led to his development of ALS, Snyder commented, “It seems very likely.”

The findings were published May 26 in the journal The Lancet.

Jonathan D. Gelber, MD, MS is an orthopedic sports medicine surgeon. He received his medical degree from Mount Sinai School of Medicine and earned a masters degree in Biomedical Engineering from Columbia University. His work has appeared in The Guardian, Newsweek, and Salon. He is also the author of  “Tiger Woods’s Back and Tommy John’s Elbow: Injuries and Tragedies That Transform Careers, Sports, and Society,” (Sports Publishing, 2019). You can follow him on Twitter @JonathanGelber.