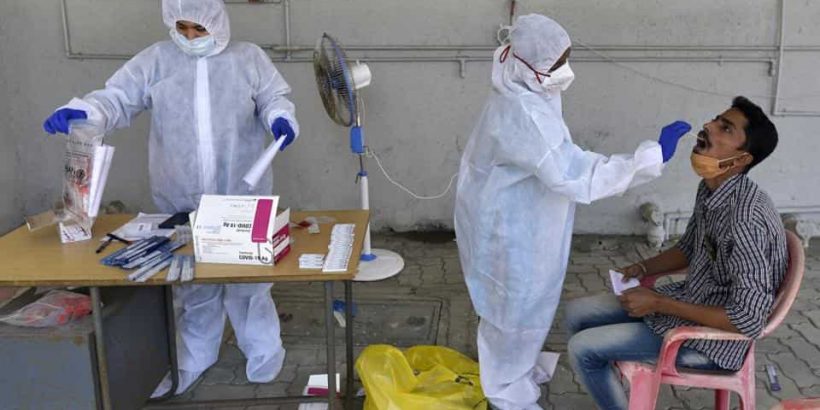 India crossed an important milestone in the fight against the coronavirus disease (Covid-19), with the country’s active caseload falling below the three lakh-mark. On Tuesday, the Union health ministry said on Twitter that the number of active cases in the country stands at 2,92,518 – lowest in 163 days.

The active cases now make up just three per cent of the overall cases in the country.

The health ministry also said that India recorded less than 20,000 new Covid-19 infections in the past 24 hours, the lowest in 173 days. The daily infection count stood at 19,556 on Tuesday; it’s the first time since July 2 that the infection count has gone so low.

Daily recoveries have exceeded daily infections in India since the past 25 days and the recovery rate stands at 95.65 per cent. A total of 96,36,487 patients have recorded so far, of which 30,376 recoveries were reported in the last 24 hours. The count is at least 10,000 more than the daily new infections reported on Tuesday.

Ten states/Union Territories contribute for 75.31 per cent of the new recoveries with Maharashtra leading the list after recording 6,053 single day recoveries. Kerala and West Bengal follow with 4,494 and 2,342 recoveries respectively.

Air travel between India and the UK has been suspended following the detection and the rapid spreading of a new strain of Covid-19 in the UK. Also, passengers arriving at international airports are being tested for the infection and are quarantined as per the standard operating procedure (SOP) provided by the ministry.