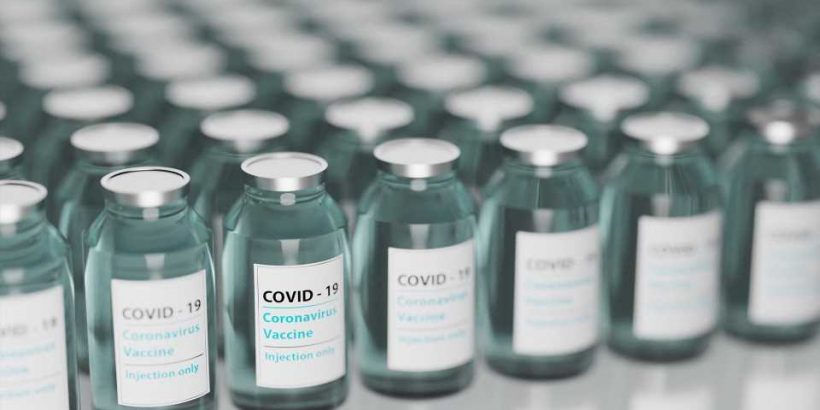 India on Monday opened its COVID-19 vaccination drive to all adults from May 1, as the vast nation battles a massive spike in infections that has forced the capital into a week-long lockdown.

India, which currently limits shots to over-45s, kicked off its inoculation drive in mid-January and has administered more than 123 million shots so far.

But experts have been calling for the vaccination programme to be sped up to combat the virus spread, which has placed a huge strain on the already overstretched healthcare system.

Since daily increases fell to below 9,000 in early February, cases have been rising quickly, with a new record-high of 273,810 infections on Monday to take the total to 15.06 million.

“In a meeting chaired by (Prime Minister) Narendra Modi, an important decision of allowing vaccination to everyone above the age of 18 from 1st May has been taken,” the health ministry said in a statement.

India last week authorised the emergency use of Sputnik V COVID-19 vaccine—the third to be given approval after Oxford-AstraZeneca’s Covishield and Covaxin, which was developed by Indian firm Bharat Biotech.

The government said it would also fast-track approval of vaccines not made in India.

The vaccination announcement came hours after New Delhi said it would impose a week-long lockdown from Monday night.

The megacity of 20 million people has struggled to contain its virus surge, with hospitals running out of beds and oxygen supplies low.

“If we don’t impose a lockdown now, we will be looking at a bigger disaster.”

He said businesses would be shut and movement around the northern city of 20 million limited to essential services.

The healthcare system was “under severe strain” and had “reached its limit”, Kejriwal added.

In the last seven days, India has recorded more than 1.4 million cases—an increase of 64 percent on the previous week, according to data compiled by AFP.

Experts blame complacency about the virus, with the spike coming after daily cases fell below 9,000 in February.

There is also growing concern that virus variants, including a “double mutant”, are fuelling infections.

“The only long-term solution to COVID-19 is to vaccinate as many people as possible,” added Ashoka University physics and biology professor Gautam Menon.

But experts also warned that the country, which has already slowed its exports of vaccines to meet local demand for jabs, still needed to prioritise its older citizens.

“We hope the supply-demand challenges will not reduce the availability of the vaccine for 35-plus age group which is more vulnerable and needs protection on a priority basis,” K. Srinath Reddy, head of the Public Health Foundation of India, told AFP after the announcement.

Following the announcement, tens of thousands of workers crowded Anand Vihar Terminal in east Delhi, waiting to take buses to their home states, according to an AFP reporter on the scene.

Long queues also formed outside Delhi’s food and alcohol stores in several neighbourhoods, in scenes reminiscent of the rush ahead of last year’s nationwide lockdown.

Last year’s harsh restrictions put millions of poor daily-wagers out of work, with many fleeing cities for their villages—often on foot with some dying along the way.

“I hope it is not a long lockdown. It gets really tough for people like us,” said flower vendor Surinder Singh.

The national government has said it will address states’ appeals for more medical supplies.

Experts warned that religious festivals, including the Kumbh Mela attended by millions of pilgrims, and packed state election rallies had become “super-spreader” events.

Following a call from Prime Minister Narendra Modi for its rituals to be observed symbolically, officials at the Kumbh Mela in the northern city of Haridwar said the festival’s main sects had left and the “site is nearly empty”.