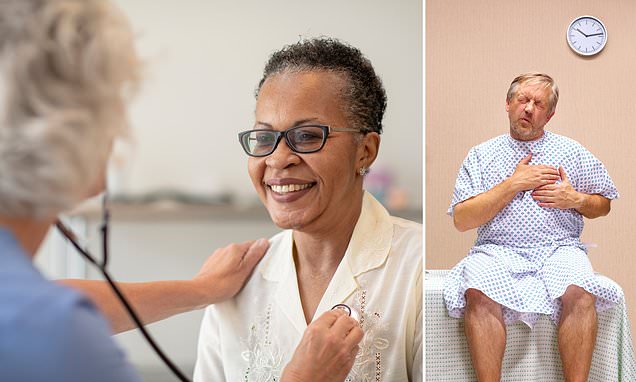 An electrical device the size of a watch could revolutionise the treatment of heart failure, a condition that affects nearly a million people in the UK.

The implant releases an electric current to help strengthen and even regenerate a weak or damaged heart muscle, and so improve its pumping action. This pushes more blood around the body, helping patients exercise more easily and enjoy a better quality of life.

Heart failure occurs when the muscle becomes weakened, typically as a result of heart disease, high blood pressure, irregular heart rhythms or the damage caused by a heart attack. 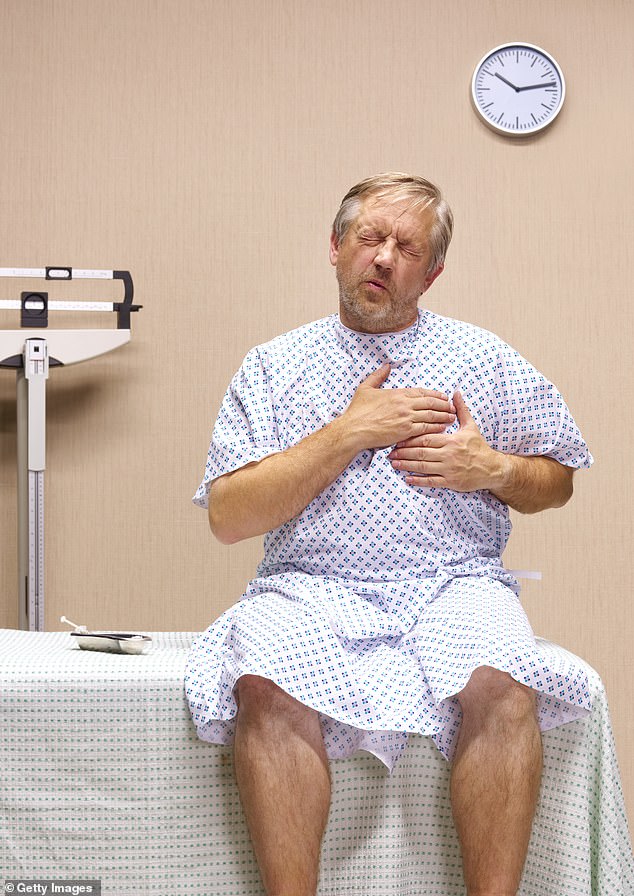 Germany-based Berlin Heals, have developed an electrical device that could revolutionise the treatment of heart failure (file image)

Symptoms include breathlessness, feeling permanently tired and having swollen ankles — these worsen over time.

A recent study from Keele University showed that people who have heart failure have a higher risk of premature death than those with common types of cancer.

Treatment involves managing the symptoms — there is currently no cure — and ranges from drugs that widen blood vessels to improve blood flow, to surgery to bypass clogged arteries, and heart transplants.

Although transplants can be highly effective, there is a shortage of donor organs.

The new device may help those who don’t respond to medication and could delay the need for a heart transplant, or avoid the need altogether.

It consists of a small implanted generator, which is attached to two electrodes.

Watching Spider-Man may reduce fear of spiders, according to a study in the Frontiers in Psychology journal. Researchers who studied 400 people found just seven seconds of viewing the superhero in action resulted in a 20 per cent drop in phobia symptoms. Viewers may be seeing a positive side to the creature they fear.

One of the electrodes, in the form of a mesh patch, is attached to the outside of the heart muscle, while the other sits in the left ventricle, one of two large chambers towards the bottom of the heart that collect and expel blood.

The implant is inserted under general anaesthetic in a procedure that involves only two small incisions in the chest. It takes around an hour.

Research in animals has already shown that improving the strength of the heart’s contractions can cause muscle cells to regenerate and work more effectively.

Developed by Germany-based Berlin Heals, the new device has been successfully used in humans for the first time in hospitals in Austria and Serbia. After three months, the first patient treated with the device is already showing signs of regeneration. 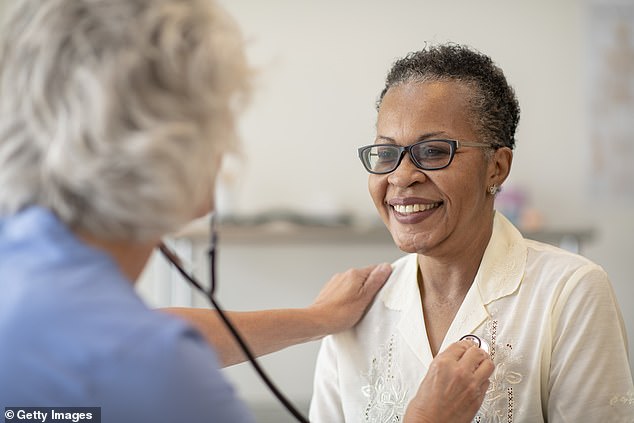 Dr Punit Ramrakha who is a consultant cardiologist at Hammersmith Hospital, said the risk of the procedure may outweigh the clinical benefits (file image)

Dr Punit Ramrakha, a consultant cardiologist at Hammersmith Hospital, says the device may be another option for patients with advanced heart failure who haven’t responded to conventional therapy.

But he adds: ‘The risks of the procedure — which requires a general anaesthetic — may well be outweighed by the clinical benefits, and we look forward to seeing the results of the clinical trials.’

The idea is that the battery-powered device, which is about the size of a mobile phone, stimulates nerve fibres, leading to increased blood flow.

Doctors at the Chang Gung Memorial Hospital in Taiwan plan to test it.

The best time to take your medication. This week: Diuretics

Used to treat heart failure and high blood pressure, diuretics — or water tablets — increase the amount of salt and water that comes out of your body in your urine.

They also cause the walls of the blood vessels to relax and widen, making it easier for blood to flow and so reducing blood pressure.

The downside of the medication is more trips to the toilet.

Doctors advise the best time to take the pills is in the morning. The effects last for six hours. If you need a second dose, take it by mid-afternoon to avoid extra loo trips at night.

Altruist Anti-Redness and Pigmentation Cream has SPF50 in it and also works as a concealer, so it’s ideal for those with rosacea or other sensitive skin conditions (£12.50, 50ml, amazon.co.uk).

How parenthood affects your health. This week: Weight gain

Having children is linked to a long-term increased risk of obesity in women.

A 2005 study of more than 2,000 women, published in the journal Preventative Medicine, found that for each child a woman has, her risk of obesity increases by 7 per cent.

After taking into account factors such as age, marital status and physical activity levels, researchers found that rates of obesity were significantly higher among women who had more children.

‘Our results suggest pregnant women, especially those with several children, are an important high-risk population for obesity in later life,’ they said.

The weight gain may be caused by insulin resistance, which is greater in women with more children, as pregnancy can alter glucose metabolism. Another cause could be stress.