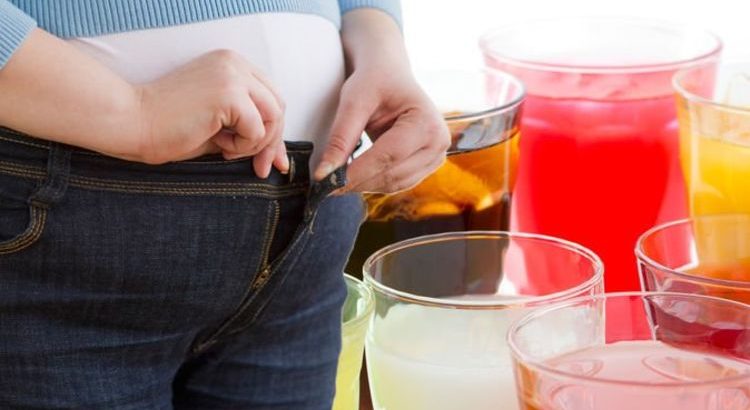 Visceral fat is easily overlooked as a grave health concern because you cannot see it – it is located deep below the surface near vital organs, such as the liver and intestines.

The ‘ignorance is bliss’ mentality is misguided, however, because its positioning in the body means it can interfere with vital bodily mechanisms, raising your risk of developing deadly complications such as heart disease and even cancer.

To lead a long and healthy life, it is therefore vital that you take steps to keep visceral fat from accumulating or reduce if it builds up.

Diet plays a pivotal role in fending off the harmful belly fat, and while certain items, such as processed foods spell obvious trouble, certain drinks can be deceptively risky and in some cases, are an even worse catalyst for visceral fat.

Drinking alcohol may help many people unwind after a busy week in the office, but research suggests that drinking too much of it can also make you gain belly fat.

Observational studies link heavy alcohol consumption to a significantly increased risk of central obesity — that is, excess fat storage around the waist. 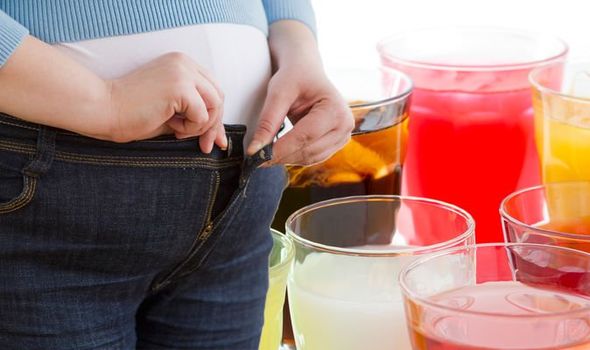 Further making the case for cutting back, research suggests easing up on alcohol may help reduce your waist size.

In a study in more than 2,000 people, those who drank alcohol daily but averaged less than one drink per day had less belly fat than those who drank less frequently but consumed more alcohol on the days they drank.

Sugar-sweetened beverages are loaded with liquid fructose, a type of sugar which can make you gain belly fat.

What’s more, sugary drinks seem to be a worse offender for visceral fat than sugary foods.

A comparative analysis of liquid and solid sugary items revealed that the brain doesn’t process liquid calories the same way it does solid ones.

As a result, you’re more likely to end up consuming too many calories later on and storing them as fat.

Fruit juice may provide plenty of vitamins and minerals, but it’s as high in sugar as fizzy drinks and other sweetened beverages. 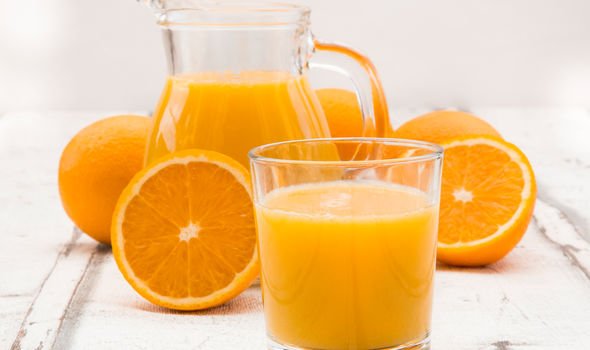 For example, an eight-ounce (240-ml) serving of unsweetened apple juice contains 24 grams of sugar, half of which is fructose.

How does fructose lead to visceral fat gain?

Evidence shows that in large amounts, fructose can get turned into fat by the liver.

This may increase visceral fat storage so slashing your intake of fructose is one effective way to reduce belly fat. 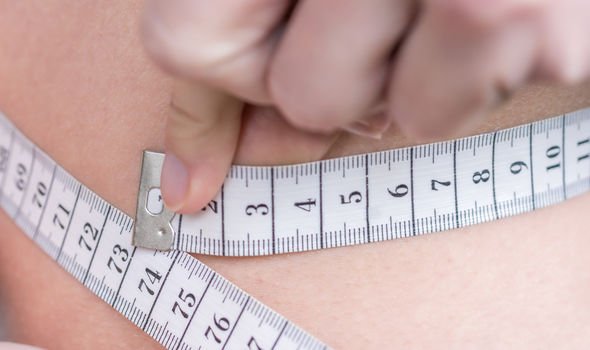 Other ways to combat visceral fat

According to Harvard Health: “Exercise can help reduce your waist circumference. Even if you don’t lose weight, you lose visceral fat and gain muscle mass.”

According to the health body, engaging in at least 30 minutes of moderate-intensity activity most days, such as brisk walking or bicycling at a casual pace, can provide visceral fat-burning benefits.

Studies have shown that you can help trim visceral fat or prevent its growth with both aerobic activity (such as brisk walking) and strength training (exercising with weights), says the health site.

It adds: “Spot exercises, such as sit-ups, can tighten abdominal muscles but won’t get at visceral fat.”