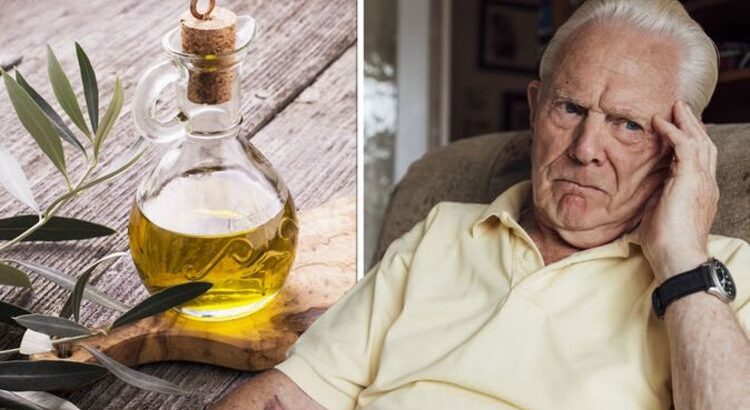 The ongoing war against dementia is set to intensify in coming years, as rates of the disease grow. Fortunately, some foods are able to prevent the formation of toxic clumps in the brain. A recent study observed a lower risk of cardiovascular disease, cancer and dementia in people who consume higher amounts of olive oil, compared to those who eat none.

The observational study, published in the Journal of the American College of Cardiology, looked at approximately 92,000 US men and women to determine the effects of olive oil on all-cause mortality.

During the study’s 28 year follow-up period, results showed that participants who consumed the highest amount of olive oil had a 19 percent lower risk of early death compared to people who never used it.

When looking at specific causes of death, researchers found individuals with higher olive oil intake had a 29 percent lower risk of dying from neurodegenerative diseases such as Alzheimer’s and Parkinson’s.

The chances of dying from respiratory disease were slashed by 18 percent, and the risk of dying from cancer was reduced by 17 percent.

When focusing specifically on the substitution of certain fats with olive oil, replacing 10 grams of margarine, butter, mayonnaise, or dairy, with the same amount of olive oil appeared to reduce the risk total and cause-specific death by eight percent and 34 percent.

Marta Guasch-Ferré, senior research scientist in the Department of Nutrition at Harvard Chan School, said: “Olive oil consumption has been linked to lower cardiovascular disease risk, but its association with premature death was unclear.

“Our findings confirm current dietary recommendations to replace animal fat with plant oils for the prevention of chronic diseases and premature death.”

The scientist continued: “Clinicians should be counselling patients to replace certain fats, such as margarine and butter, with olive oil to improve their health.

“Our study helps make specific recommendations that will be easy for patients to understand and hopefully implement into their diets.”

Because olive oil consists mainly of monounsaturated fat, it has long been recognised as a key player in the treatment of bad cholesterol.

Its protective role against brain diseases, however, is slightly more complex.

Many of the health qualities of olive oil have been put down to high concentrations of antioxidants.

Antioxidant and anti-inflammatory activity is critical for preventing the formation of toxic proteins in the brain.

This protein build-up, which is a hallmark of dementia, eventually prevents brain cells from communicating with one another.

According to the website Total Health: “[Olive oil] activates a process called autophagy – where cells break down and clear out intracellular debris and toxins.

“If this doesn’t happen it can mark the beginning of Alzheimer’s disease.

The healthy body adds: “Scientists believe extra-virgin olive oil is better than fruits and vegetables alone, and as a monounsaturated vegetable fat, it is healthier than saturated animal fats.”

Alongside their protective effect on the brain, antioxidants are also essential for preventing unwanted inflammation responses in the body – which characterise the majority of diseases.

Previous research has shown that adhering to a diet rich in fruit, vegetables, legumes, and grains could also help lower the incidence of inflammation.