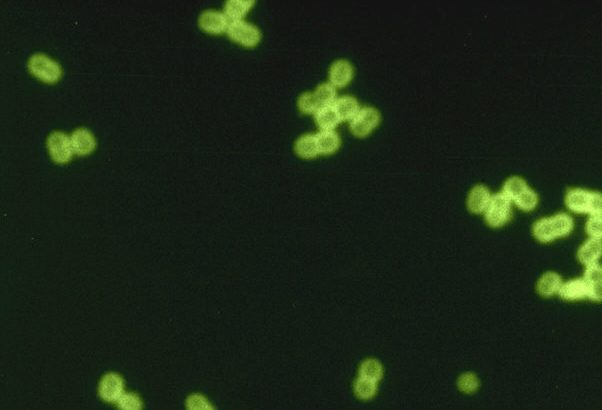 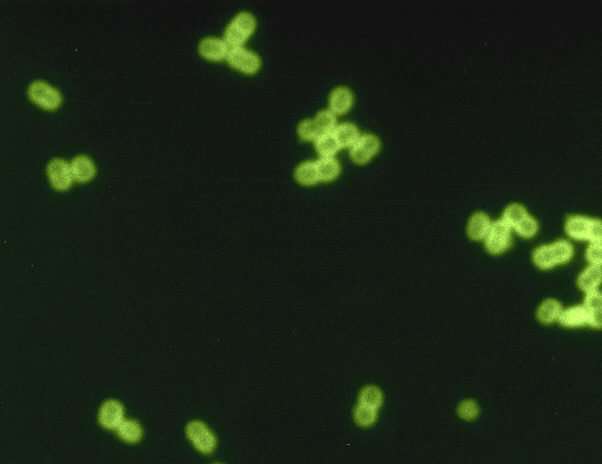 Vaccines that protect people from infection by Streptococcus pneumoniae, which kills up to 1 million children ever year worldwide, train the immune system to recognize the pathogen’s thick sugar capsule. Pneumococcus capsules are not only the active ingredient in vaccines; they’re also key to the pathogen’s virulence. But different strains have different capsules, which means vaccine researchers need to identify all capsule types.

This week in mBio, pneumococcus experts at the University of Alabama at Birmingham describe a newly-found capsule—the 100th to be identified since the pathogen was first discovered in the late 19th century. Microbiologist Moon Nahm, M.D., who led the study, said identifying new capsules is critical to keep up with the rapidly changing bacteria and update vaccines that can save lives.

Current pneumococcal vaccines contain 10-13 different types of capsules, and they cause a person’s immune system to produce antibodies against those capsules. “If you get rid of the capsules, then the bugs cannot cause the infection,” Nahm said.

But pneumococcus is a moving and constantly evolving target. As vaccines vanquish some capsules, new ones emerge that can shield the virus from the immune system. As a result, the vaccines become less effective, and the pathogen still poses a serious threat, even to immunized children. Nahm likened the pursuit of a pneumococcus vaccine to an ongoing game of whack-a-mole: Even as it protects people against known capsules, new ones pop up.

“Pneumococcus is smart,” said Nahm. “It’s critical for scientists to know about different capsule types.” In the last decade or so, Nahm’s lab in Birmingham—recognized as a reference lab by the WHO—has identified 10 new capsules. His research focuses on finding ways to make vaccines both more effective and less expensive. (The current pneumococcal vaccine costs about $100 per dose, putting it out of reach for many children in low-income countries.)

Nahm and his collaborators discovered the new capsule after being contacted by the Global Pneumococcal Sequencing (GPS) project. With funding from the Bill and Melinda Gates Foundation, GPS researchers had sequenced the genomes of more than 20,000 pneumococci strains. When those researchers found strains with capsule genes they didn’t recognize, they sent the strains to Nahm’s group, which identified the new and 100th capsule structure.

Notably, Nahm and his team discovered that some of the genes responsible for the new capsule came from oral streptococci, germs that live in the mouth and nose. Oral streptococci rarely cause diseases and are usually thought to be benign (though they can cause cavities). The connection suggests that the pathogenic pneumococci can capture advantageous genes from other, less harmful bacteria.